Imaging Innovation – How NX Lenses Came to Be 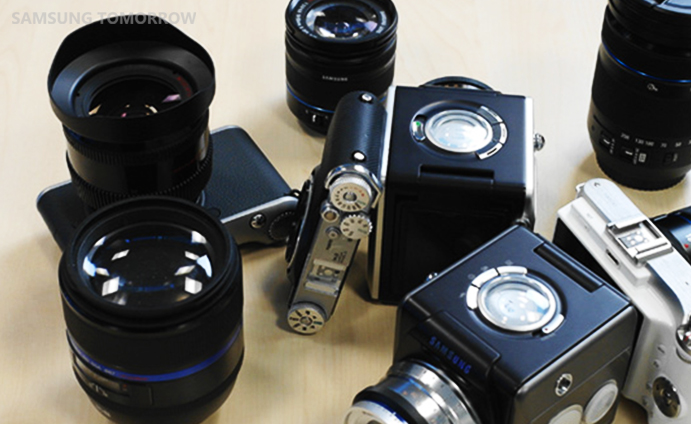 People face sharp tradeoffs when choosing cameras. Compact cameras are easy to use and carry around, but they don’t give you the best picture quality. On the other hand, DSLR Cameras have great quality but lack mobility. That’s why Samsung focuses on Mirrorless Cameras.

“The foremost importance of cameras is to capture precise pictures of what the customer sees to bring them maximum satisfaction. I believe that the movement from DSLR to mirrorless cameras is an inevitable path of evolution.”

The essence of the NX Series, as you might’ve guessed, is the lens. So we met with the creators of NX lens, the magic key to sharp images from a light, compact body.

[Product Planning Group] ‘i-Function’, the result of a consumer-oriented thinking 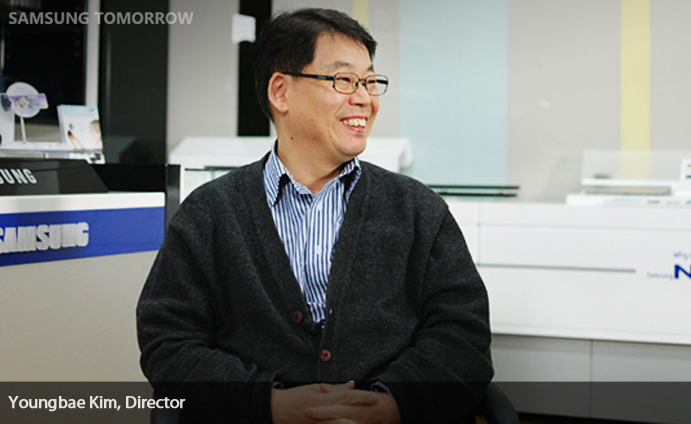 Director Youngbae Kim looked back to the moment his light bulb turned on. He was analyzing consumer demand and user habits when the question ‘How can I make taking pictures easier?’ popped in his head. He realized, people not only want to take better pictures, but they want it to be easier.

“Until then, lens development was all about improving picture quality. The bright idea was to add control functions to the lens, a part that traditionally would only move as maneuvered by the body. Now the lens would control the body.” 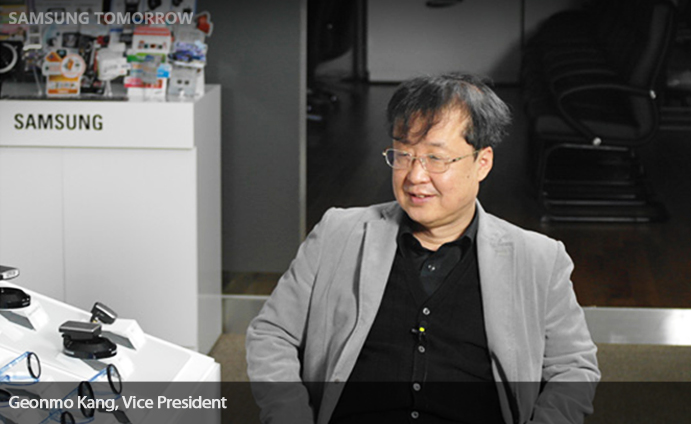 The success didn’t happen overnight. NX lens is the result of 20 years of research and know-how from making film and SLR cameras. Vice President Geonmo Kang said “The first and foremost priority of the Development team was to implement a ‘top-class optical performance’ lens at a reasonable price for the consumers.”

When the NX lens made its first appearance, it was difficult to solidify the technology and performance of the lens because mirrorless cameras were taking its first steps in the market. Though we had a lot of experience in developing compact cameras, our first attempt at interchangeable lens was going to be an unknown path bound for trials and errors.

“The lenses are like a living creature and are sometimes difficult to tame as intended. Working with lenses, I learned to talk to them. Curiously this had often given me insights that I couldn’t see before. “

Designing several types of custom lenses for the light and compact NX camera was one of those challenges, but the team eventually was successful in creating a ‘top-of-the-line optical performance’ lens. The team has developed not just one but several types of lenses such as the standard zoom lens NX 20-50mm, NX 18-55mm, telephoto lens NX 50-200mm, and pancake lens NX 20mm. 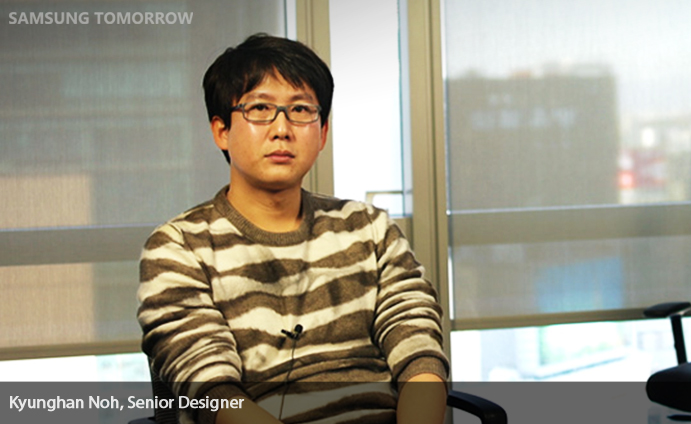 Senior Designer Kyunghan Noh, speaks out on new trends in design: “Though the role of design was minimal in the field of camera lens in the past, the importance of creativity is requiring a new insight in design even in the development process of the lens.”

The lens itself puts limitation on design options due to its small size and high-precision nature. But it was important for us to create a simple yet unifying design image. Each type of NX lens had to be designed to express the image of Samsung. We’ve catered to this new trend in lens design by adopting the representative color blue in the ‘blue-ring’ to identify the lens as a unique product of Samsung.

“The lens designers, like myself, must build experience by taking as many pictures as we can with the camera. In doing so, the insight into the perspective of customers is revealed through the act. I would like to hint those future cameras and lens designers to keep firing away!” 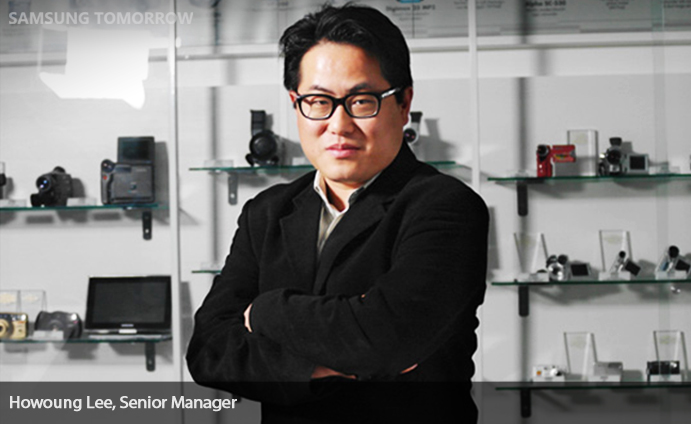 Senior Manager Howoung Lee has been with the NX series from its birth to mass production, and he pointed out the “brighter, faster, and quieter” performance of NX series as its unique accomplishment. He says, “What distinguishes this camera from other competitors is the quality pictures from the lens that strengthened its properties in terms of POP(Point of Parity), and implementation of the brand new i-Function in terms of POD(Point of Difference).”

“Because the camera transfers emotions and beliefs of people, I believe we need to have the same kind of passion and affection in order to move customers.” 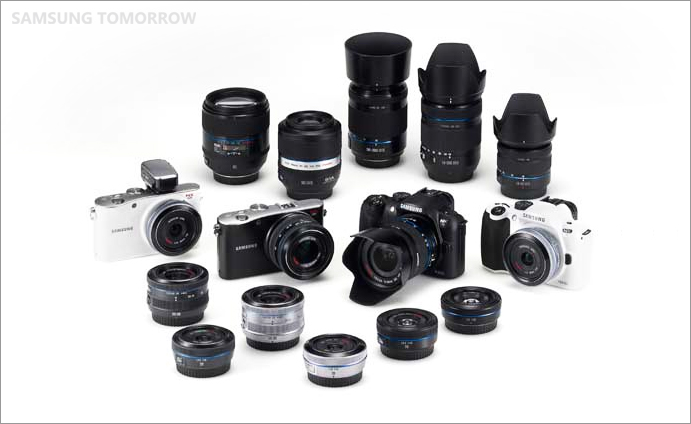 Samsung Electronics opened a new era of mirrorless cameras. We know the lenses that will follow in the footsteps will also consistently distinguish themselves in technology and performance. This confidence and consistent evolution of the NX lens will become the testimony of the passionate creators in each department.

For the full interview, check out these videos or the Samsung Digital Imaging Blog.

How the NX Lenses are launched into the World. PART I : The NX Lens Developers

How the NX Lenses are launched into the World. PART II : The NX Lens Planners