Mobile payments services have been in the news for the past year, with a variety of options vying for public acceptance. One of the most popular so far has been Samsung Pay, which is not only widely accepted and easy-to-use, but also incredibly secure, with several layers of security to ensure its users’ information stays safe. Why is Samsung Pay so secure? Because it protects people at three levels: guarding their private information (tokenization), requiring authentication and constantly monitoring their devices with Samsung KNOX.

When someone uses Samsung Pay to make a purchase, their card information is not actually shared with the merchant. Instead, Samsung Pay uses “tokenization,” meaning a digital token is created instead for each transaction, turning the card number into a unique identifier through an algorithm. The token is then stored in a secure area or as a separate hardware component (depending on the region).

By keeping people’s information out of the purchase process, this takes away the potential for their personal data to be picked up and used by outside parties. It’s a simple idea that means a major increase in the safety in the payment system. 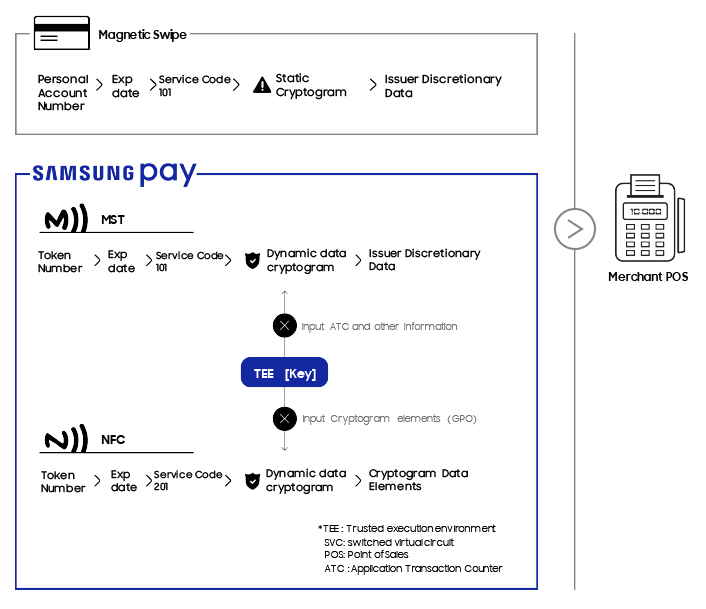 Another important part of maintaining Samsung Pay security is the user authentication process. All transactions also require that the user confirm the purchase, either by a PIN or a fingerprint. Payments must be authorized with the user’s PIN or fingerprint so their mobile device only allows payments with the user’s consent.

Samsung KNOX, the Most Certified Solution

With multiple levels of security right out of the box, down to the hardware level, Samsung KNOX offers unprecedented security for mobile devices. Samsung KNOX constantly monitors devices, scanning for any malware or suspicious activity, providing defense-grade security from the moment a device is first turned on. With its series of security features, Samsung KNOX has the most certifications and authorizations by governments, militaries and enterprises among Android manufacturers, ensuring Samsung Pay is the safest solution possible.

Samsung Pay in the City That Never Sleeps

In addition to security, Samsung Pay is one of the most convenient mobile payments services on the market, combining both Near Field Communications (NFC) and Magnetic Secure Transmission (MST) technologies. MST is particularly useful because it is compatible with the majority of older card readers already in place at most retailers. 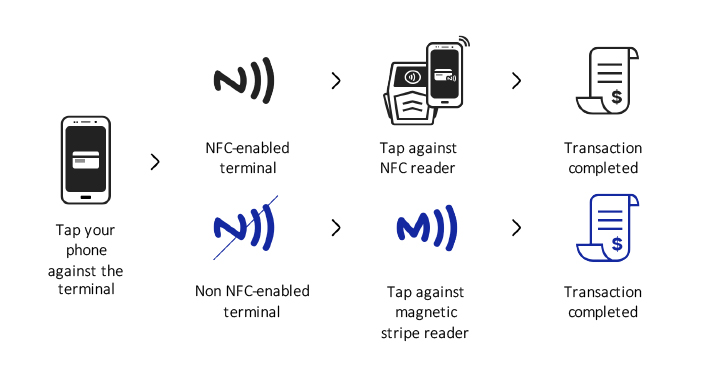 At 128 years old, Katz’s is famous for doing things the old-fashioned way, from making sandwiches to how it runs its business. They accept credit cards, but only using an older-style card reader. That’s no problem for Samsung Pay, though, which Buress successfully uses to purchase his delicious sandwich. If Samsung Pay is accepted at this famous New York institution, clearly Samsung Pay is here.