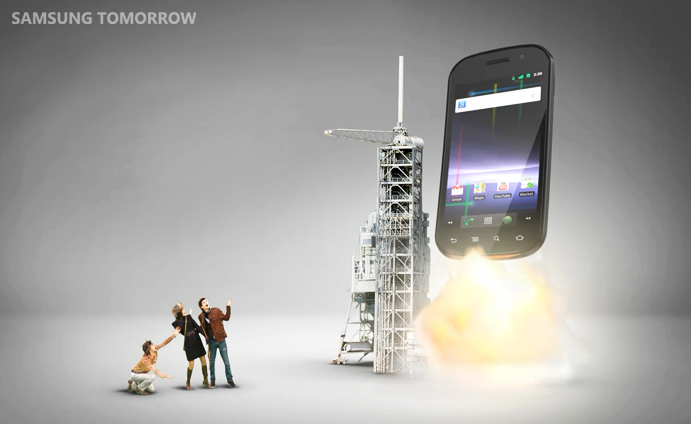 When NASA announced the final space shuttle flight, we all knew it would be an important moment in history. Samsung is proud to have announced that the Nexus S smartphone went with the space shuttle Atlantis, headed for the International Space Station, where NASA has cleared it for use. Nexus S is the first commercial smartphone to be certified by NASA, and Samsung is excited for the role the Nexus S will play, both on this mission and in the future.

One of the experiments to be conducted will be for astronauts to use smartphone-enhanced free-flying satellites called Synchronized Position Hold, Engage, Reorient, Experimental Satellites (SPHERES). By adding the Nexus S, SPHERES will have a built-in camera to take pictures and video, sensors to help conduct inspections, a powerful computing unit to make calculations, and a Wi-Fi connection that enables real-time data transfer to the space station and mission control. 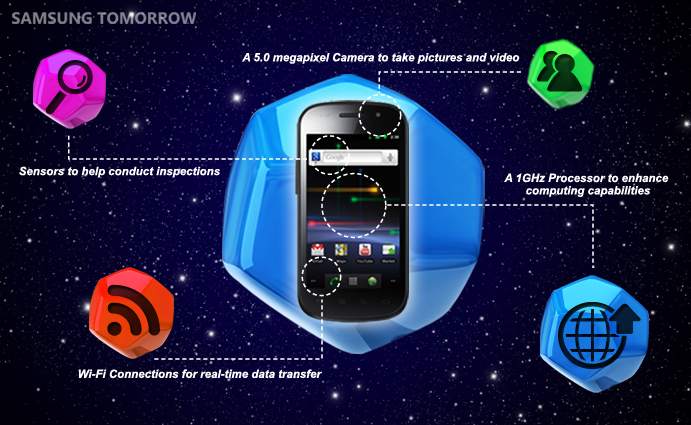 These SPHERES will help astronauts survey and inspect the interior of the station, as well as take digital images and video takes, with the hope that this information can shed light on future human and robot space exploration. Additionally, Mission Control will be able to run day-to-day tasks (such as inventory and surveys) through these Nexus S-enhanced SPHERES, which will free up astronauts to spend more time on scientific research and experimentation.

“By connecting a smartphone, we can immediately make SPHERES more intelligent. “

“Samsung is proud to have the Nexus S chosen to be aboard NASA’s final space shuttle launch, an event that is historical.”

The Nexus S, co-developed by Google and Samsung, features:

For more information about Nexus S, please refer to the following link:
http://www.samsung.com/us/mobile/cell-phones/GT-I9020FSTTMB