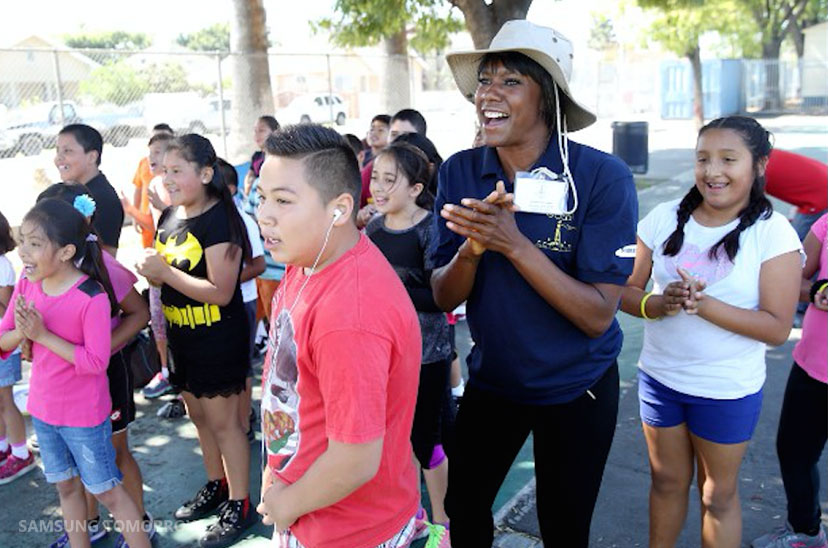 Olympians and Paralympians who train tirelessly to become the best to represent the United States on the international stage took time to celebrate the achievements of Los Angeles students in the first annual Ready, Set, Gold! Field Day.

The mentoring program that began in 2006 now operates in 60 schools with a team of 50 Olympians and Paralympians. Their efforts reach approximately 17,000 students in grades 5, 7 and 9 in the Los Angeles area each year.

“When you grow up, every kid wants to do something great,” said Miranda, a Junior Olympian and a 5th grader at Trinity Elementary School. “You see all these great people here at the school and then you say, ‘I want to be like them. What can I do to be like them?’”

The exuberance of the students, parents and faculty at the year-end celebration was clear as they moved through the 12 activity stations manned by world-class athletes.

“Today, I learned so much and I had so much fun,” said Rogerlio, a student from Trinity Elementary School. “I hope that I could be an Olympian, too.”

The athletes find the experience just as rewarding, not only as a way to continue their athletic careers, but as a way to help the community. RSG! athletes are paired with a school which they adopt, visiting them at least five times during the school year.

“We have a chance to use our identity as Olympians for doing some really good things,” said Olympian Peter Vidmar, “To go into adopt a school, to get to know these kids and to see them flourish as they understand the importance of taking care of themselves.”

Their efforts are paying off in more ways than one. On the annual Fitnessgram test, a comprehensive reporting tool used by states across the country to assess children’s physical fitness, RSG! participants not only perform better than nonparticipants on the physical tests, they also show a higher level of knowledge about nutrition and physical fitness.

The RSG! mentors hope the children will in turn use what they’ve learned to help others.

“It’s about coming in and having a dialogue and carrying on a conversation and having them ask questions, but then also have them understand why it’s important for them to be active and to have fun with it,” said Olympian Giddeon Massie. “Hopefully, they’ll take it away and carry that on in their own communities, homes and friends, and have that become part of their daily routine.” 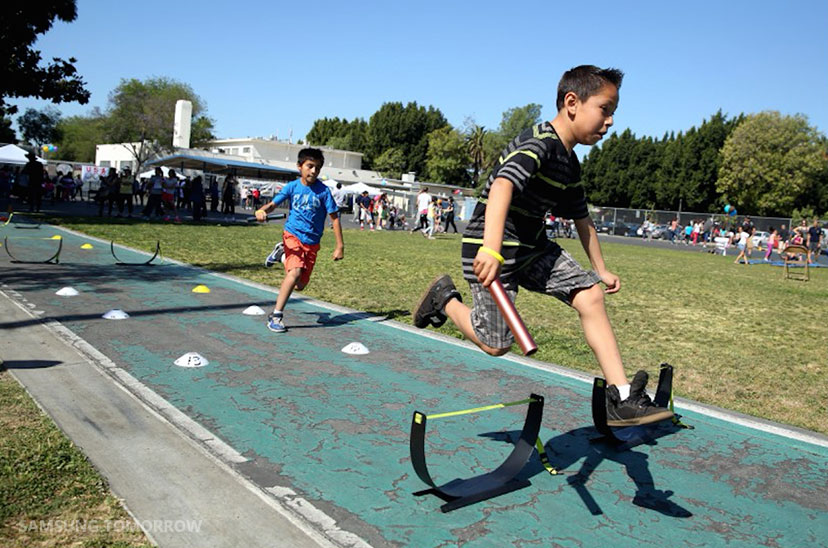 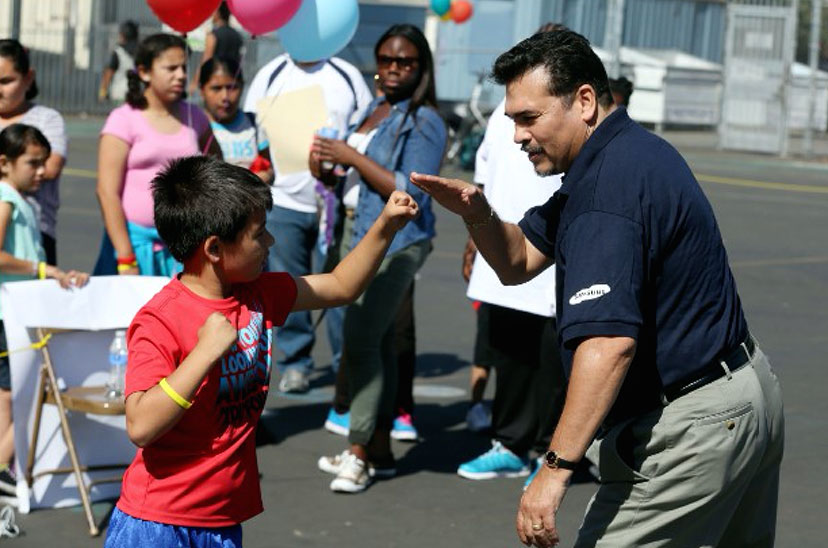 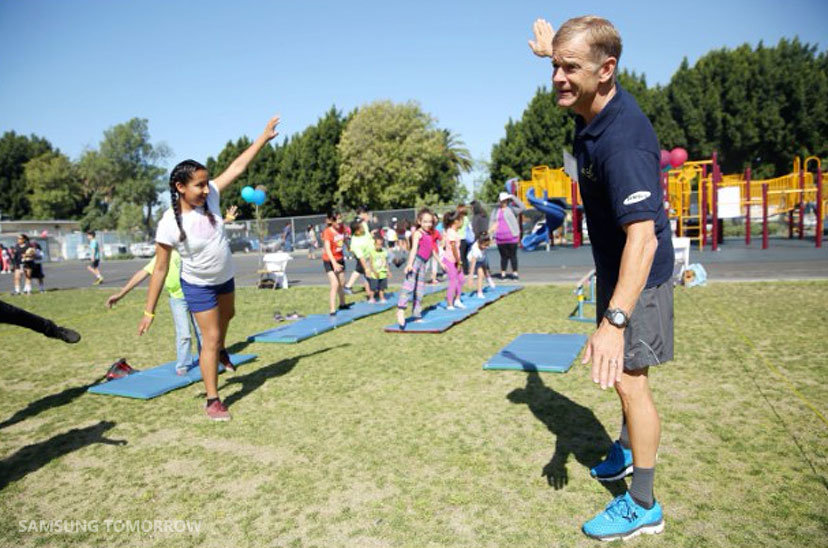