‘Olympic Wish’, an enduring will delivered from Beijing to London

Two Chinese torch relay runners that participated in the torch relay on July 6th in Hadleigh, nearby London received particular attention. These two were the participants of the ‘Olympic Wishes’ program during the Beijing 2008 Olympics, and Samsung helped make those wishes come true through the 2012 Torch Relay.

Dong Ming(董明) was a diving athlete but suffered paraplegia due to an unexpected accident while training at an early age of 9. Her iron will helped her overcome extreme difficulties and guided her so that she could participate as an ambassador of Samsung at the Beijing Paralympics. He also participated in the Beijing Olympics, Shanghai Expo, and Guangzhou Asian Games as a volunteer interpreter. Her activities and love for sports, the Olympics in particular, delivered hope to people who were in tough places. A bright smile was on her face throughout the Torch Relay at the London Olympics. 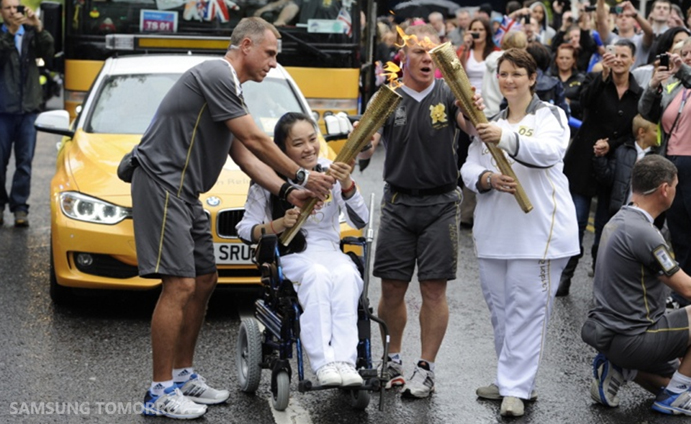 The second young lady was 13-year-old Qingnan Liu (劉慶男). She was born blind with congenital cataract, but was able to see after receiving surgery funded by ‘Samsung Ai Zhi Guang (三星-愛之光, meaning ‘Samsung Light of Love’)’, a congenital cataract operation program run by Samsung China. She had appeared in the main role of the ‘Dream of Dragon’ event planned as an Olympics D-1 year event in 2007. After recovering her vision, she was able to continue her ‘Olympic Wish’ at the Beijing Olympics and the London Olympics. 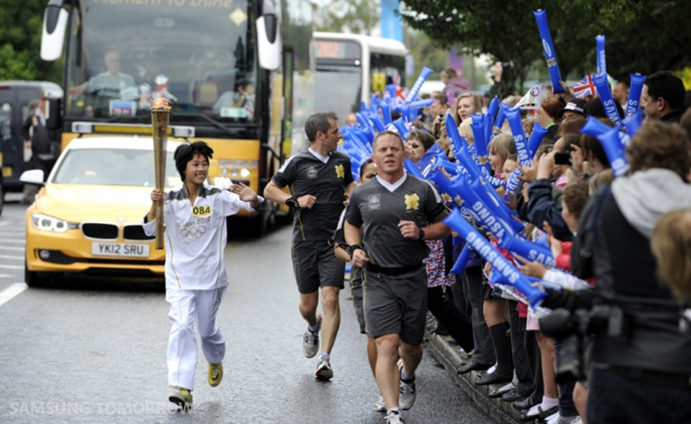 Samsung China has provided free treatment of congenital cataract to 10,500 patients living in impoverished regions with China Disabled Persons’ Federation since 2007. Manager of the federation, You Hong, who successfully led the business, also participated in the torch relay to represent congenital cataract patients in China. 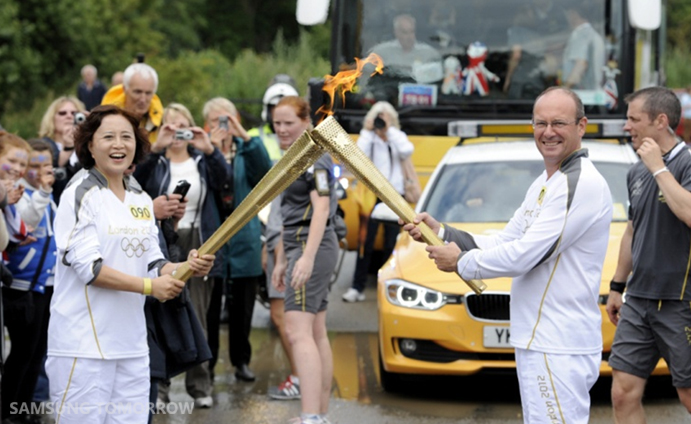 With an objective of becoming ‘a corporation that contributes to the Chinese society and loved by people of China,’ Samsung China is conducting active and diverse social activities, including establishment of Hope Elementary School, free operational treatment on congenital cataract patients, assistance on cerebral palsy and autism patients, agricultural volunteer, and Samsung Scholarship.

* This story was brought to you by our colleagues at Samsung China.