Catalonia Square is a large plaza in central Barcelona that is most often associated with its fountains and statues, its proximity to some of the Spanish city’s most popular attractions, and the flocks of pigeons and street performers that gather there.

But with MWC 2016 just around the corner, it’s also the location of a thrilling amusement park roller coaster. Well, virtually, at least.

That’s because the square is the site of Samsung’s 4D Theater with Gear VR experience—a technological encounter that virtually transports participants to another place, and makes them feel as if they are really there.

After eagerly taking their seats, guests donned Samsung’s Gear VR headsets and were quickly transported from the city center of Barcelona to the tracks of Six Flags Magic Mountain’s Twisted Colossus, a hybrid wood and steel roller coaster that features barrel roll inversions and a near-vertical drop.

This wild ride offered a realistic, adrenaline-pumping experience, thanks to specialized 4D chairs that moved in sync to the movements displayed on the headsets. Yet, unlike traditional 4D theater in which viewers wear 3D glasses, Samsung’s 4D Theater with Gear VR offered an entirely new experience.

One participant, after completing the experience told Samsung Newsroom, “This is way better than regular 4D. I could look around in all directions and see the entire amusement park. It felt like a real-life roller coaster!”

With virtual reality playing an increasingly more important role at MWC this year, the 4D Theater with Gear VR experience is but a preview of what’s to come.

Check out the 4D Theater with Gear VR experience in Catalonia Square until February 28, 2016 and stay tuned to see how Samsung is innovating to transform the way the world is connected and entertained, virtually. 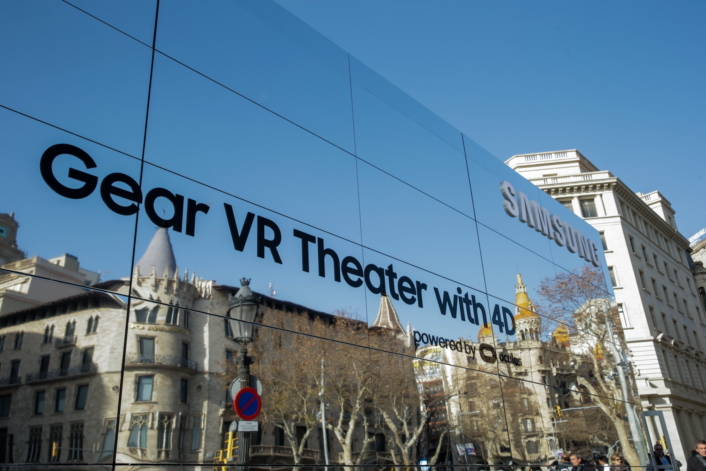 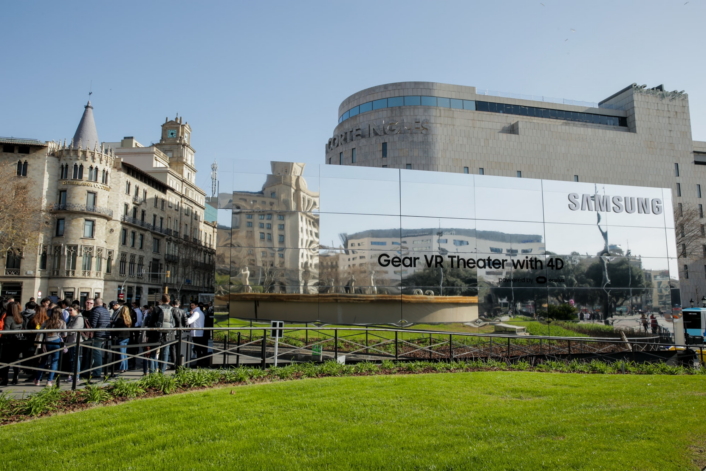 Ahead of MWC 2016, crowds gather in Catalonia Square to experience some of Samsung’s latest technology. 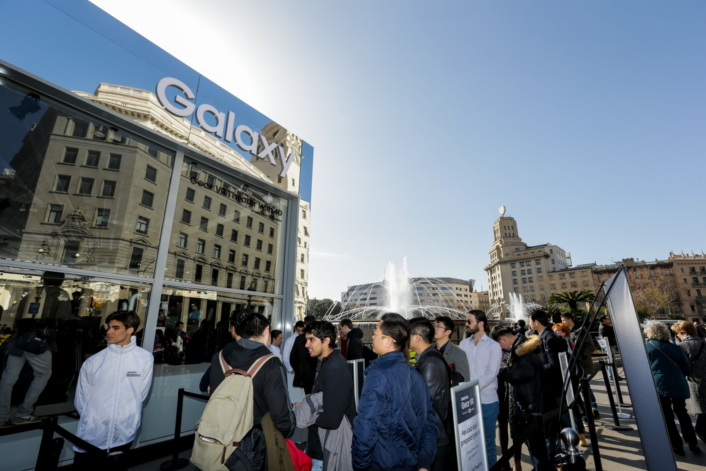 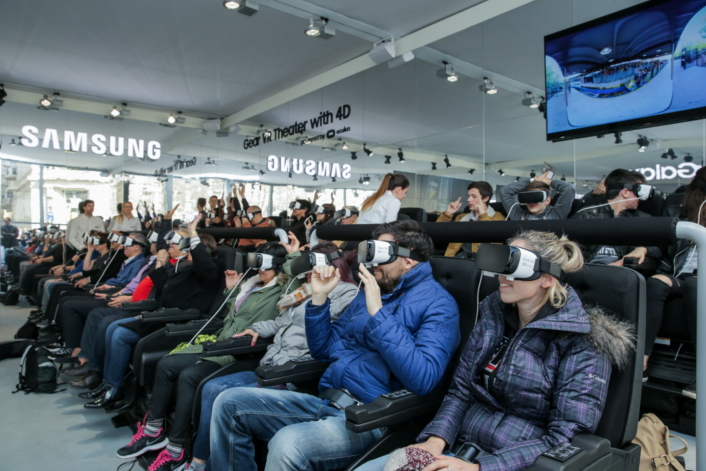 Participants don Gear VR headsets and prepare to take the ride of their lives. 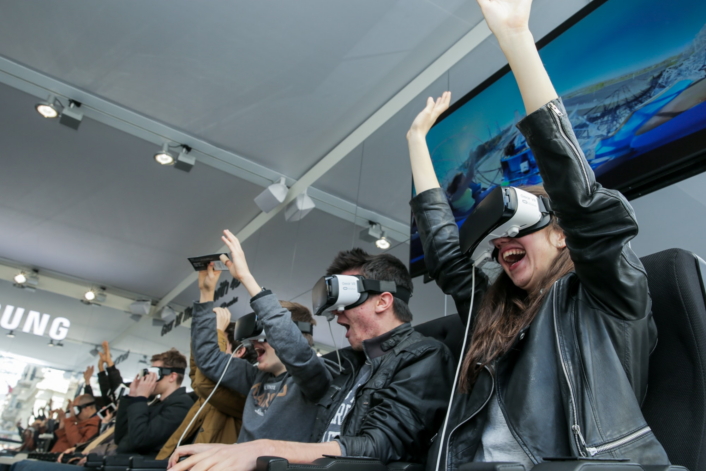 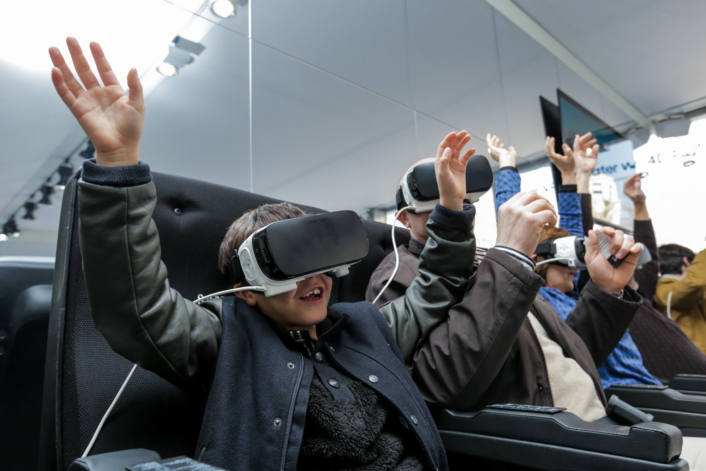 Gear VR lets viewers explore the most exciting places on Earth, as if they’re actually there. 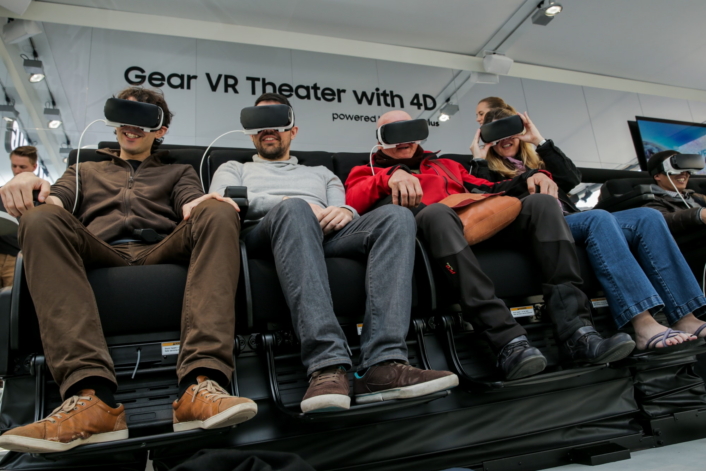 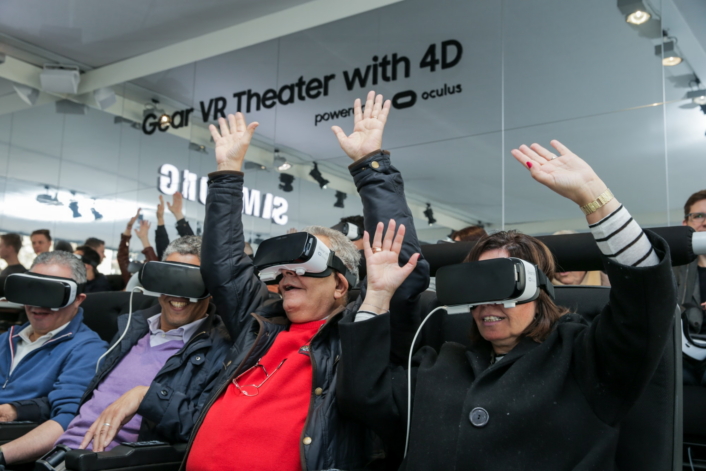 Samsung’s Gear VR headset, equipped with a Samsung Galaxy smartphone, boasts a wide field of view to allow for a truly immersive experience. 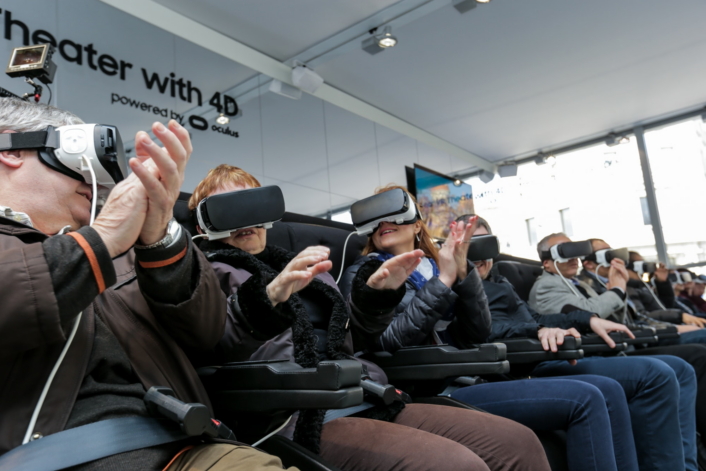 Samsung’s 4D Theater with Gear VR is only one example of how the company is transforming the way the world is entertained.