Global TV manufacturers, distributors and academic institutions formed an alliance to work together to boost the QLED TV market in China, the world’s biggest TV market. The China Electronics Chamber of Commerce (CECC), the country’s regulatory and legislative body for the electronics industry, hosted the companies and organizations at the first QLED International Forum, held in Beijing on April 13.

In his opening address, CECC Vice Chairman Liu Yufeng outlined QLED TVs’ potential to transform the industry. “QLED TV achieved 100 percent annual growth rate in the Chinese market and will increase from 600,000 products in 2016 to 1.2 million in 2017,” he said. “At the same time, the sales at the world’s market will also increase from 3 million to 6 million units. Quantum dot technology will be the major trend of the TV industry.”

Market research firm DisplaySearch has estimated that global sales of Quantum dot TVs will exceed 18 million units in 2018. The goal of the QLED International Forum is to accelerate the market’s trend toward QLED TV. 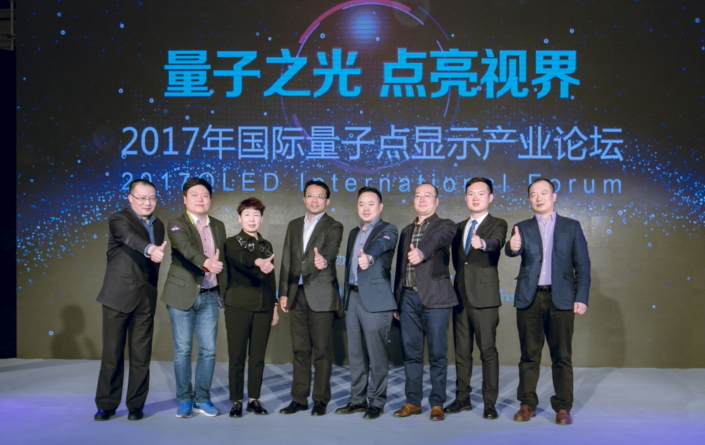 After the attending distributors shared their strategies for vitalizing QLED TV sales, Samsung Electronics and other TV manufacturers signed contracts with GOME Electrical Appliances, Suning Commerce Group, JD.com, Five Star, Sundan and other distributors with the aim of boosting the QLED TV market.

Professor Peng Xiaogang of Zhejiang University summed up the significance of Quantum dots’ development quite succinctly. “Quantum dots are the best lighting material that mankind has ever found,” he explained. “The pure color representations, brightness and other features of Quantum dots are characteristics that other display technologies would have difficulties to take over.” 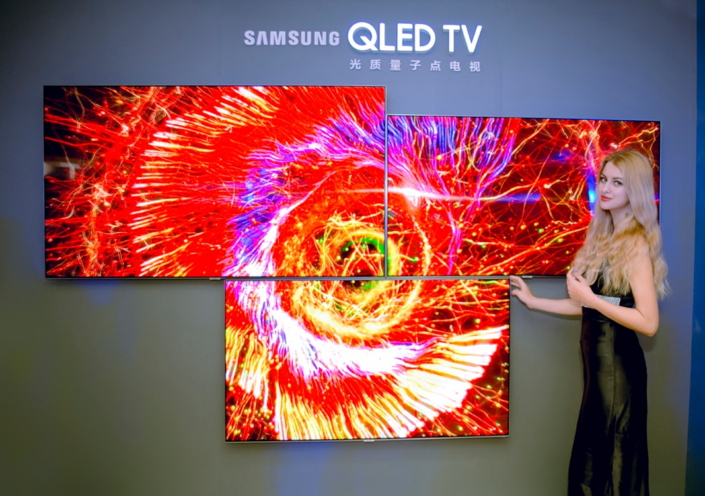 Samsung Electronics showcased its QLED Q7 and Q8 TVs, which offer the best picture quality. Samsung’s QLED TVs are the only displays capable of producing 100 percent color volume, which means that colors can be expressed accurately regardless of differing levels of brightness, ensuring that images are presented in the way the content producer intended.

However, as Liu Junguang, Samsung Electronics’ Vice President of Visual Display Business explained, an ability to portray vivid, accurate colors is not the only reason Quantum dot technology represents the future of TV.

“Because Quantum dots use inorganic materials, our displays can provide the utmost display quality without problems that leave marks on the screen, such as burn-in, or affect the lifespan of the product,” said Mr. Liu.

“It is the most suitable material for making displays,” he continued. “2017 is going to be the year when the global TV manufacturers works together to promote the QLED TV market.”