Making voice calls is still the primary function of a smartphone, despite the fact that modern devices now provides users with a range of exciting functions. With the Galaxy S7 and Galaxy S7 edge’s Quick Dial feature, now you can complete this task more efficiently than ever, even when you’re wearing gloves, cooking or just feeling lazy.

Quick Dial is easy to toggle on (Settings → Advanced Features → Galaxy Labs → Quick Dial). Once enabled, you can access the feature by a long press of the home key from any screen, even when the display is off. If your phone is locked with fingerprint, you can use Quick Dial after unlocking the phone. 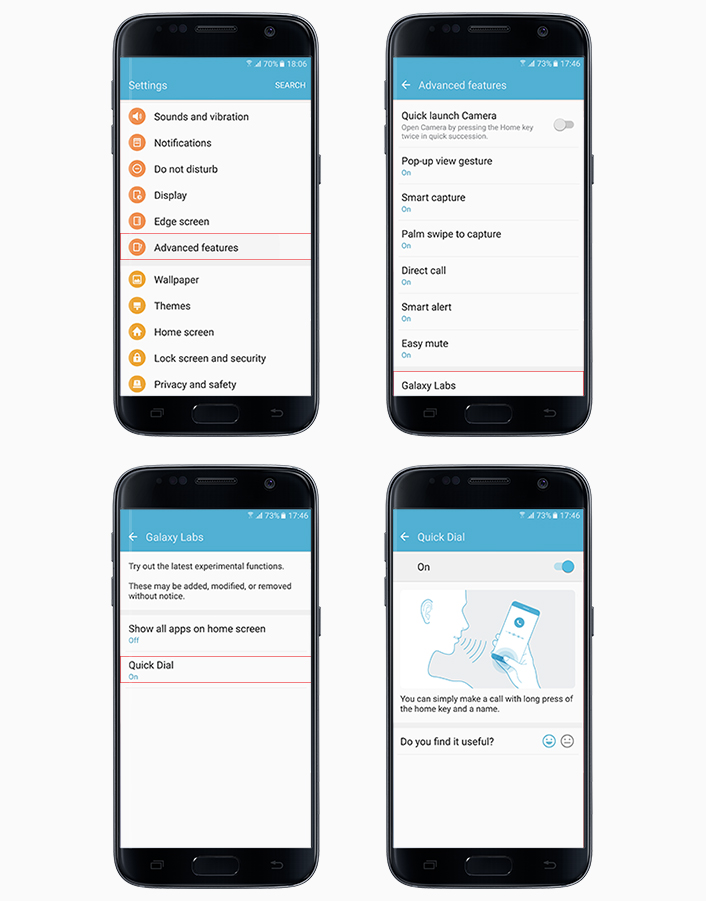 Like the camera Quick Launch, which you can access by pressing the home button twice, Quick Dial launches in mere seconds.

Once launched, the feature clearly prompts you to speak the name of the person you would like to call (“John Smith,” for example). Other natural verbal commands also work (such as: “Please call John Smith” or “Dial John Smith”). 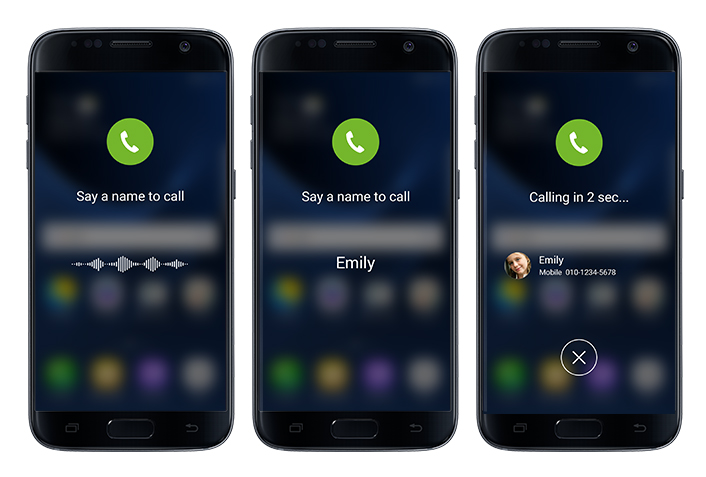 Unlike conventional voice recognition systems, which send spoken commands to servers for processing, Quick Dial uses hybrid processing via servers, as well as the device itself. As such, the system is able to make a call within three seconds of receiving a voice command. The system allows ensures the phone makes voice calls within three seconds of receiving a voice command. In the case of individuals with has a high number of contacts, users may have to repeat their voice command two or three times in order to place their call.

If you have multiple contacts with the same name, or multiple phone numbers saved under the same contact name in your Contacts database, the phone will give you a list of potential recipients and prompt you to select the contact or number you are trying to dial.

The feature also uses machine learning. That means it becomes more familiar with your voice and calling habits over time, thus improving in functionality the more often you use it.

Even contacts that contain special symbols or characters can also be recognized by just speaking the text portion of the name. For example, “Jane Smith@Samsung” can be recognized by simply vocalizing “Jane Smith” while “Wife♡” can be spoken as “Wife.”

If you suddenly decide not to call someone after making a Quick Dial voice request, or realize you have selected the wrong contact number, you can cancel the call by pressing the “x” button.

Gone are the days of scrolling through endless contacts, or getting frustrated with poorly-functioning voice recognition software—Quick Dial is intuitive and user-friendly, which makes it easy for anyone to make a phone call in seconds, no matter what life has in store. Quick Dial can currently be used in 15 languages including English, Spanish, Chinese and French.