Samsung and Habit for Humanity Continues to Build Homes, Communities for Hope

Samsung Electronics will this year continue its hope-filled journey of citizenship partnership with nonprofit housing organization Habitat for Humanity.

As part of the deep-reaching and impactful Samsung-Habitat collaboration, house construction efforts have borne fruit in Egypt and South Africa, while in Vietnam in 2014, ICT classrooms with thirty computers were built for two schools, while refurbishment was carried out at three schools and water sanitization projects completed at two more.

Meanwhile, in Zambia, the project has seen houses built, as well as an innovative Solar Powered Internet School.

Samsung and Habitat are currently constructing 50 houses in Argentina, in addition to a community center. Houses were also built in Vietnam, while in Kenya, new technology using interlocking stabilized soil blocks was put to use in the building of a school.

You can take a look at some of the places that Samsung and Habitat’s emotion-filled journey has taken its many participants to thus far in the gallery below: 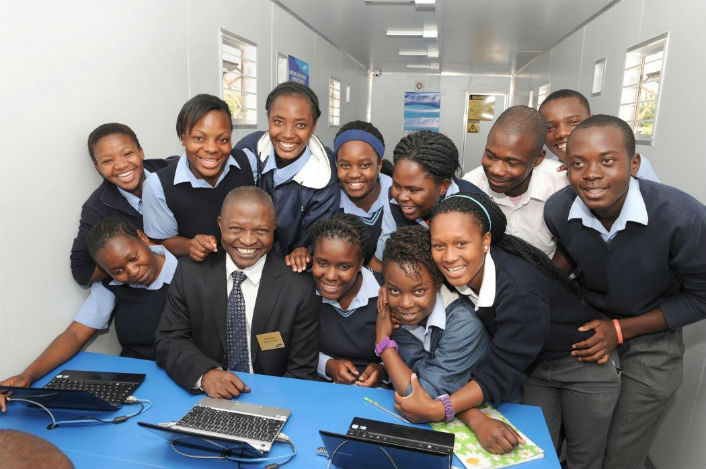 In 2013, Samsung built the Solar Powered Internet School in a village in South Africa, allowing students from neighboring towns to enjoy a tech-rich education experience. 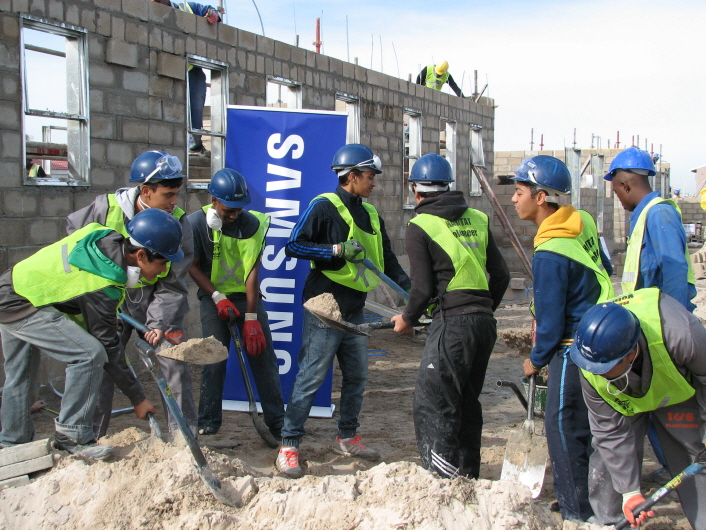 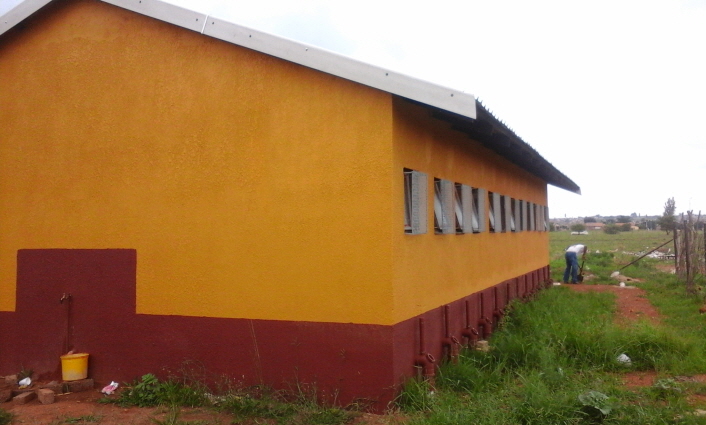 Samsung and Habitat built 28 houses in Pelican Park, a new settlement north of Cape Town, South Africa. Construction began in July 2013 to mark Nelson Mandela International Day, and was completed in January 2014. A group of Samsung employees participated in the five-month building program. 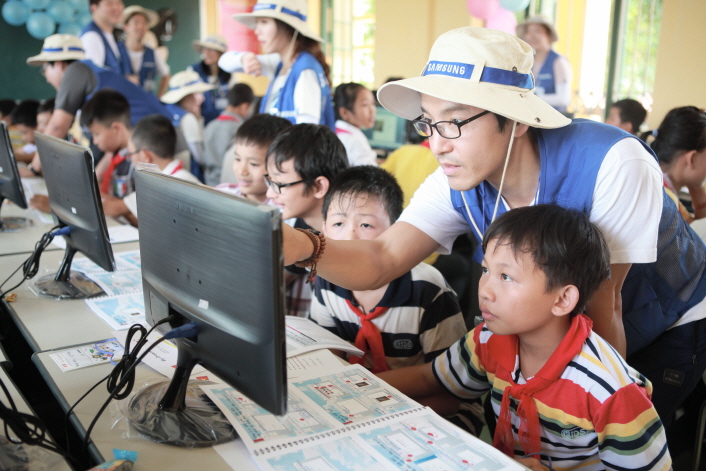 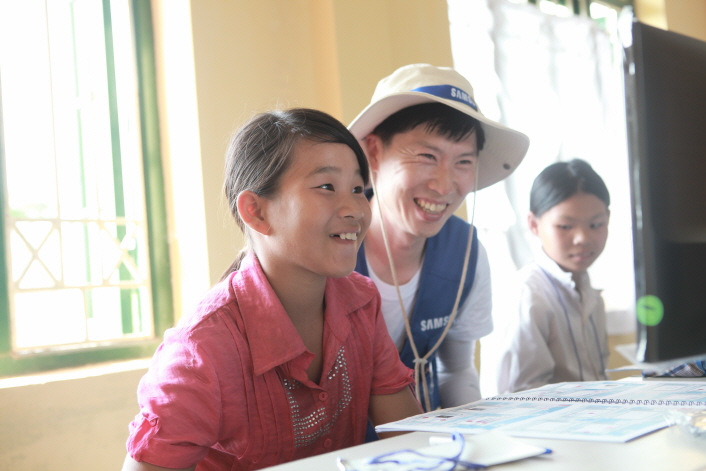 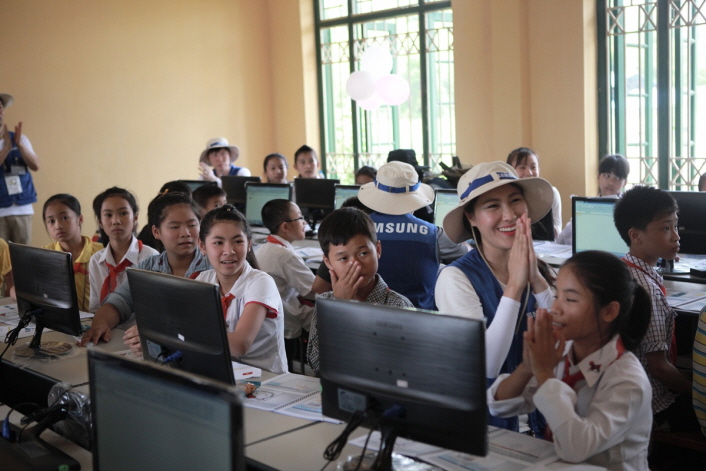 A group of Samsung employees went to the Vietnamese town of Phuc Thuan in 2014. They set up three digital classrooms equipped with thirty PCs with monitors and a digital display. The project was part of an effort to offer ICT education to students from three schools including Phuc Thuan High School. After construction was completed, Samsung employees continued to pay regular visits, acting as teachers for a day, educating students and performing IT maintenance. 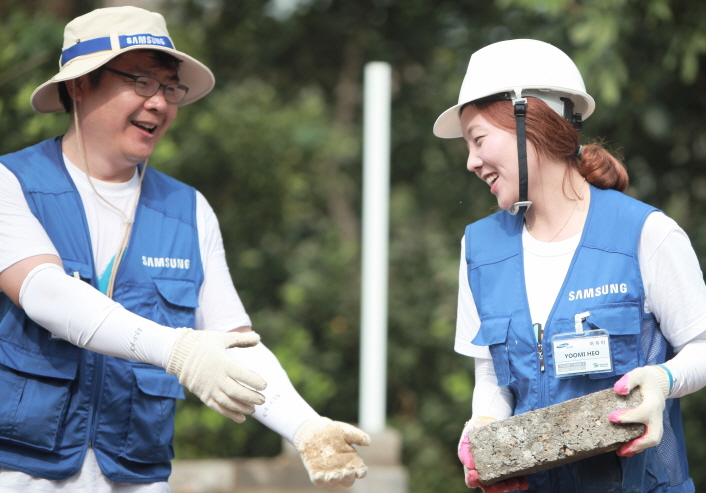 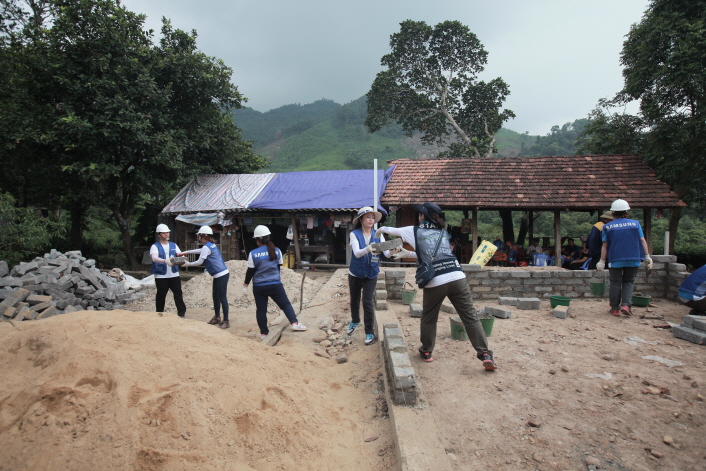 Samsung employees paid a visit to Khe Sanh, a village in Vietnam, in August 2014. They worked with residents over a period of two days to build six homes.

A Kindergarten for the Community 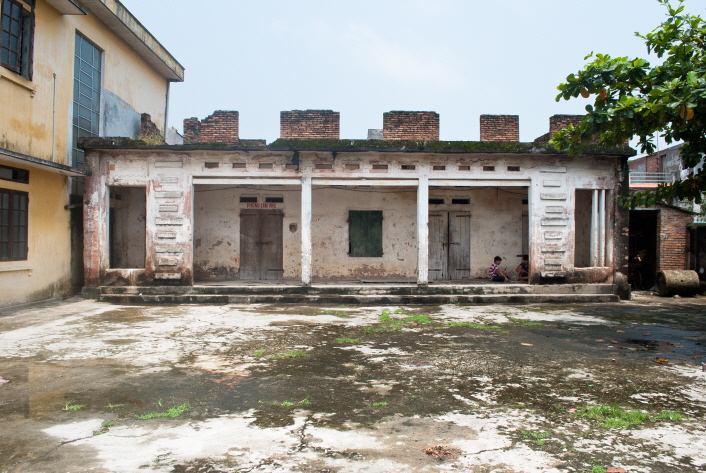 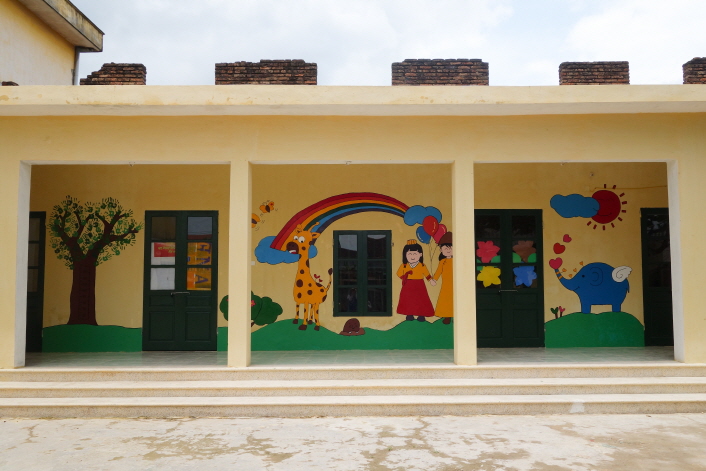 When Samsung employees visited Thuy Hoa, a village in Vietnam in August, 2014, they performed a large-scale building renovation. They also fully furnished the interior, resulting in a kindergarten with a capacity of 300 children. 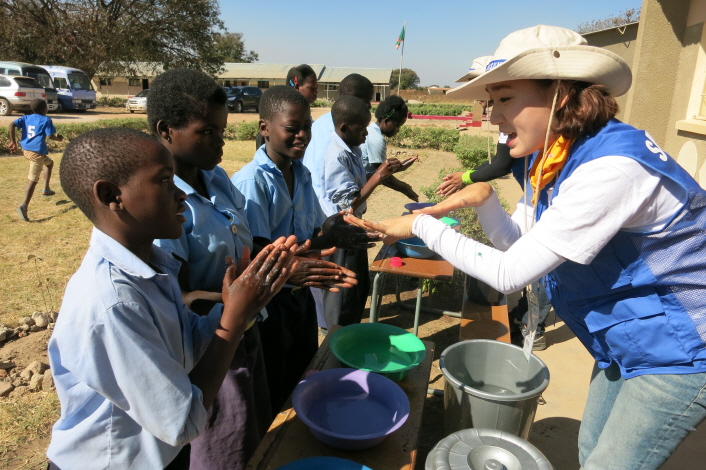 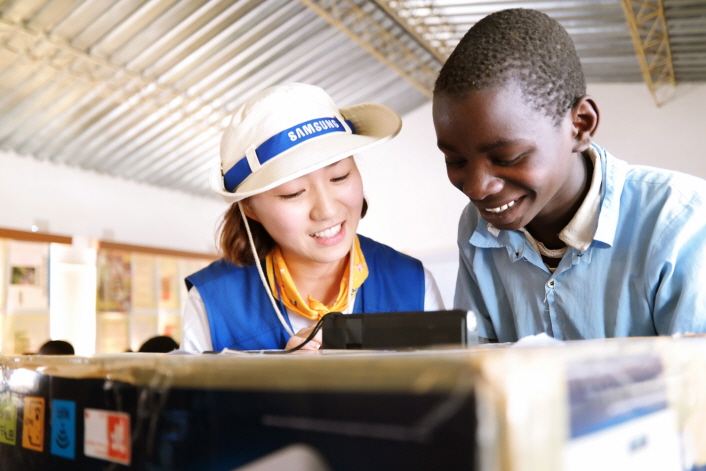 In 2014, Samsung employees travelled to Makululu, a village in Zambia, as part of a hygiene education program. The sessions saw them demonstrate to residents the way that micro-organisms work.

Homes for the Residents 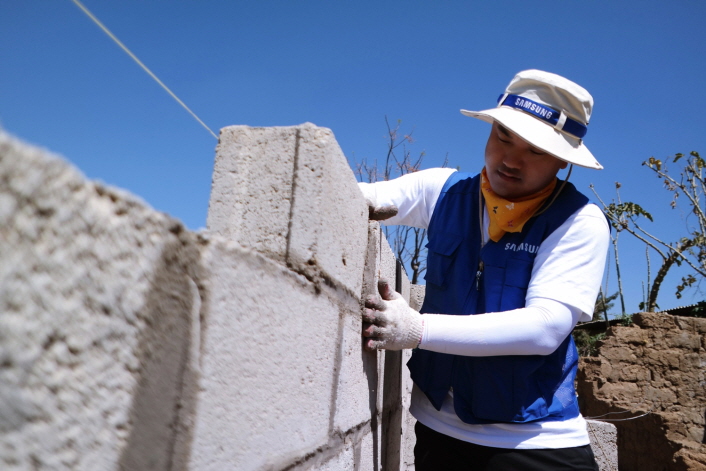 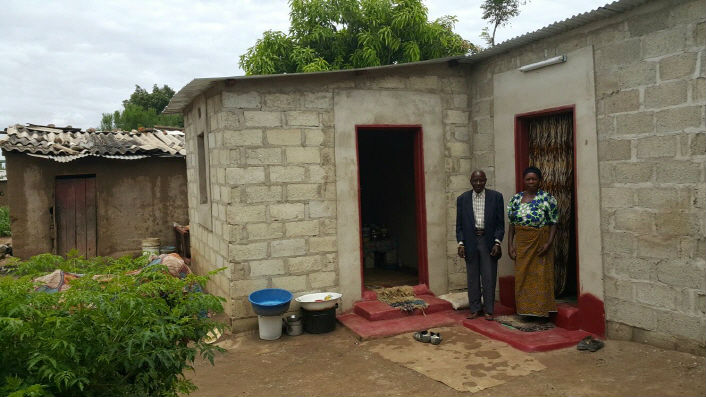 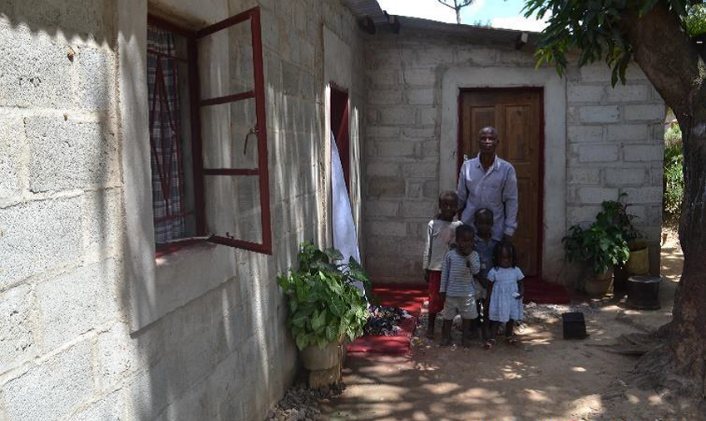 Samsung employees took part in a building project in Makululu, a village in Zambia in 2014. The effort saw 13 houses constructed for village residents.

Wall-painting in a School 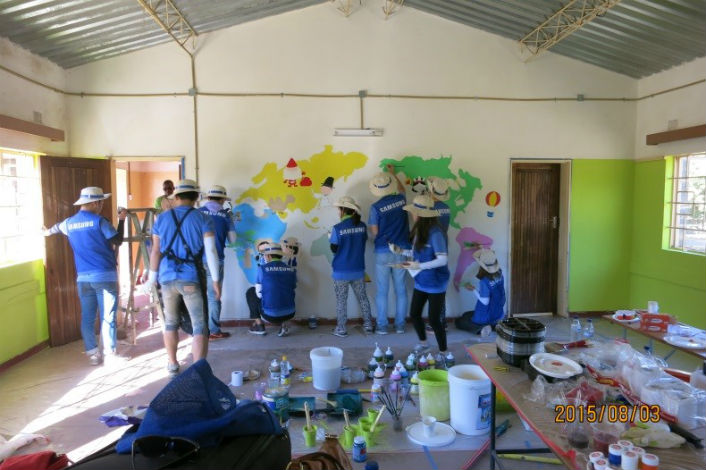 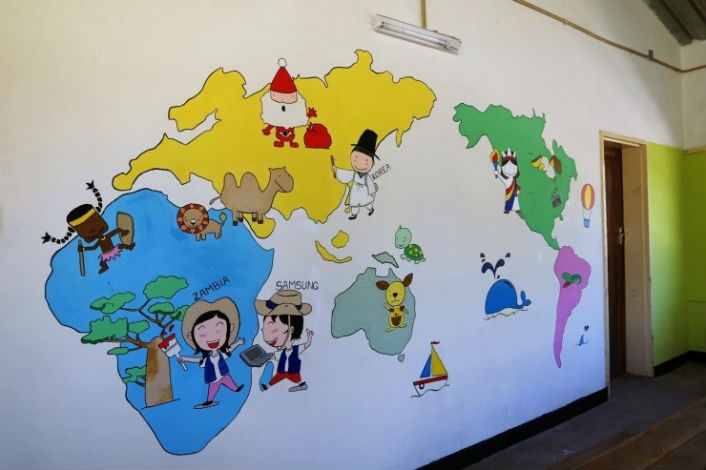 Samsung employees went to Nyama, a village in Zambia in 2015. They painted a vivid mural for an elementary school.

Samsung employees conducted a geological survey in Nyama, a village in Zambia in 2015. Construction of a school and homes for residents is slated for completion by the end of 2016. 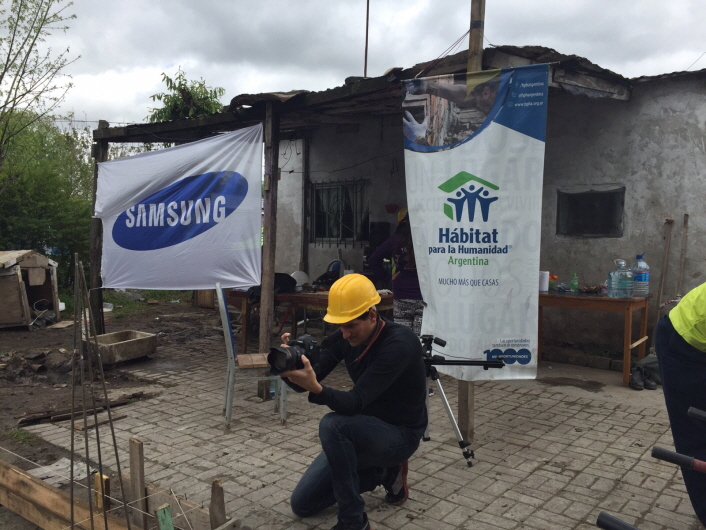 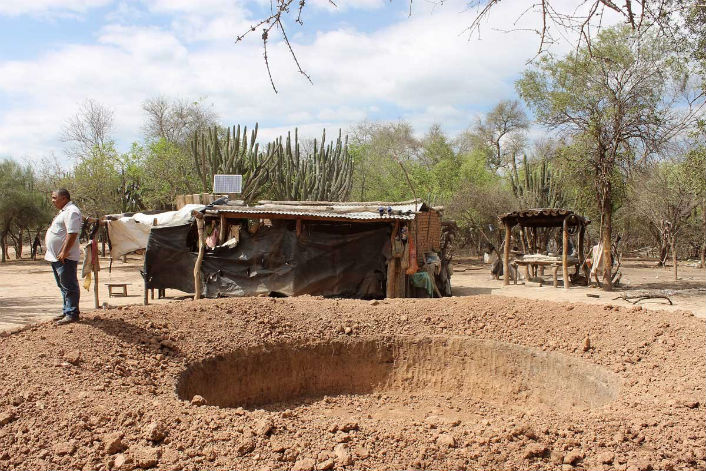