Samsung Electronics is proud to have introduced a new and updated version of its successful application store, Samsung Apps on 19th September, 2011. Samsung Apps will be made first available to Samsung Wave smartphones running on the new Bada 2.0 OS and spread out globally on Samsung Galaxy devices towards the end of the year.

• New user interface: The overall layout of the application store has been updated and optimized, while new elements such as Smart and My Page have been introduced, enhancing the overall usability. The UI is now compatible with the Bada 2.0 OS, while an integrated billing interface ensures purchasing via the Samsung Apps is quick and hassle-free.

• New Purchasing Options – “Try’n Play” and “Rent’n Play”: Samsung is introducing the concept of application rental, enabling users to access and use new applications on a trial basis without paying the app’s full sale price.

Since its initial launch in September 2009, Samsung has been providing an entertaining, useful and enriching smartphone experience to millions of users around the world. Samsung Apps has successfully expanded its coverage globally with availability in 121 countries and an offering of 40,000 applications.

“This new and improved version of Samsung Apps provides greater usability and convenience while also enabling a more personalized service for each of our users. We will continue to enhance our application and content services, developing even more innovative features and ensuring our customers enjoy an advanced mobile experience.” 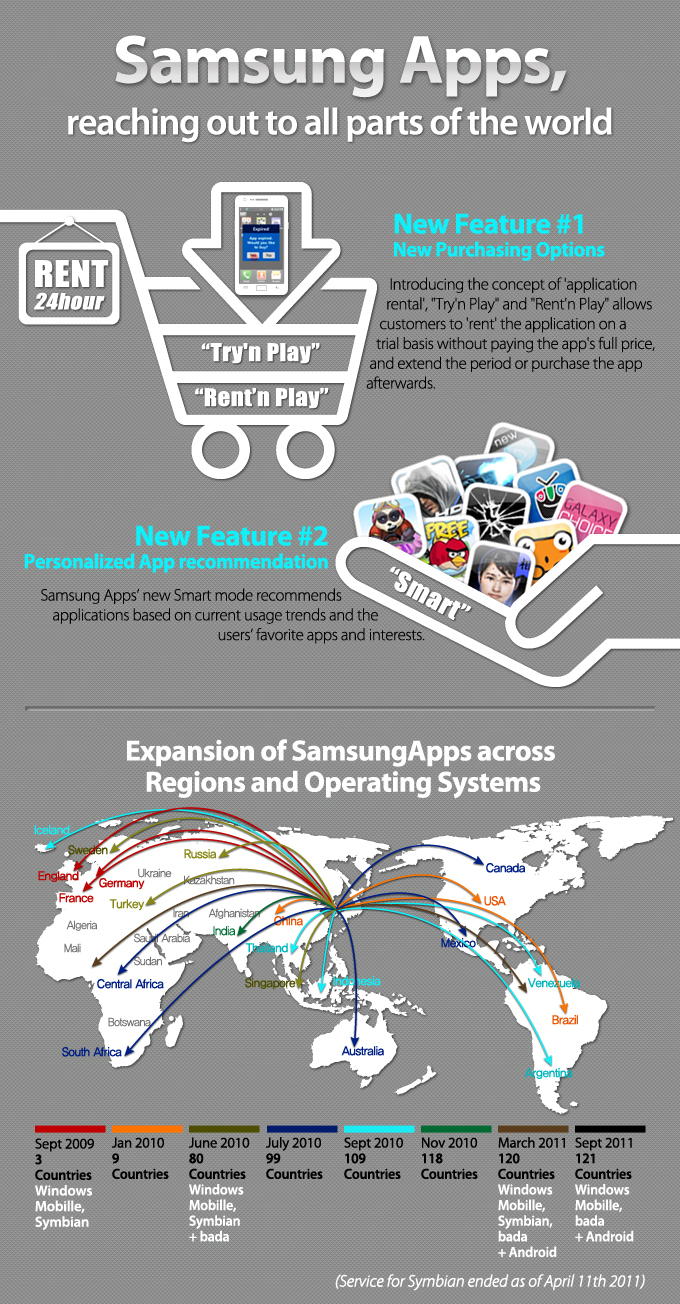 Promotion details can differ by device and country.