Samsung Electronics held a signing ceremony  for a memorandum of understanding (MOU) to construct a new semiconductor fabrication plant in the company’s Godeok Industrial Complex in Pyeongtaek. The local authorities, representing the provincial and municipal governments of Gyeonggi Province, agreed to cooperate with Samsung in the construction and operation of the new fabrication plant, as well as to provide assistance in preparing the requisite infrastructure. 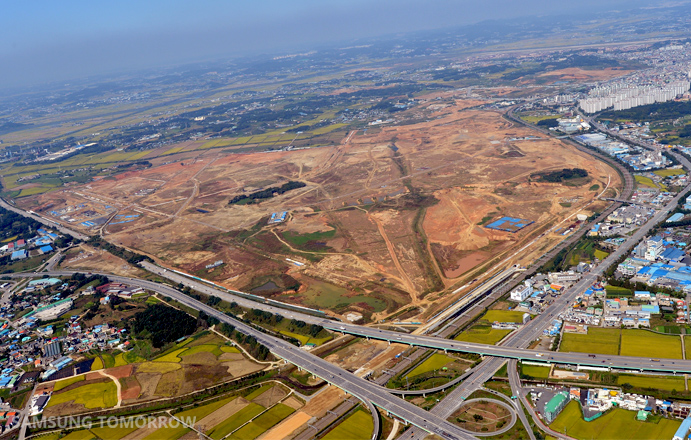 “Our investment into the new fabrication plant will significantly influence the shaping of Samsung’s future semiconductor business,” said Dr. Oh-Hyun Kwon, CEO and Vice Chairman of Samsung Electronics, who attended the ceremony. “We sincerely thank Gyeonggi Province and Pyeongtaek for their full support.”

Construction on the 790,000m2 site will begin during the first half of 2015, and operations are scheduled to begin sometime during the second half of 2017. Samsung will invest approximately KRW 15.6 trillion. The new fabrication plant is expected to help Samsung meet growing demand for advanced semiconductor products, while also further solidifying the company’s global presence and market leadership by realizing its vision for a globally balanced semiconductor fabrication network.