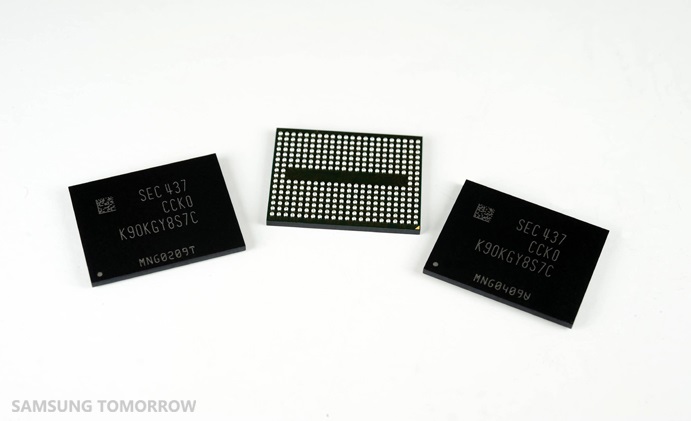 “With the addition of a whole new line of high density SSD that is both performance- and value-driven, we believe the 3-bit V-NAND will accelerate the transition of data storage devices from hard disk drives to SSDs,” said Jaesoo Han, Senior Vice President, Memory Sales & Marketing, Samsung Electronics. “The wider variety of SSDs will increase our product competitiveness as we further expand our rapidly growing SSD business.”

In Samsung’s V-NAND chip structure, each cell is electrically connected to a non-conductive layer using charge trap flash (CTF) technology. Each cell array is vertically stacked on top of one another to form multibillion-cell chips. 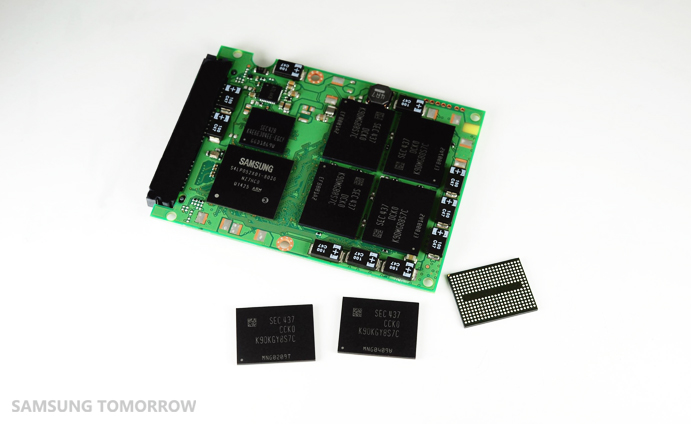 After having first produced SSDs based on 3-bit planar NAND flash in 2012, Samsung has proven that there is indeed a mass market for high-density 3-bit NAND SSDs.