“Know yourself before being someone’s wife,” shared a Nepalese girl after finding new possibilities herself

“Women can and need to be independent,” said Kyunghwa Yu (Senior Professional, Samsung Global Strategy Group), an employee volunteer. “Sharing examples of women who decided to dream and made those dreams come true, I wanted to let the Nepalese girls know that they could do it, too.” 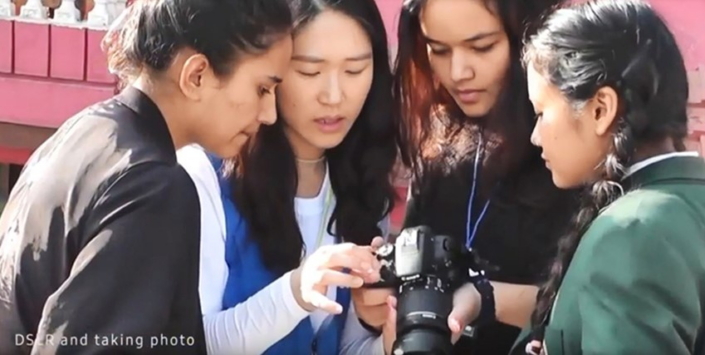 While equal rights continue to be widely discussed, gender equality hasn’t necessarily been the norm in many parts of the world. According to the United Nations Development Programme(UNDP)’s 2015 gender inequality index(GII: higher the score, more severe the inequality), the average of South Asian countries (0.520) are behind the world (0.443) in terms of gender equality. Nepal is also part of the struggle – especially as it’s still recovering from the massive earthquakes that hit the mountainous country.

To help address this challenge, 25 Samsung Electronics employee volunteers travelled to Nepal last September to run the Designer’s School for Women Entrepreneurship*, a one-week course that focused on empowering girls and young women with skills in design and technology. 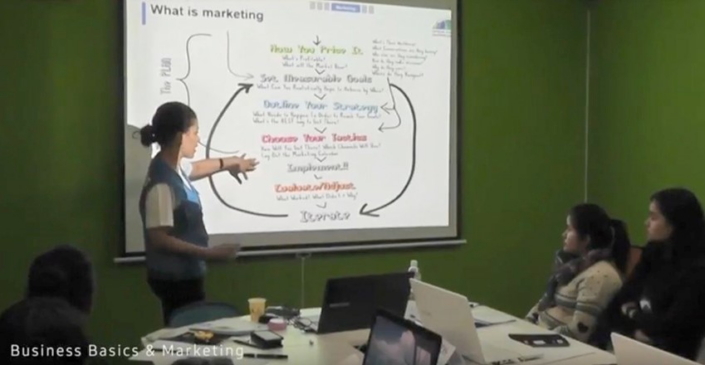 The teachers were at first worried that the students might have a hard time keeping up with the classes. But they were soon overwhelmed by the passion of the students – they would give up their breaks to ask questions and one girl, based on what she’d learned, even handed in her resume to a local designer.

Jihae Lim (Senior Designer, Future Experience Design Group, Visual Display Business) emphasized that it is important to empower people. “While many Nepalese women knit, it wasn’t until someone started selling it and invited more people to take part before it bloomed into a business,” she says. “We need to tap into the talents already in place and work to develop them into marketable practices. In enabling them to be independent, we take a step closer to sustainable development.”

Kusum, a local student, said that her eyes were opened to futures she previously hadn’t even dreamed of. And inspired by these new possibilities, she shared her passion with fellow young women in her area in the form of a poem.

Many nights has given to you

Why don’t you practice it?

What you can do just exhibit

Whatever was yesterday year

Let’s not feelings to quelled

Hey queen, crown is falling down

You’re the supreme of own

If needed just do rumpus

Who knows to glow in the dark

fight against your fear

Rush up, and try to stroke

Be drivers of yourself

in your moored life

Know yourself, get yourself

Before being some’s wife