Samsung Electronics will hold its Samsung Innovation Forum (SIF) at Suwon Digital City in Gyeonggi Province, from June 7 through July 9. The exhibition is a rare opportunity for visitors to delve into the history of innovation that Samsung has crafted over the past 20 years. The event will showcase a wide range of products, technologies and services from each division within the company. 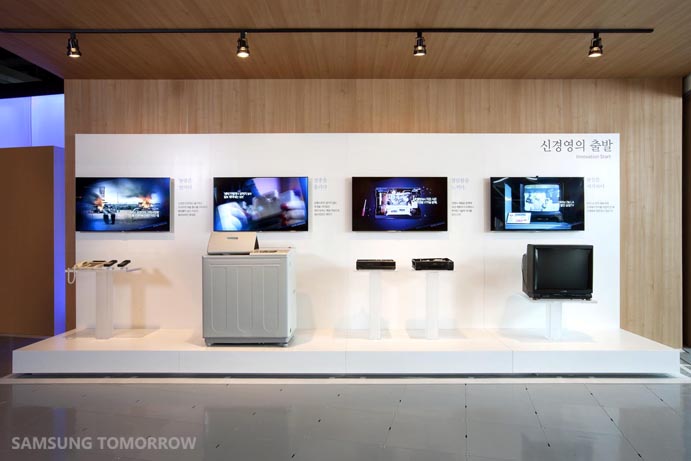 In 1993, Samsung Chairman Lee Kun-Hee declared the New Management initiative, famously calling for his employees to “change everything except your wife and children.” This forum is a commemoration of the 20th anniversary of that landmark declaration for the company, and reflects on the challenges that Samsung Electronics took upon itself to compete on the world stage with the utmost focus on quality and exceptional technologies through its relentless pursuit for innovation.

At SIF, Samsung will showcase some of the key products that led to the New Management initiative. The products, manufactured in the early 1990s, were notable examples that prompted the company to rethink its approach to quality and innovation. These include an inefficiently designed VCR device that had 30 percent more components than competitor products while selling for 30 percent less; a TV model that was being neglected by consumers and gathering dust in the corner of a U.S. electronics retail store; and a washing machine whose lid couldn’t be closed because of defective manufacturing.

Also on display will be the wireless telephone models that were destroyed in front of 2,000 employees in 1995 because they failed to meet the quality standards emphasized by the New Management initiative. The exhibition aims to reinforce the importance that Samsung places on quality and innovation.

Device Solutions Division will exhibit the history of its memory semiconductor business which has dominated the global market since 1993, and will feature next-generation system semiconductors such as the latest application processor for smartphones.

Visitors to the Consumer Electronics Division showcase will be able to look back on the history of Samsung TVs such as the Myungpum Plus One which was the first TV to display a 1 inch broader picture than other TVs at the time thanks to technological innovation. The exhibit continues with the Bordeaux TV, which was the first premium Samsung TV to set an industry benchmark from which the company would go on to become the world’s leading TV manufacturer. The exhibit culminates with the pinnacle of picture brilliance, the latest Ultra High-Definition TV.

IT and Mobile Communications Division will feature the history of Samsung’s mobile phone business from the launch of SH-100, Korea’s first mobile phone, to the latest products that brought Samsung to the No. 1 position in the global mobile phone market. This section will also present product concepts for future smartphone devices.

At SIF, Samsung will discuss its creative design process, its eco-friendly philosophy and how its status in the industry has altered over the years, including advertisements that accompanied it along the way. Representatives from key business units will also deliver presentations on how the company overcame industry challenges and innovation.

Samsung is delighted to welcome to SIF its partners and customers that have travelled with the company over the years, and played a vital role in the growth of the company. Affiliated companies that have contributed to the innovation of Samsung Electronics, such as Samsung Display, Samsung Electro-Mechanics, Samsung SDI and Samsung Corning Precision Materials will also participate in the exhibition and seminars at the SIF.

The Samsung Innovation Forum begins on June 7 for Samsung employees while general admittance for organizations, the public and affiliates begins on June 27. Prospective visitors may apply for admission on the official website of this event (www.2013samsungforum.com) from June 10.