Samsung Electronics and the Worldwide Olympic Partner for Wireless Communications Equipment at London 2012, announced its much anticipated Samsung Global Blogger (SGB) program kick-off. Following a worldwide online talent search with media partner MSN, over 3,000 people from around the world applied for the once-in-a-lifetime opportunity to report on the London 2012 Olympic Games. 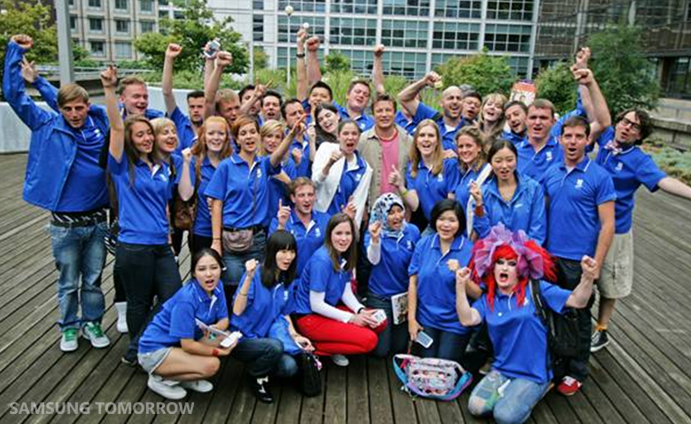 An exciting schedule is seeing the SGBs busy experiencing London, touring the Olympic Park, attending the live site of the Opening Ceremony celebrations and meeting Samsung’s Global Ambassadors David Beckham, Zara Philips and Jamie Oliver. The 76 lucky bloggers have been equipped with the latest Samsung Galaxy S III smartphones to capture their exhilarating experiences, which will be shared through their daily blogs and ‘webisodes.’

Samsung’s Olympic Games Ambassador Jamie Oliver has been supporting the SGB program from launch and today joined an event with the SGBs. The bloggers have been given an opportunity to exclusively interview the chef and campaigner on topics varying from his commitment to making a better future for young people, to the charms of London culture. Jamie also revealed why he thinks London will be fun during the Olympic Games, why he thinks British street food is great, and the sport events he is most looking forward to. 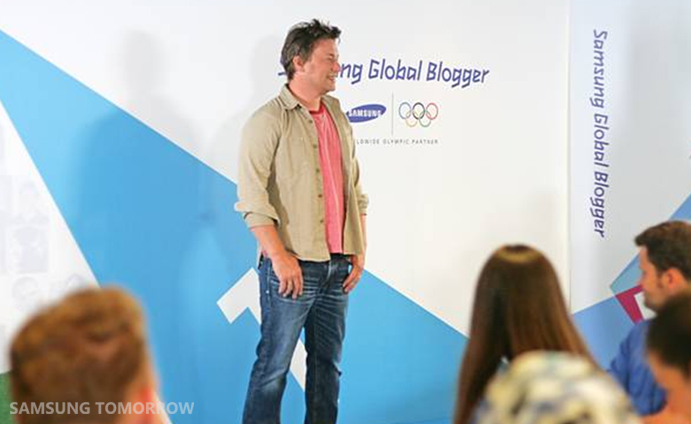 The talented SGB winners will be given a chance to report live from London, sharing their unique journey of the Olympic Games and showing off their content creation skills through www.samsungglobalblogger.com, and via their own personal social media networks. Stories created by the SGBs will extend the excitement of the Olympic Games through creative perspectives and help bring more people around the world closer to the action. 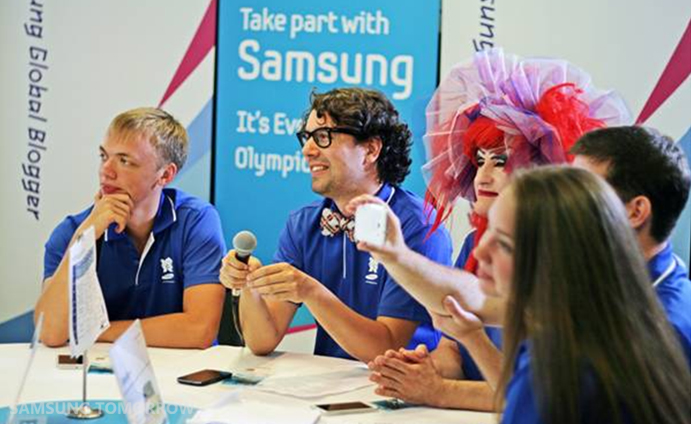 The SGB program further illustrates Samsung’s continued innovative use of social media following the successful Samsung Hope Relay which launched in May. The Samsung Hope Relay provided people around the world the chance to take part in a virtual Torch Relay thanks to a smartphone application. Users can download the application, create an avatar and raise money for charity by completing a mile run. For every mile, Samsung will donate £1 to charitable organizations, including those supported by “Samsung Hope for Youth” program and London 2012’s sports legacy program, International Inspiration.

Samsung has recently introduced a variety of new mobile applications to bring consumers closer to the Olympic Games. Samsung: Take Part 2012 allows Olympic fans to play 3D and Augmented Reality sport games and challenge their Facebook friends in each of the Olympic events. Touchnote is another application that helps people share their passion by sending printed postcards using their GALAXY Note, and Eurosports Player app enables Android device users to access live streaming of the Olympic Games on their smartphones. Samsung also provides a real-time report of the game schedules and results through ChatOn, Samsung’s global messenger application.

For information on all of Samsung’s Olympic initiatives please visit http://www.samsung.com/uk/london2012/