The recently released Firmware 1.3 upgrade gives your NX1 a whole range of new features and improvements. Most notably, camera’s video recording gets a big boost in quality.

For starters, the upgraded software doubles the amount of data read by your camera’s sensor, and as a result greatly increases the quality of the 60p Full HD video. This change results in excellent Full HD videos that have much more detail and far less noise. Check out these screenshots from the latest firmware upgrade and compare them to the NX 1 running the previous software. 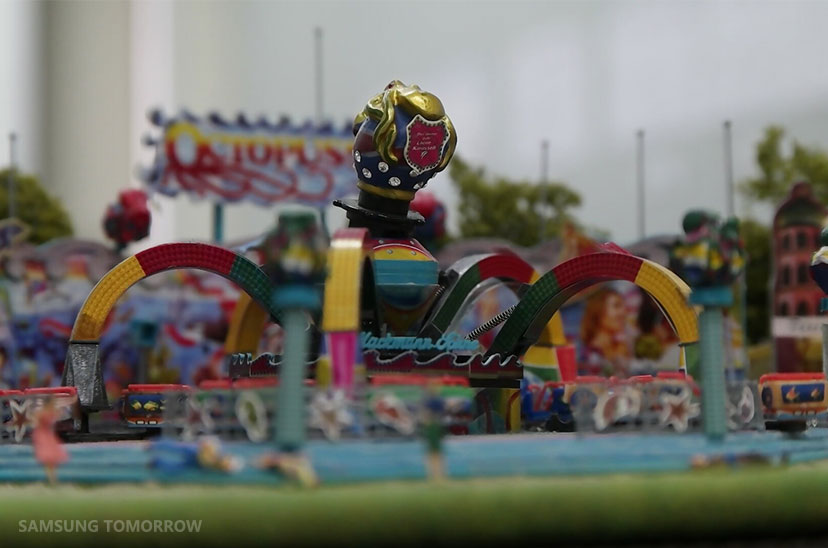 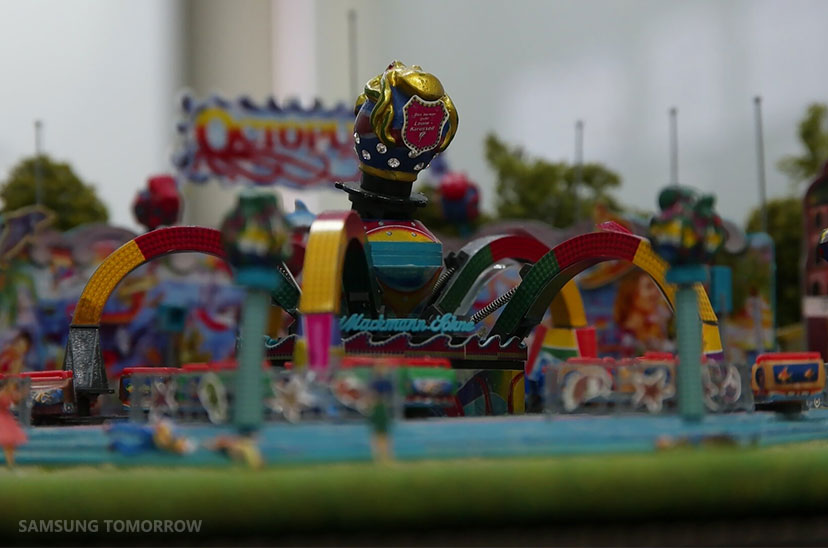 The first screenshot above was taken from a video recorded with a lot of light — in other words high illuminance — with a camera using Firmware 1.2. The second image is a screenshot in identical conditions, but was taken by a camera running Firmware 1.3. You can easily tell that the camera with 1.3 captures objects with much more clarity and detail.

But let’s zoom in and highlight the differences – here’s a close-up.

The left image is from the screenshot that was taken with Firmware 1.2, while on the right is an image shot with Firmware 1.3. Look carefully, and you will notice how much clearer the letters and textures are, especially on the detail of the golden parts of the object.

Now check out the screenshots taken in different light conditions. 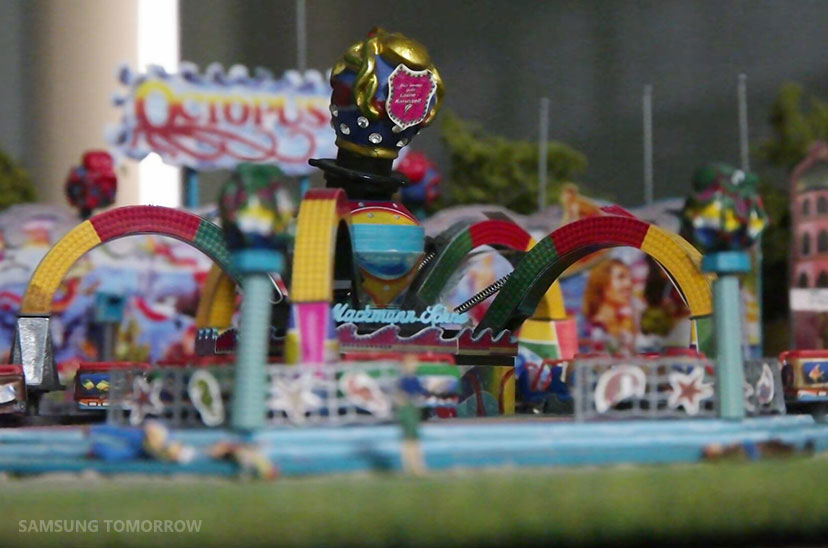 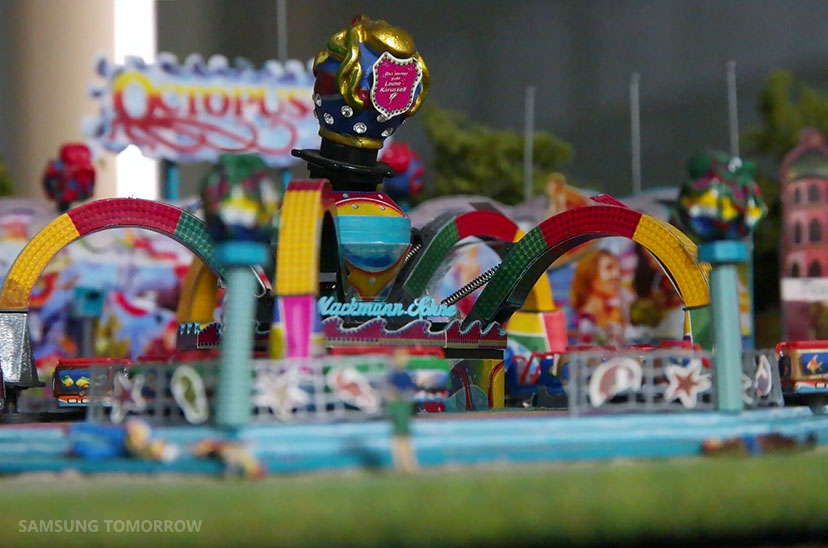 These are two screenshots taken from videos recorded with less sunlight — low illuminance — with cameras using Firmware 1.2 and Firmware 1.3, respectively.

Because it’s darker, there’s going to be more noise in the images. As expected, you may easily notice it in the Firmware 1.2 screenshot. However, you will be surprised by how much less noise there is in the screenshot taken with Firmware 1.3 – it is a much more vivid image compared to the picture taken with the older firmware.

When the picture is cropped for a closer look, the difference is even more obvious. The image on the right has much less noise in the dark background, and the writing is much clearer.

The Firmware 1.3 upgrade gives you other improvements too. The NX1 now supports Full HD 120p recording. 120p means that you can record a video with 120 progressive images per second. The bigger the number of images per second, the smoother your video will be.

For the NX1 running older firmware, users previously had to choose between 24p, 30p, 60, and then switch to slow-motion to enable 120p recording. With the 1.3 upgrade, 120p recording has become the standard option, even when recording voice.

The upgrade now also makes it possible to customize the sensitivity of the manual focus (MF). A camera’s focus should move and adjust quickly, especially when you want to take a snapshot or capture a sports scene.

However, when it comes to video recording, a fast moving focus can easily spoil the movie; it just doesn’t feel natural. But now, under Firmware 1.3 there is an option to set the responsiveness of the Manual Focus to ‘Low’. In other words, when you turn the focus it moves much slower, and the MF adjusts just as it would with a lens on a movie camera.

Moreover, Firmware 1.3 enables your camera to display histogram and digital levels during standby/recording mode. This will save users a lot of frustration, as they will no longer have their video recording ruined by a sloped background.

The upgrade brings many other enhancements for still photos as well as connectivity.

For stills, the auto focus (AF) performance has been greatly improved, so it’s now easier to get a good auto focus even in tricky light conditions like low illumination or too much backlight.

The Firmware 1.3 upgrade also comes with a new Zone AF, which makes it possible to focus on and track a moving object in a specific area. This is definitely an excellent feature when you want to shoot a fast-moving scene without compromising the composition of the photo.

With Samsung Remote Studio (SRS) software, you can control your camera from a computer, and even take pictures with it just through the USB port. This will especially come in handy when taking pictures in a studio, or shooting a still life or product. The image will automatically be sent to your PC, saving you the hassle of copying or importing images to your computer.

There are three ways to upgrade the Firmware on your NX1. Either download the upgrade from Samsung.com and copy it to your camera’s SD card, upgrade it through the iLauncher software, or if your NX1 is connected to the internet through Wi-Fi, the camera can simply upgrade itself. 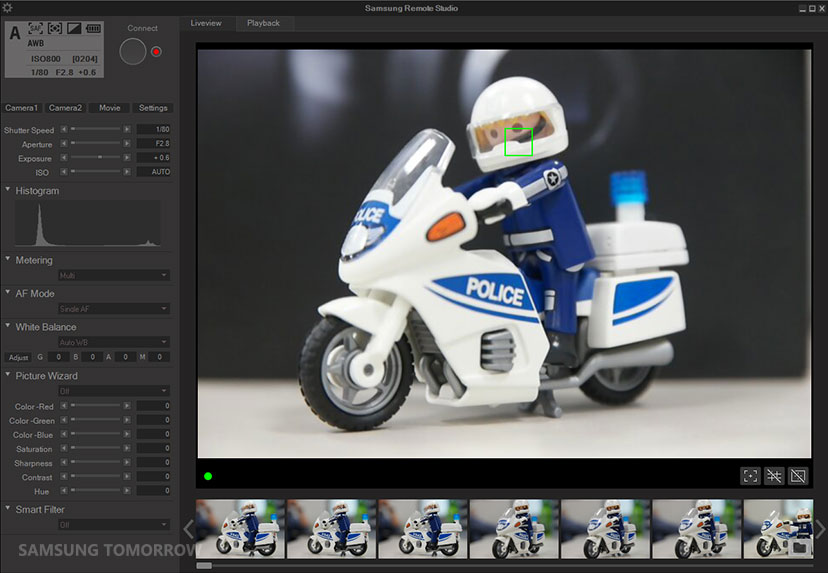 The Samsung NX1 has been widely recognized for its excellence and performance. The Technical Image Press Association (TIPA) — one of the most respected organizations in the field in Europe — honored it as the Best Compact System Camera (CSC) Professional 2015. DPreview.com, a renowned camera review site, gave it a gold award and it even scored 83 points on DxOMark, the highest score in what is the most trusted industry standard for camera and lens image quality measurements and ratings in France.

And there is more to come – Samsung will continue to evolve the NX1 through firmware upgrades. NX1 owners know that the picture quality of their camera is only going to get better and better.