Twenty years ago, it was impossible to imagine computers small enough to fit into the palm of your hand and the ability to communicate to anyone in the world with ease. But Samsung’s “Do What You Can’t” mindset ushered in an era of smartphone advancements and innovative technology that makes the impossible a reality. This spirit of innovation and drive is what brought Samsung and the Olympic Movement together in 1998 and has been the foundation of the partnership ever since. This storied relationship is brought to life in an interactive exhibit at the Unbox Samsung Gallery featured in Samsung’s Olympic Showcase. 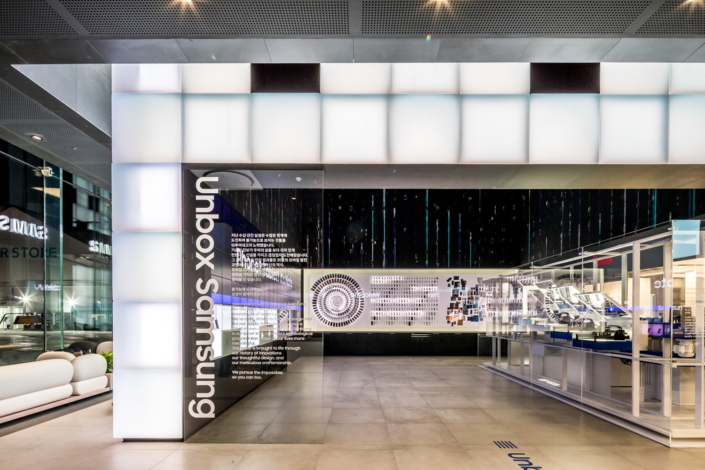 Located at the entrance of the two-story showcase, the Unbox Samsung Gallery takes a look back at Samsung’s historic mobile innovations, dedication to design and craftsmanship, and the history of the company’s celebrated Olympic Games campaigns.

A History of Innovation

The Unbox Samsung Gallery begins with the History Wall, an exploration of Samsung Mobile’s 30-year history divided into six periods, each showcasing the devices that defined the era. In 1988, Samsung launched its first mobile phone, the SH-100, which was only the third mobile phone in the world to be developed independently. 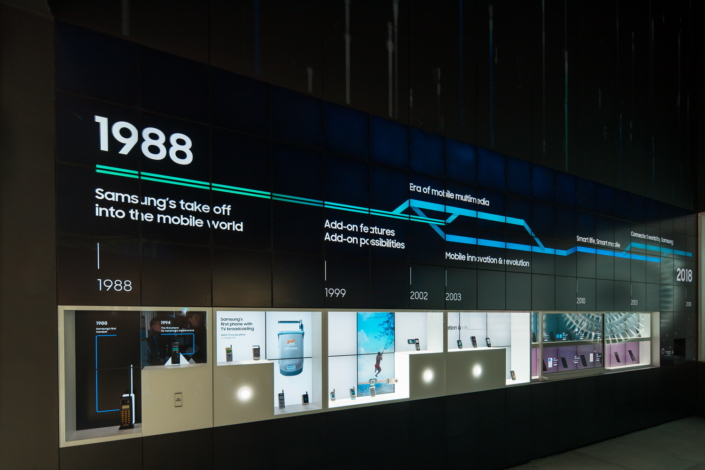 Other major milestones include the SH-770, the first mobile phone to be launched under Samsung’s Anycall brand. The SH-770 became the top-selling phone in Korea just two years after its release and was lauded for its excellent call quality. For those interested in the history of Samsung’s mobile technology, the gallery also features a living archive where some of the company’s cutting-edge products are on display. 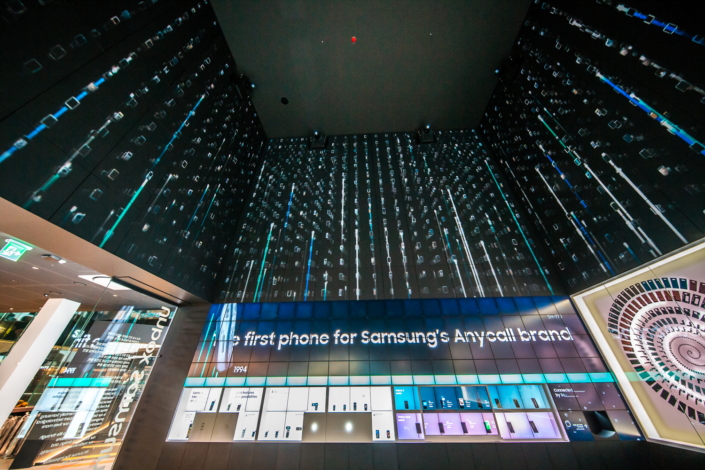 Visitors can also explore the state-of-the-art features of Samsung’s past products through the use of an interactive, transparent panel that displays each device’s most impressive specs. 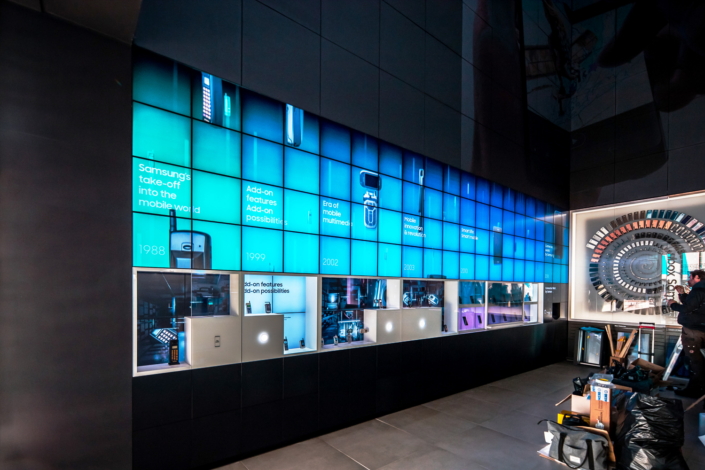 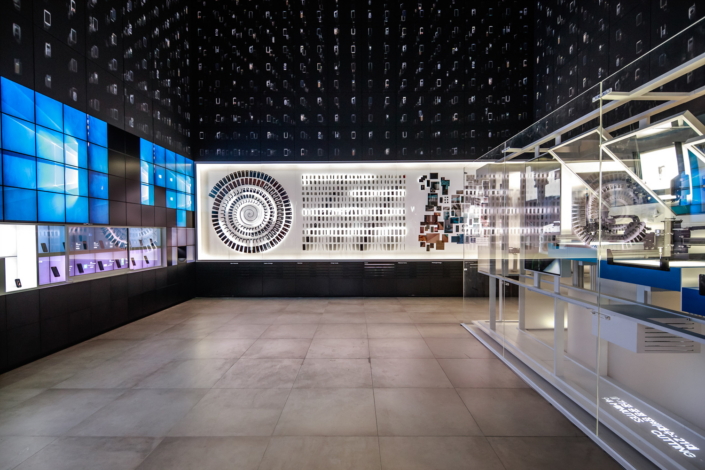 But while Samsung’s history is full of remarkable technology, the company is also well known for its impeccable craftsmanship and leadership in mobile design.

Dedicated to Design, Committed to Craftsmanship

Celebrating the balance between aesthetics and technology Samsung is known for, the gallery’s Design Wall showcases the artistry behind some of the company’s award-winning devices. 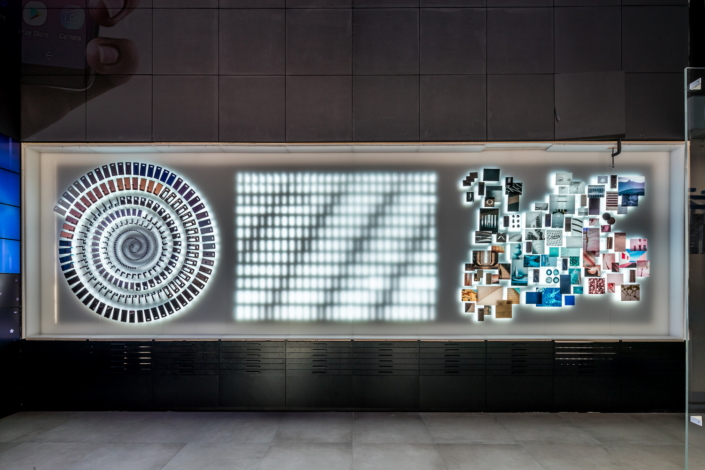 The Design Wall features interactive drawers, each showcasing a different part of the design process. In the first drawer, guests will find the raw materials used to develop Samsung’s modern smartphones. From tiny, near-invisible components to instantly-recognizable signature metallic plates, the showcase highlights that there is more than meets the eye to Samsung’s designs. 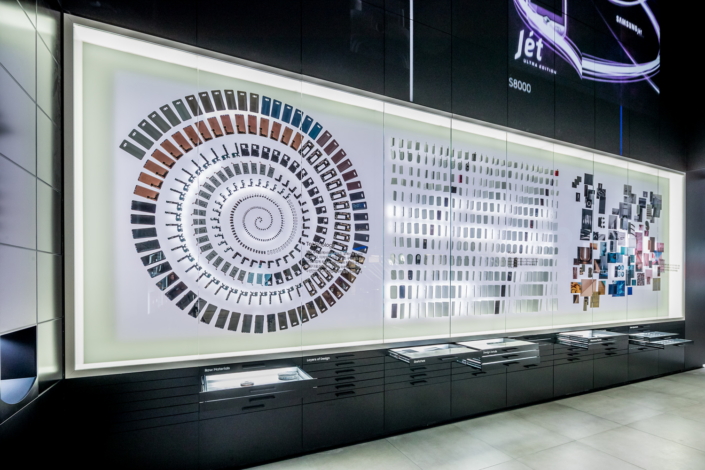 The manufacturing process comes to life in the Craftsmanship Zone. From molding aluminum chassis to post-assembly functionality testing, visitors can experience the attention-to-detail and quality that goes into every Samsung smartphone. 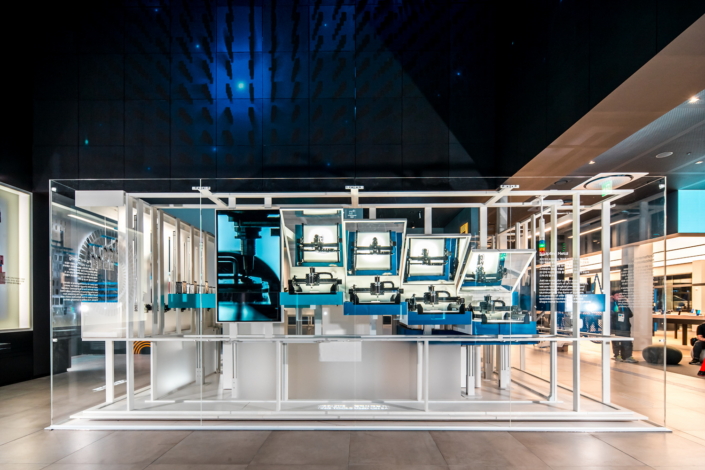 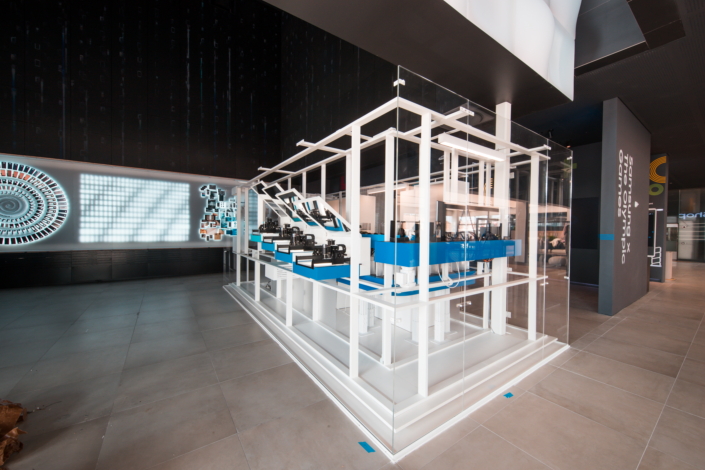 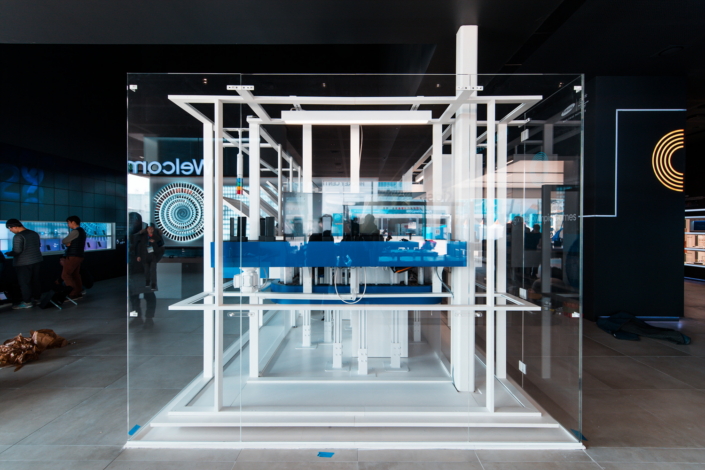 Along with highlighting Samsung’s mobile innovations, the gallery also explores the company’s extensive history as an Olympic sponsor in the Olympic Heritage exhibition.

On TOP of the Games

Samsung’s Olympic Games story began in 1988 when the company served as a local sponsor of South Korea’s first Olympic Games. For the Olympic Winter Games in Nagano ten years later, Samsung formalized the relationship by joining The Olympic Partners (TOP) program as a worldwide partner in the Wireless Communications Equipment category. The Olympic Heritage exhibition takes visitors on a trip down memory lane through a series of campaigns featured over the last two decades. 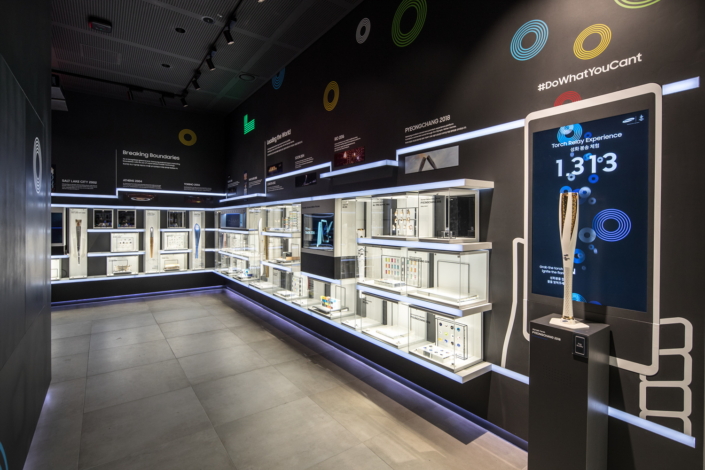 Samsung’s support has also helped bridge the Olympic Games into the digital age. For the Olympic Games Sydney 2000, Samsung provided 25,000 mobile phones, technical support, and an Olympic Rendezvous pavilion where athletes and families could meet to watch live feeds of events together.

In 2004, Samsung released the Wireless Olympic Works (WOW) platform for the Olympic Games Athens 2004. The program enabled real-time transmission of information from the Olympic Games to mobile phones; an updated version of WOW was released at the Olympic Winter Games Sochi 2014. These digital programs paid dividends as Samsung continued to extend its Olympic Games sponsorship.

The Olympic Games Rio 2016 saw some of the highest engagement to date with the #DoWhatYouCant campaign, which reached more than 121 million fans. The campaign’s success continues with PyeongChang as Samsung celebrates the Olympic Winter Games and showcases the crossroads where technology meets ambition.