Samsung Participates in Earth Day Around the Globe

On April 22, a number of Samsung Electronics campuses, branches and support centers around the world launched campaigns for Earth Day 2019, a global event founded in 1970 to raise public awareness about current environmental issues.

While previous efforts were localized to Samsung employees in Korea, this year Samsung has expanded its participation to locations across the globe and included both employees and consumers in the campaign.

A diverse range of activities have been arranged for the campaign. Samsung is collecting used electronics from their employees in order to recycle them, placing collection boxes in convenient places, including building entrances and cafeterias. In addition to Korea, the collection drive is currently taking place in several other countries, including the U.S., Germany, Russia and India. 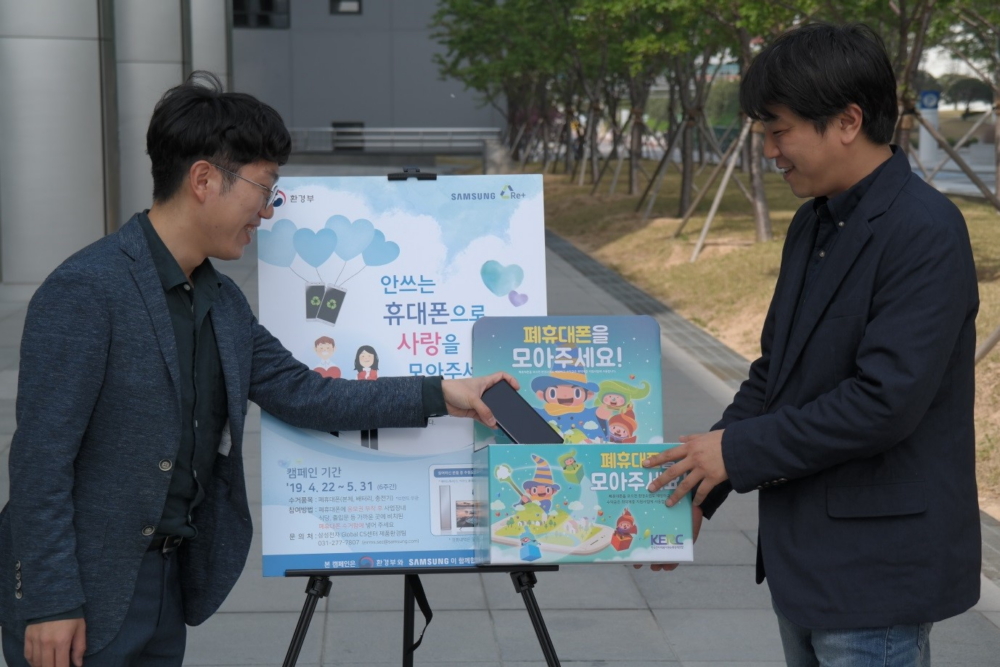 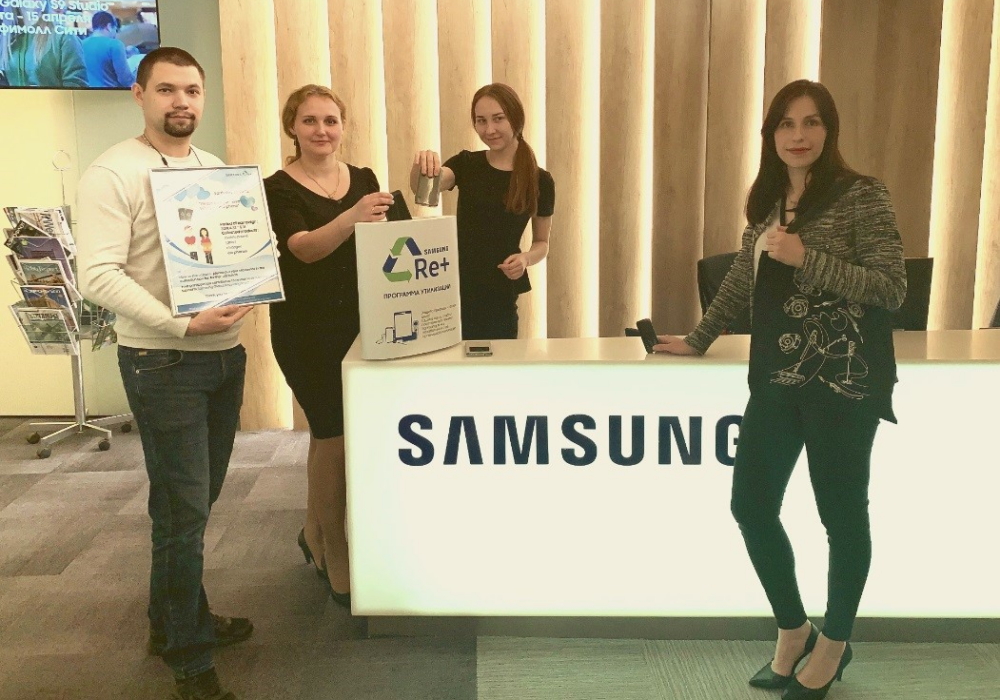 Samsung’s customer support centers in 25 countries are also participating in the campaign. In Mexico, for example, Samsung is providing seeds to customers on April 22. The seedlings grown from these seeds will be planted at a national park designated by the government on Mexico’s Earth Day, which is celebrated towards the end of October. The names of the individual customers who nurtured them will be placed beside each plant. Children who visit Samsung support centers in Turkey on Earth Day receive coloring books and pencils made from recycled materials. In addition, Samsung will be providing gifts, such as potted plants and eco-bags, and leaflets to those who visit Samsung support centers in Canada, Spain, Germany, Ukraine and Taiwan, as well as other regions and countries. 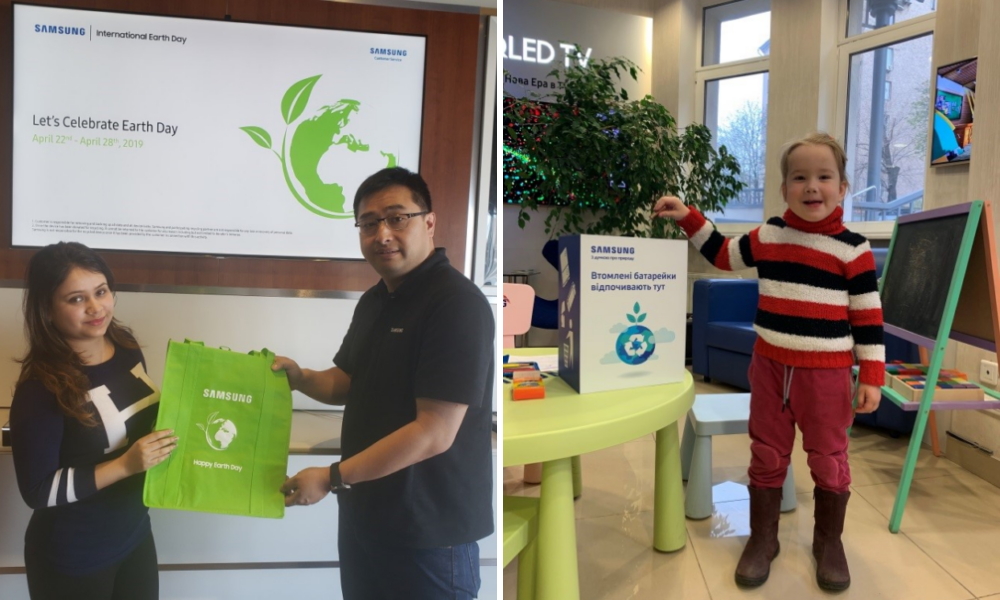 Alongside the Earth Day campaigns, Samsung is incorporating eco-friendly materials into its designs. The company utilizes regenerating plastic in a variety of product lines, including refrigerators, washing machines, air conditioners, TVs, monitors and cell phone chargers, to minimize waste. After announcing plans to increase the use of eco-friendly and recycled materials in its packaging in January this year, Samsung introduced the company’s first plastic-free packaging design with the launch of the S10 line.