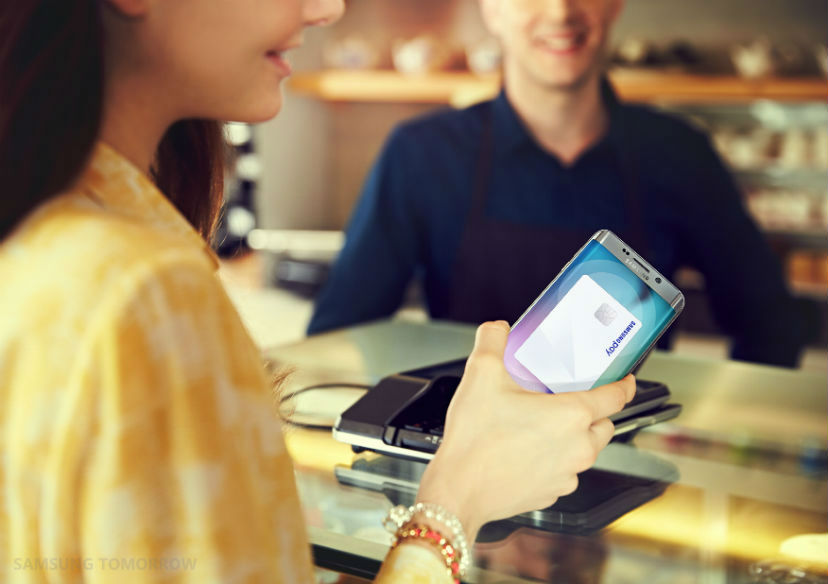 There has been a lot of enthusiasm for Samsung’s mobile wallet and the ways in which it differs from other mobile payment systems. Samsung Pay launched in Korea last month, and the mobile payment solution has already proven its biggest advantage is its nearly universal merchant acceptance with both of NFC and MST(Magnetic Secure Transmission) support in nearly all current merchant locations.

Samsung Tomorrow sat down with Samsung Electronics Executive Vice President, Injong Rhee, who is in charge of leading the development of Samsung Pay, to discuss the overall consumer feedback and plans to expand the service in the future.

Q. What has been the feedback on Samsung Pay since its official debut in Korea on August 20?

Considering that only about two weeks have passed since the official launch, the response has been beyond our expectations. We’re seeing an average rate of 25,000 registrations per day for Samsung Pay, and its usage has surged rapidly, recording a daily average of KRW 750 million in terms of transaction volume. After using Samsung Pay, consumers are surprised and pleased by its intuitiveness and quick payment process. In addition, business owners have also been amazed and shown interest in the service.

We have also heard some funny stories since some vendors are unfamiliar with Samsung Pay. For example, when one of the Samsung Pay developers tried to use it at a sauna, an employee told him that they don’t accept it. Just then, another employee standing nearby said, “This is Samsung Pay. We can take it.” The developer was able to complete the transaction. I think it is hard to forget Samsung Pay once people have encountered it because of its ease-of-use and simplicity.

Q. How often do users make payments with Samsung Pay?

The details on Samsung Pay usage are constantly being updated, and a majority of Galaxy Note5 owners in Korea have used the service.

During the open beta period, about five out of every 10 were Samsung Pay transactions. This is an amazing figure since people rarely used mobile payments until now.

During the open beta service here in Korea, the number of active users who made more than one payment with Samsung Pay represent 80-90% of all Samsung Pay users. Seeing that Samsung Pay does not support online transactions yet, it can be interpreted that more than 50% of plastic card payments can be substituted with mobile payment.

Q.What do you think are the reasons behind such enthusiastic initial feedback on Samsung Pay?

We consider plastic cards to be the strongest competitor for Samsung Pay, rather than the other mobile payment services. In order to encourage consumers to use Samsung Pay instead of paying with plastic cards, we had to provide more value than a plastic card could offer.

The strongest point of Samsung Pay is that it will be able to allow users to make payments with credit cards, rewards cards, gift cards, department store cards and store-brand cards with a single mobile device, rather than a stuffed wallet, thanks to MST technology. In addition, many people think it is a hassle to get their wallets from their purses or pockets in order to pull out plastic cards, all while also holding onto their smartphones. Since it is quite convenient to pay with the smartphones they are already holding using Samsung Pay, we expect it to have a greater impact in the lifestyles of consumers.

Samsung Pay will be able to offer other various services, as well. In the future, we will be able to adopt a location-based service, notifying consumers of available coupons nearby, helping users save money and also allowing vendors to effectively execute marketing. It is expected that with these types of value-added services, the transition from using plastic cards to mobile payment services will occur rapidly, changing payment habits, as well as lifestyles.

Q. What is the feedback from banks and merchants regarding Samsung Pay?

In the banking sector, establishing and preoccupying the mobile banking system is the most important issue. Banks are interested in and actively participating in Samsung Pay as a mobile payment service that supports such systems. We were able to build a solid service system for consumers in a very short time, thanks to the eager support for technological integration by the banks. The number of partners adopting Samsung Pay is continuously rising.

Vendors are also showing positive response to Samsung Pay, enabling consumers to use rewards cards more easily, and as a tool for managing clients and advertising. Previously, consumers had to disclose a lot of personal information when signing up for rewards cards, which took extra time and created some security concerns. With Samsung Pay, when consumers wish to apply for membership, we have the data entered automatically.

That said, there are some outdated payment terminals which will require software updates in order to operate the Samsung Pay system. In order to address this issue, we are currently working with those terminal providers and sellers.

Q. Will it be possible for Samsung Pay to be available in other countries in the future? Also, will the range of devices that support Samsung Pay be expanded?

Samsung Pay’s beta tests are being conducted in the U.S., and is scheduled to launch on September 28. We will also conduct beta tests in a few other countries, including Spain and the U.K. It has been demonstrated that countries with a high credit card usage show the strongest interest in Samsung Pay.

Samsung Pay is a service based on Samsung Electronics mobile devices and is part of our efforts to provide more convenient experiences to Samsung’s mobile users. It is a great benefit for consumers, which is expected to contribute to strengthening Samsung’s market share in mobile devices. By providing Samsung Pay and closely connecting it to everyday lives, it has added yet another value that Samsung can offer consumers.

Q. Currently Samsung Pay does not charge fees. Do you have plans to make profit through the service model?

Samsung Pay is provided to users, banks and credit card companies without charge so there is no profit generated from the service itself, as of now. We are focusing on how to let users fully adopt Samsung Pay easily and conveniently and what kind of additional value we can provide. We can certainly offer more value-added services in the future if they are proven to provide greater value to users.

Q. Samsung Pay users must be particularly interested in mobile device security. What kind of security system does the Samsung Pay apply in order to protect user data?

For the past several years, Samsung has concentrated on developing services, content apps and software. These efforts have laid the foundation for Samsung Pay. In particular, we have strengthened security through Samsung KNOX, a mobile security platform. Samsung Pay was created based on this improved security.

Furthermore, we have fully devoted ourselves to protecting user data within Samsung Pay. Since a one-time virtual card number (token) is generated to make each payment, the actual card number is not stored in the device. Also, if a smartphone is lost, the data in the device can be deleted remotely or the Samsung Pay function can be suspended.

Q. What additional services are you planning to offer through Samsung Pay?

First, we are planning to provide an online payment solution through Samsung Pay. It will be a convenient way to shop online since the public key certificate or password required for previous online transactions will be replaced with fingerprints. We are preparing for a transportation card function, as well.

In addition, we are considering a service that issues a Samsung Pay card number without the physical card itself. We believe it will provide greater value to consumers and vendors by reducing the expense of issuing cards and save in the production of plastic cards.