A “complaint” letter Samsung was happy to get

On August 31st 2011, a letter from a customer was delivered to Samsung’s UK subsidiary service team. Our service team was nervous as they were opening the letter, because normally British people only write in to express discontent or complaints. However, when the employee finished reading all three pages of the letter, he seemed to be impressed. He even broke into a smile as the team gathered around to read the letter.

The letter came from a British family called the Binnies who started by mentioning their first ever Samsung product – an 11 year old TV which they had inherited from their parents.  Despite the TV’s age, the Binnie’s ended up hooked on Samsung. The letter went on to mention how Samsung had brought satisfaction, but also a sense of rivalry – When the husband bought a Samsung laptop, his wife bought a netbook.  As she bought Galaxy S, he bought Galaxy SII. Though the Binnie’s ended up in competition, Samsung’s UK service team ended up happy. 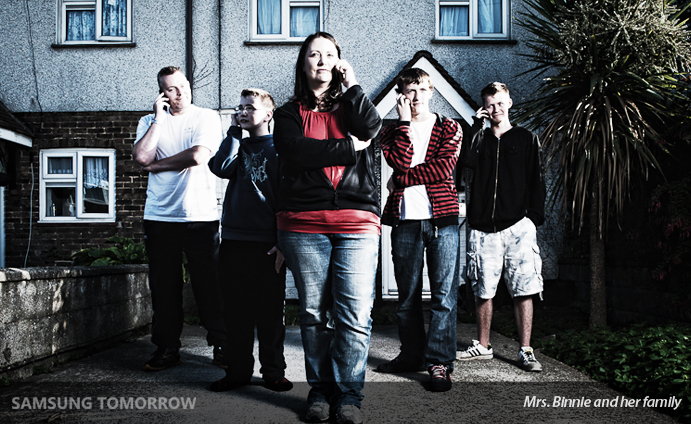 Despite their race to purchase new gadgets, they also joked that Samsung was bankrupting them, as they ended up spending too much money on Samsung products (like a new Samsung TV, Blue-Ray player, and mobile phones for their kids!)  They issued a warning:“If you are not going to stop producing Samsung products which have wonderful design, top notch technology and perfect services, we are going to get bankrupted soon.”

After the service team read the letter, they realized it wasn’t really a complaint letter at all.  It was a “satisfaction letter!”  Samsung decided to visit with Zoe Binnie and her family.   While there, the team took a video to introduce the family members who wrote this letter.

How many Samsung products do you have?

We have a Samsung TV, 4 mobile phones, a Blue-ray player, a laptop, a netbook, a monitor and so many Chelsea jerseys! 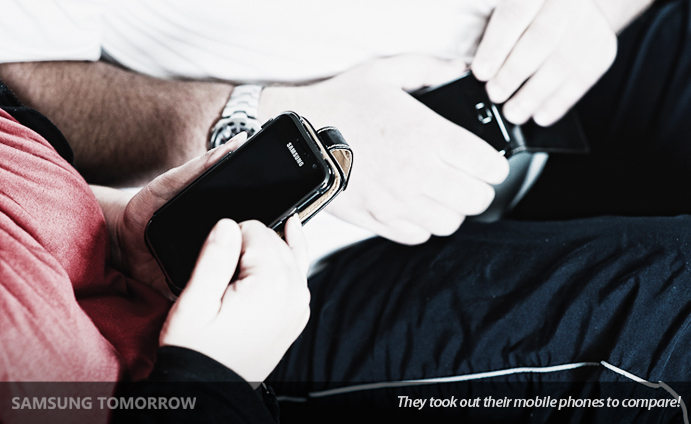 What makes you to buy Samsung products?

At first, we didn’t realize how loyal we were being to Samsung. Samsung was the best option for us at the time we bought the products. They had better features and we were satisfied with our previous Samsung products as well. 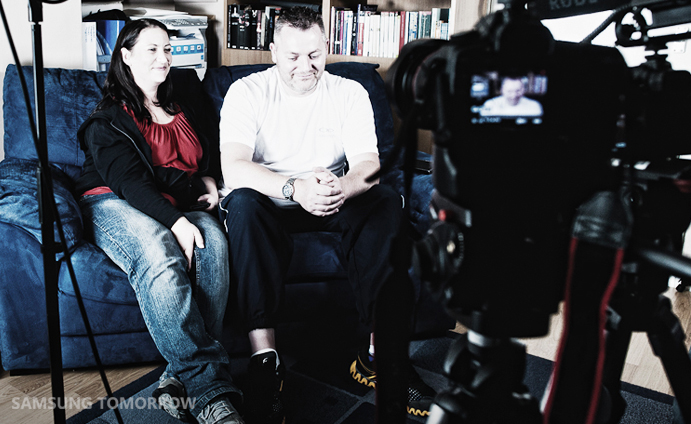 What is the best thing about Samsung Electronics?

I think its usability is the best. For the netbook, other companies didn’t think that we needed a full-sized keyboard. However, Samsung did! In addition, Samsung has some apps that other companies don’t have. When we compared design, features, and prices, we always end up going with Samsung.

Samsung’s UK subsidiary is so pleased to have such great fans and satisfied customers.  Making products that people get so attached to and so loyal to is what every technology company aspires to do, and Samsung is pleased to have made such an impact on this British family. We look forward to more “satisfaction letters” in the mail!

The content on the blog is based on individual opinion and does not represent the position, strategy, nor opinions of Samsung Electronics.