With the establishment of flexible displays behind us, many have asked what the next big development in display technology will be.

Recently, free-form displays1 have been gaining traction as next-generation technology that will allow for both high-resolution visuals and portability at the same time. While the technology is still in its nascent stages, significant research has been carried out on stretchable displays (a core technology for free-form displays) that can be stretched in all directions like rubber bands to change their shapes.

On June 4, researchers at the Samsung Advanced Institute of Technology (SAIT), Samsung’s R&D hub dedicated to cutting-edge future technologies, published research2 in the world-renowned journal ‘Science Advances’ about a technology that overcomes the limitations of stretchable devices.

Through this study, stable performance in a stretchable device with high elongation was achieved. This research was also the first in the industry to prove the commercialization potential of stretchable devices, given that the technology is capable of being integrated with existing semiconductor processes.

The SAIT research team was able to integrate a stretchable organic LED (OLED) display and a photoplethysmography (PPG) sensor in a single device to measure and display the user’s heart rate in real-time, thus creating the ‘stretchable electronic skin’ form factor. The success of this test case proves the feasibility of expanding the technology to further applications. This research is expected to increase the uptake of stretchable devices in the future.

OLED ‘Skin’ Display That Can Be Stretched by Up to 30%

One of the biggest achievements of this research was that the team was able to modify the composition and structure of ‘elastomer’, a polymer compound with excellent elasticity and resilience, and use existing semiconductor manufacturing processes to apply it to the substrates of stretchable OLED displays and optical blood flow sensors for the first time in the industry. The team were then able to confirm that the sensor and display continued to operate normally and did not exhibit any performance degradation with elongation of up to 30%.

To put their research to the test, the SAIT researchers attached stretchable PPG heart rate sensors and OLED display systems to the inner wrist near the radial artery.3 Doing this allowed them to confirm that wrist movement did not cause any property deterioration, with the solution remaining reliable with skin elongation of up to 30%. This test also confirmed that the sensor and OLED display continued to work stably even after being stretched 1,000 times. What’s more, when measuring signals from a moving wrist, the sensor was found to pick up a heartbeat signal that was 2.4 times stronger than would be picked up by a fixed silicon sensor.

“The strength of this technology is that it allows you to measure your biometric data for a longer period without having to remove the solution when you sleep or exercise, since the patch feels like part of your skin. You can also check your biometric data right away on the screen without having to transfer it to an external device,” explained principal researcher Youngjun Yun, corresponding author of the paper. “The technology can also be expanded to use in wearable healthcare products for adults, children and infants, as well as patients with certain diseases.”

Implementing stretchable display technology proves difficult because usually when a display is stretched or its shape is manipulated, the device either breaks or its performance deteriorates. In order to overcome this problem, all of the materials and elements, including the substrate, electrode, thin film transistor, emission material layer and sensor, must have physical stretchability as well as the ability to maintain their electrical properties.

Thus, the SAIT researchers replaced the plastic material used in existing stretchable displays with elastomer. The system developed by the SAIT team is the first in the sector to implement a display and sensor using photolithography processes that enable micro-patterning and large-area processing.

Elastomer is an advanced material with high elasticity and resilience, but is limited in its capacity to be applied to existing semiconductor processes because it is vulnerable to heat. To mitigate this, the team strengthened the material’s thermal resistance by tailoring its molecular composition. They also chemically integrated certain molecule chains in order to establish a resistance to the materials used in semiconductor processes.

“We applied an ‘island’ structure to alleviate the stress4 caused by elongation,” said staff researcher Yeongjun Lee, co-first author of the paper. “More stress was induced in the area of the elastomer, which has a relatively low elasticity coefficient5 and is thus more likely to become deformed. This allowed us to minimize the stress sustained by the OLED pixel area, which is more vulnerable to such pressure. We applied a stretchable electrode material (cracked metal) that resists deformation to the elastomer area, and this allowed the spaces and wiring electrodes between the pixels to stretch and shrink without the OLED pixels themselves becoming deformed.”

▲ OLED and cracked metal electrodes in an island structure 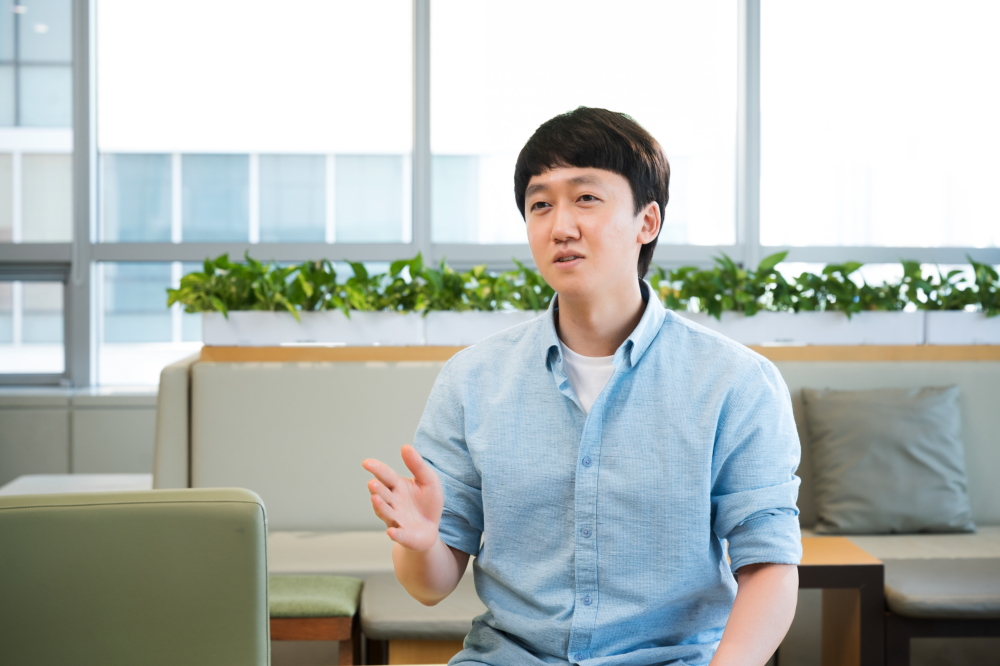 The stretchable sensor was made in a way that makes continuous heartbeat measurements possible with a high degree of sensitivity compared to existing fixed wearable sensors. The solution does this by facilitating close adhesion to the skin, which minimizes performance inconsistencies that can be caused by movement.6

The stretchable sensor and OLED display developed by the SAIT team were brought about by overcoming limitations in existing device performance and operational processes, including those of current stretchable materials. The work done by the SAIT team is particularly significant in that it has secured chemical and heat resistance for the elastomer material, thereby making commercialization of stretchable devices with high resolution and large screens more likely in the future.

“Our research is still in the early stages, but our goal is to realize and commercialize stretchable devices by increasing system resolution, stretchability, and measurement accuracy to a level that makes mass production possible,” said principal researcher Jong Won Chung, co-first author of the paper. “In addition to the heartbeat sensor that was applied in this test case, we plan to incorporate stretchable sensors and high-resolution freeform displays to enable users to monitor things like peripheral oxygen saturation, electromyogram readings and blood pressure.” 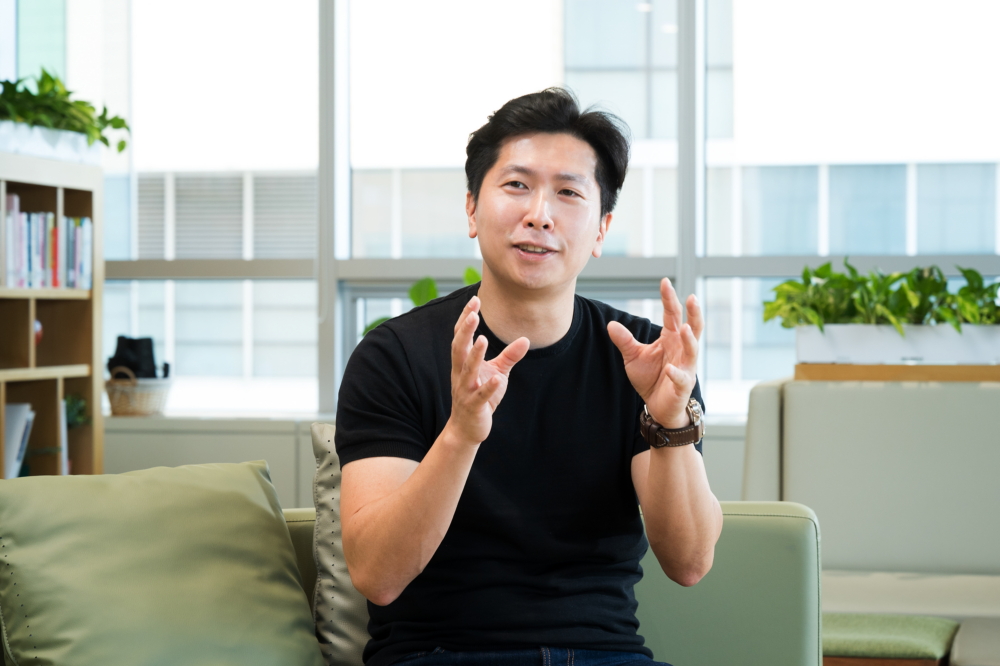 4 The resistance force that is created in a material when it is compressed, bent, twisted, or has other external forces applied to it