Samsung Showcases Its Most Immersive Monitors Yet

These days, with so much dynamic content on offer in the worlds of gaming and on-demand video, consumers prize monitors that allow them to immerse themselves in the on-screen action comfortably and completely. Samsung’s new CH711 Curved Monitor combines landmark technologies developed through its history of industry-leading display innovations to do just that.

Showcased at Samsung’s booth featuring peerless Quantum dot color and an elegant and practical design, the CH711 treated CES 2017 attendees to a truly lifelike viewing experience that’s easy on the eyes – in more ways than one. 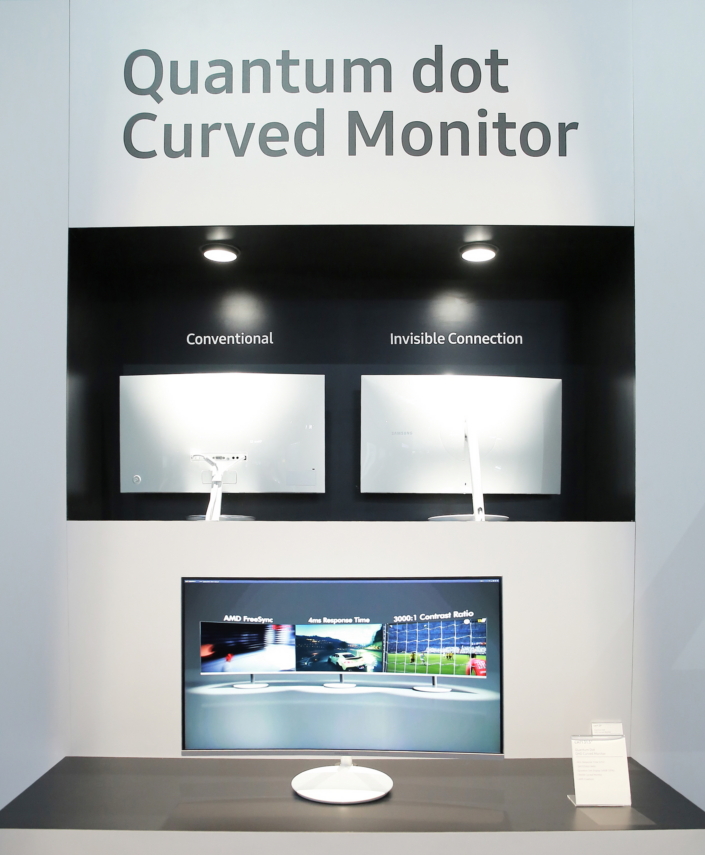 Visitors to Samsung’s booth were impressed not only by the CH711’s ability to create a natural and immersive picture, but also its knack for depicting visuals in stunning detail. 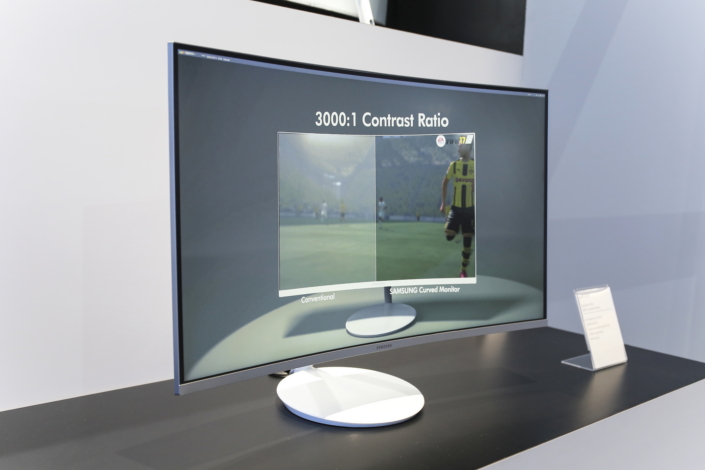 Such precision is possible, in part, due to the CH711’s best-in-class, 3000:1 contrast ratio, which minimizes light leakage across the screen to provide deeper blacks and more brilliant whites. This allows the monitor’s crisp, WQHD detail to truly stand out. The pin-sharp, 2560 x 1440 screen boasts a resolution that’s 1.8 times the pixel density of Full HD, and features a four-layer coating to ensure that its clarity will last.

Paired with the monitor’s Quantum dot technology, which allows, such definition brings content such as movies, broadcasts and games to life, making them that much more engaging.

A Sleek and Seamless Design

In addition to the CH711’s clean visuals, visitors were impressed by the CH711’s polished and clean aesthetic. 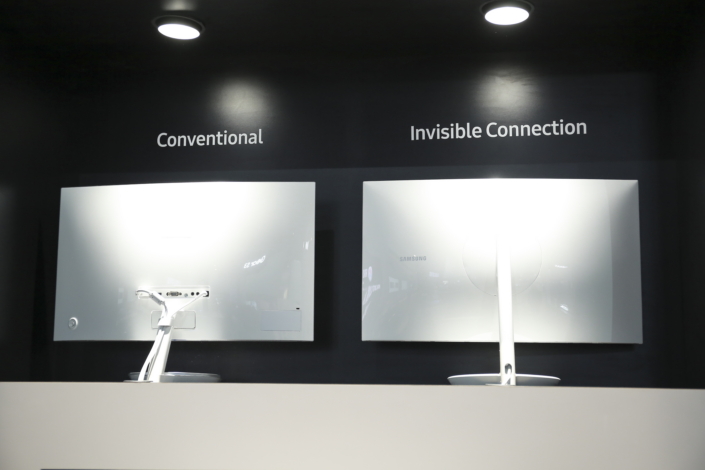 The CH711 conceals its cords within its rear panel and stand, completing a sleek and refined aesthetic.

The CH711 conceals its cords within its rear panel and stand, creating a profile that’s seamless from all sides. A slender, near bezel-less form and glossy white finish complete the CH711’s sleek look.

Built for Extensive Use

Samsung also built the CH711 with a design that provides optimal comfort for the viewer. The CH711’s 1800R curvature is the best in its class, and makes for a wide and engaging view.

The 31.5-inch monitor’s curve caters to the eye’s natural field of vision, and thus allowed visitors standing before the displays to take in each area of the screen at a uniform distance from their vantage point. This design minimizes image distortion across the screen, yielding a clean and uniform picture.

Recent research, including a study conducted by Harvard Medical School, has indicated that curved monitors are in general more visually comfortable than flat displays when engaging in intensive visual tasks.

Gaming in the Samsung Booth

While Premium Quantum Dot Monitor CH711 showed off its sleek design “that’s a welcome addition to any home or office,” the in-booth FIFA 2017 tournament on the Quantum Dot Gaming Monitor CFG70 pleased the gaming crowd. 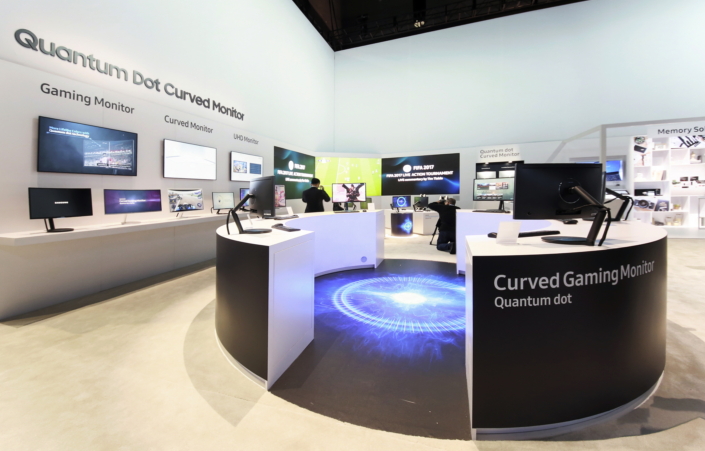 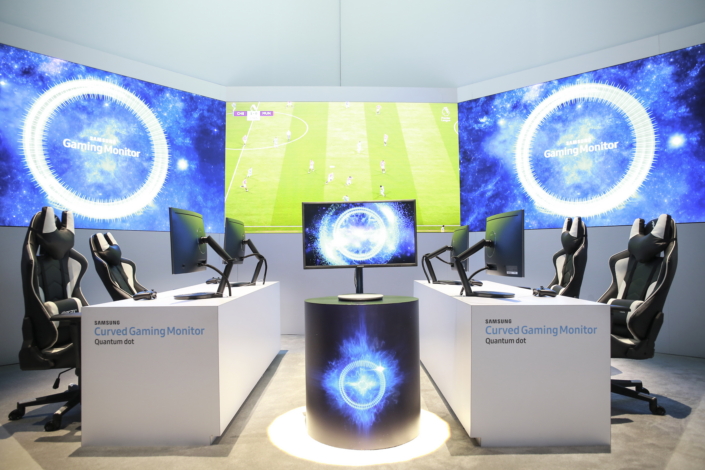 A curved screen of an 1800-millimeter radius coupled with adjustable joints offer a comfortable, immersive experience.

With a portfolio that encompasses quantum dot technology, curved design, UHD resolution and 1ms response time, all of which are on show at Samsung’s CES booth, Samsung continues to innovate the computer monitor, constantly pushing the boundaries of display technology.