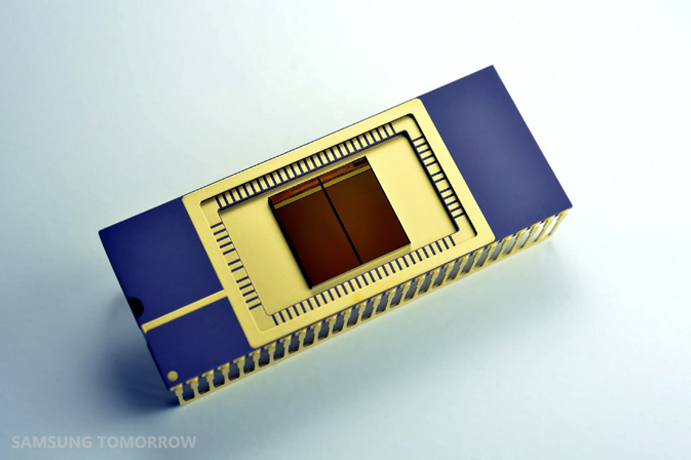 Samsung’s new V-NAND offers a 128 gigabit (Gb) density in a single chip, utilizing the company’s proprietary vertical cell structure based on 3D Charge Trap Flash (CTF) technology and vertical interconnect process technology to link the 3D cell array. By applying both of these technologies, Samsung’s 3D V-NAND is able to provide over twice the scaling of 20nm-class* planar NAND flash.

For the past 40 years, conventional flash memory has been based on planar structures that make use of floating gates. As manufacturing process technology has proceeded to the 10nm-class* and beyond, concern for a scaling limit arose, due to the cell-to-cell interference that causes a trade-off in the reliability of NAND flash products. This also led to added development time and costs. 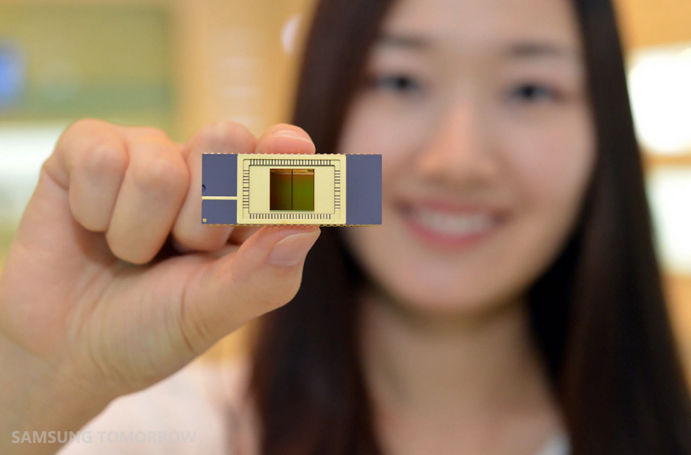 Samsung’s new V-NAND solves such technical challenges by achieving new levels of innovation in circuits, structure and the manufacturing process through which a vertical stacking of planar cell layers for a new 3D structure has been successfully developed. To do this, Samsung revamped its CTF architecture, which was first developed in 2006. In Samsung’s CTF-based NAND flash architecture, an electric charge is temporarily placed in a holding chamber of the non-conductive layer of flash that is composed of silicon nitride (SiN), instead of using a floating gate to prevent interference between neighboring cells.

By making this CTF layer three-dimensional, the reliability and speed of the NAND memory have improved sharply. The new 3D V-NAND shows not only an increase of a minimum of 2X to a maximum 10X higher reliability, but also twice the write performance over conventional 10nm-class floating gate NAND flash memory.

Also, one of the most important technological achievements of the new Samsung V-NAND is that the company’s proprietary vertical interconnect process technology can stack as many as 24 cell layers vertically, using special etching technology that connects the layers electronically by punching holes from the highest layer to the bottom. With the new vertical structure, Samsung can enable higher density NAND flash memory products by increasing the 3D cell layers without having to continue planar scaling, which has become incredibly difficult to achieve.

After nearly 10 years of research on 3D Vertical NAND, Samsung now has more than 300 patent-pending 3D memory technologies worldwide. With the industry’s first completely functional 3D Vertical NAND memory, Samsung has strengthened its competitiveness in the memory industry as well as set the foundation for more advanced products including one terabit (Tb) NAND flash, while setting a faster pace for industry growth.