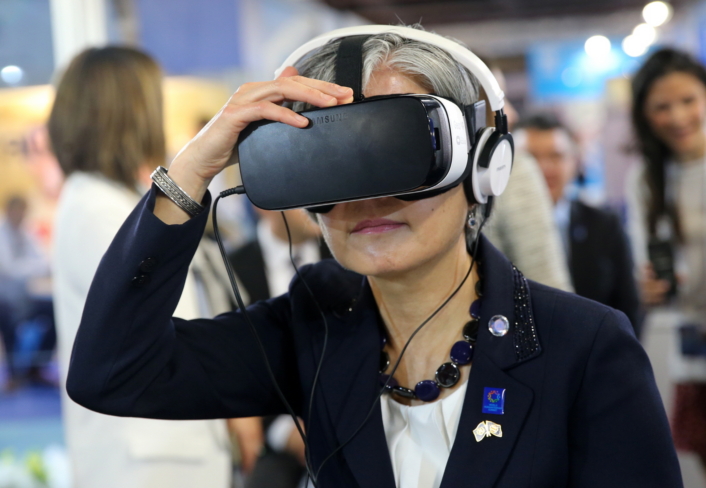 Samsung Electronics participated in UN World Humanitarian Summit which was held during the 23rd and 24th of May in Istanbul. At the Summit, Samsung Electronics Turkey lended a hand and provided its Samsung Gear VR and Galaxy smartphones.

The World Humanitarian Summit – the first summit of its kind held by the United Nations – brings together participants  from the global community which include hundreds of delagates and leaders of Governments, crisis-affected communities, CEOs of the private sectors, multilateral organizations, international and national NGOs, youth representatives, civil society, diaspora, civil-military, and academic leaders.

The UN is producing films using the Virtual Reality (VR) technology, and through this new and powerful approach, they are changing the way how organizations raise awareness and funds. These films highlight some of the most pressing global challenges that the humanity faces, including the Syrian refugee crisis and climate change issues.

At the Summit’s VR Hub and UN Women’s booth, visitors were able to watch the 9 immersive films* produced by the UN, using the located Samsung Gear VR and Galaxy smartphones, which were provided by Samsung Electronics.

Highlighting the importance of taking action to prevent and reduce human suffering DaeHyun Kim, Samsung Electronics Turkey President stated; “As a company using technology to improve the world, we are committed to using our global network and innovation to create positive changes for people everywhere, helping them to live a better life that is full of possibilities. We focus our resources on tackling key issues in the areas of education, employment, healthcare and the environment. While we are already in cooperation with UNFPA for a very important local project for women, when the opportunity to extend our cooperation with UN for the World Humanitarian Summit presented itself, as Samsung Turkey we mobilized our resources at once. We are most pleased to support UN`s endeavours in raising awareness for the importance of humanitarian aid, utilizing Samsung VR. We foresee that technology will play an ever increasing role in support of the humanitarian endeavours, and we are happy that Samsung technology can deliver up to the task.”

The cooperation of Samsung and UNFPA had recently started with Samsung’s support to the Women and Girls Safe Space founded by the UNFPA for women and girls in Şanlıurfa who have difficult access to healthcare, by providing the two centers with two Ultrasound machines. This granting of Samsung amounts to $150.000, and an estimated 26.000 women are expected to benefit from it.

About their cooperation with UNFPA, Samsung Electronics Turkey President DaeHyun Kim stated that “As Samsung we are most happy to cooperate with UNFPA in Turkey. Samsung is at the service of the communities in every way that we can, and at this time, we are providing our ultrasound machines, making sure that both the present and the increasing demand in the area for women’s reproductive health related services are provided for, with the best technology available.”

DaeHyun Kim, Samsung Electronics Turkey President was also present at the special breakfast event hosted by the Global Business Coalition for Education (GBC-Education), an NGO which aims to bring the business community together to accelerate progress in delivering quality education for children and youth. The event which was held with the aim of making education in emergencies a leading priority on the Summit agenda, was hosted by GBC-Education’s Executive Chair Sarah Brown and was attended by United Nations Secretary-General Ban Ki-moon, Former British Prime Minister Gordon Brown, as well as more than 150 high level representatives from philanthropic organizations, governments, UN agencies, multilateral organizations, and business leaders.

At this meeting, Mr. DaeHyun Kim and Ms. Sarah Brown spoke about the possibility of Samsung contributing to education in emergencies, and that Samsung shares GBC-Education’s vision regarding the importance of continuing with the educations of the children and youth affected by the conflicts, no matter what.

1. Exclusive premier of the new Virtual Reality film of the United Nations Secretary-General’s Mission for Humanity “Home”: As the fish cannot live out of the sea, Syrian people cannot live without Syria” says Zaad, a 16-year-old refugee in Jordan. With more than 60 million people displaced or refugees, the world faces the greatest humanitarian crisis since WW2. From Jordan to Lebanon, the Democratic Republic of the Congo and South Sudan, Home takes us on a humanitarian journey with the UN Secretary-General. Directors: Charlotte Cans (UNOCHA) & David Ohana (UNICEF)

2. “My Mother’s Wing”: In Gaza, foundations are built, destroyed, and built again. This virtual reality experience follows the struggle and strength of a mother coping with the death of her two children in the 2014 war. By UNSDG Action Campaign My Mother’s Wing

3. “Clouds Over Sidra” follows a twelve year old in the Za’atari camp in Jordan – home to 84,000 Syrian refugees. It follows her to school, to her makeshift tent and even to the football pitch.  The Zaatari Refugee Camp is home to 130,000 Syrians fleeing violence and war. Children make up half the camp’s population. This is the story of Sidra, a 12-year old girl who has spent the last 18 months in Zaatari. By UNSDG Action Campaign Clouds over Sidra

4. “Waves of grace”: Liberia has endured the largest Ebola outbreak in history. As communities rebuild, one woman seeks healing through faith. This is the story of Decontee Davis, an Ebola survivor who uses her immunity to care for orphaned children in her village. By UNSDG Action Campaign Waves of Grace

5. “For my Son” is the moving letter from a father to his baby son recalling his journey fleeing the war of Syria. Follow this courageous father, husband and educated lawyer who for the sake of his family left the Za’atari refugee camp to look for a better life in Amman. By RYOT  For My Son

6. “The Crossing” follows the journey of refugees crossing the Mediterranean sea to find a better life for themselves and their family. Experience their hopes, their challenges and their emotions when arriving “on the other side”.  By RYOT The Crossing

7. “Growing up Girl” is the story of a 10-year old girl from a rural village at the border between Kenya and Tanzania. Follow her through her daily life of collecting water and fire-wood, walking miles to go to school and the reason she does her homework under a light post. By RYOT Growing up Girl

8. “Ready for 100” is a virtual journey through the Antarctic glaciers and the effects of climate change on them, and on the animals and communities that depend on them. By RYOT Ready for 100

9. Crossing Tanganyika (Working title), Finess is a refugee once again in the Lusenda Refugee Camp in the Democratic Republic of Congo.  Women in her new community have suffered through sexual violence, discrimination and the loss of loved ones. When fleeing Burundi, she left behind her two daughters, but she never gave up hope of getting them back. Witness her courage and triumph through the power of UN Women’s safe spaces that promote education and vocational training, theater, song, dance, and solidarity in humanitarian crises. A film by UN Women

UNFPA, the United Nations Population Funds, is the lead UN agency for delivering a world where every pregnancy is wanted, every childbirth is safe and every young person’s potential is fulfilled. 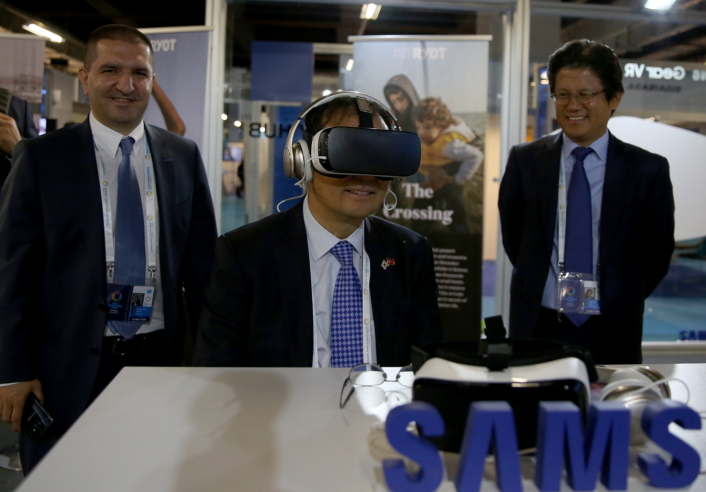 UN’s Virtual Reality Hub at the UN World Humanitarian Summit Exhibition, Yunsoo Cho, the Ambassador of Republic Of Korea to Turkey, check out the virtual reality film with Gear VR. 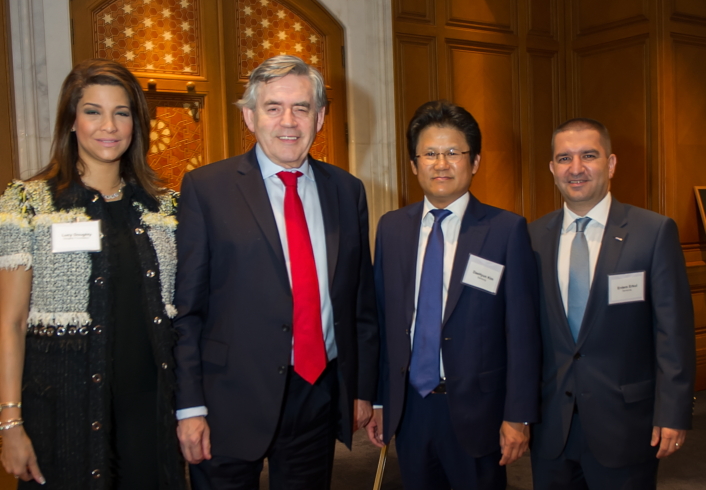