Samsung Electronics announced that it will be holding a worldwide app challenge for Gear 2 apps, “Samsung Gear App Challenge,” to vitalize the wearable app market. 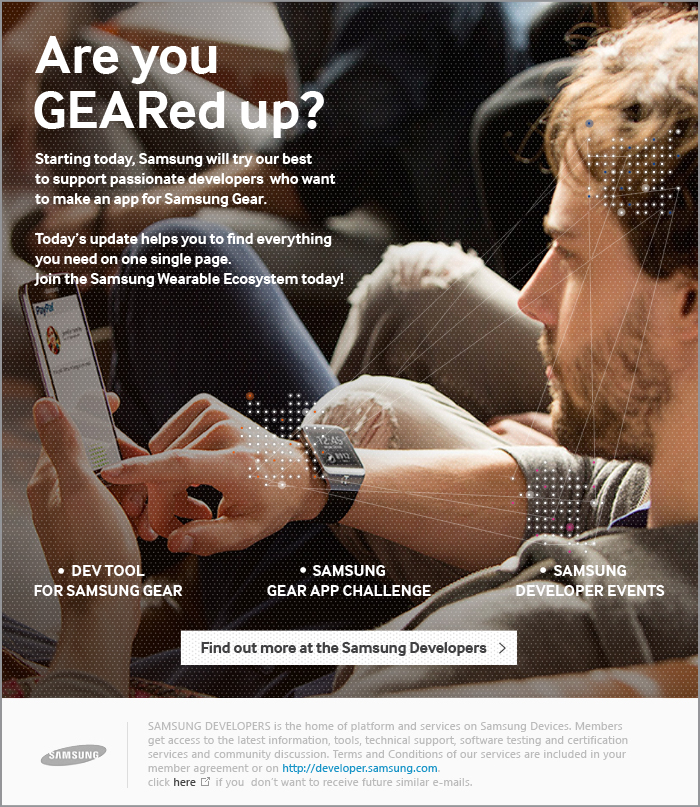 The challenge will be the third of the “Samsung Smart App Challenge” series since 2012 and a curtain raiser for the company’s plan to invigorate the wearable app ecosystem.

After unveiling the Samsung Gear 2 for the first time in February, the company distributed the software development kit (SDK) for the Samsung Gear 2 to developers free of charge. Developers can apply for the challenge by registering their apps developed with the SDK on Samsung Apps from 8th May.

The prizes for the challenge amount up to $1.25 million, including the $100,000 cash prize awarded to the first place winner.

“This challenge marks the beginning of Samsung’s plan to boost the app ecosystem for the recently unveiled Samsung Gear 2. Samsung will continue to play its part in the wearable market through offering a wide array of outstanding SDKs to app developers.” said Won-Pyo Hong, President of Samsung Electronics Media Solution Center.

More information on Gear app development and related events can be found at the Samsung Developer Site: http://developer.samsung.com/wearables/