Samsung Electronics at IFA 2013 unveiled its new innovative concept printers aimed at delivering three distinct elements to consumers: mobility, ease of use, and design. These concepts allow Samsung’s customers to interact with technology in different ways thereby bringing added value through the use of new applications and design. Moving away from the classic design concept of a printer – comprised of a plastic and angular body – the new printers come in unconventional shapes, are colorful and are made with new materials that result in a fresh look.

‘Indie‘ seamlessly combines entertainment with printing. Inspired by radios designed in the sixties, Indie incorporates a docking station that, when connected to a smartphone, serves as a speaker. This multifunction product also incorporates front-facing speakers to deliver superior sound quality. Also, the smartphone can be charged while docked.

‘Wave’s’ minimalist design is based on the design of oriental china. Its unique form not only adds aesthetic appeal, but also creates synergy with added smartphone functionality. By docking a smartphone to the printer, the user can directly print out saved content on the smartphone. In addition, printed sheets flow along the curves of its design, piling effortlessly on the tray.

‘Smarty’ the only analogue printer in the series, allows users to instantly check the amount of toner they have remaining. The novel design exposes the toner, allowing users to see how much is left, enhancing the value of consumables.

‘One & One’ is a mono laser printer that features two cartridges that allow users to print using two colors by adding one additional color – cyan, magenta, or yellow – to complement the standard black. This color-customizing printer, originally a mono-laser printer, boasts a hybrid design that can print with two different colors.

All three products won a GOLD award in the concept category at the 2013 IDEA (International Design Excellent Awards), proving their innovative excellence. 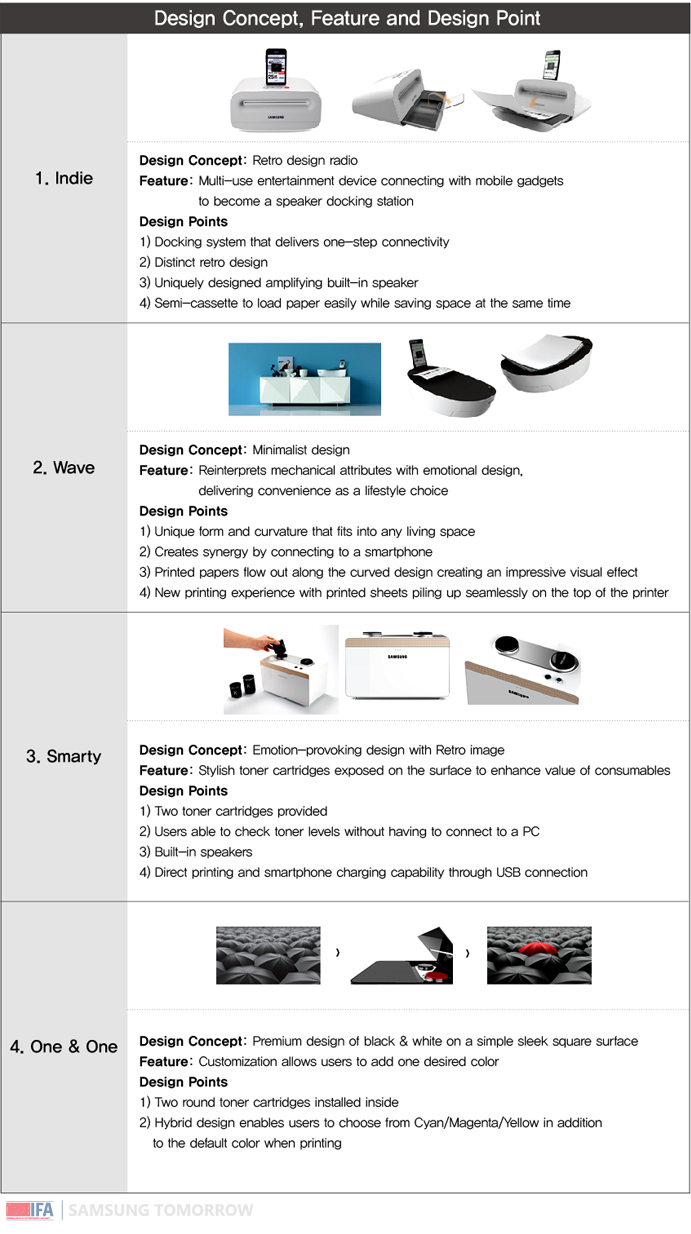 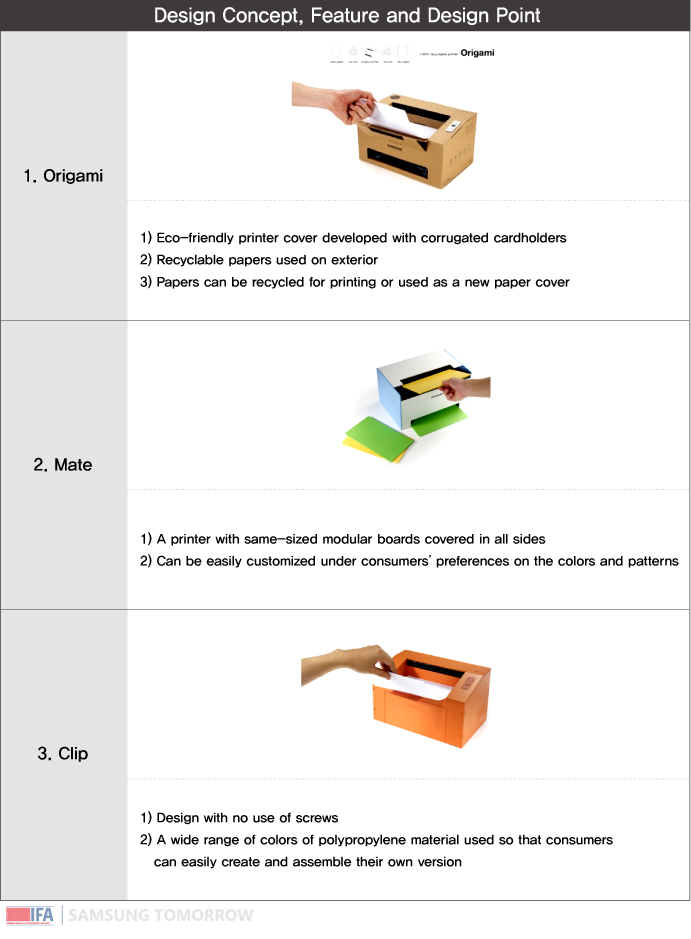