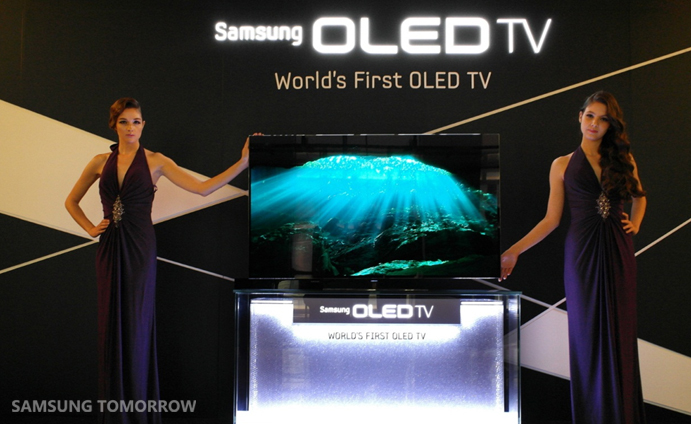 Samsung’s new OLED TV was a Best of Innovations Award Honoree at CES 2012, and has received media attention worldwide since its inception in early January.

Samsung’s new OLED TV is comprised of self-emitting light sub-pixels—all of which can be adjusted individually. Because of this, the technology is able to differentiate between varying degrees of blacks, enabling its unlimited contrast ratio to deliver unparalleled detail in even the darkest of scenes. The ES9500’s self-emitting sub-pixels can individually reproduce life-like colors that are 20-percent richer than those found on LED TVs.

Further, since Samsung’s ES9500 OLED TV does not need a separate light source, it offers fast response times, eliminating motion blur even in the fastest-moving scenes such as action-packed movies and sporting events. The very high response rate also enables the OLED TV to provide life-like 3D experiences with virtually no crosstalk.

With this new feature, two people can watch two channels in full-screen mode at once, in full HD, and can also hear each program separately in stereo through earphones attached to 3D glasses. Fast response time and an innovative wireless sound system both bring this dual view feature to life. 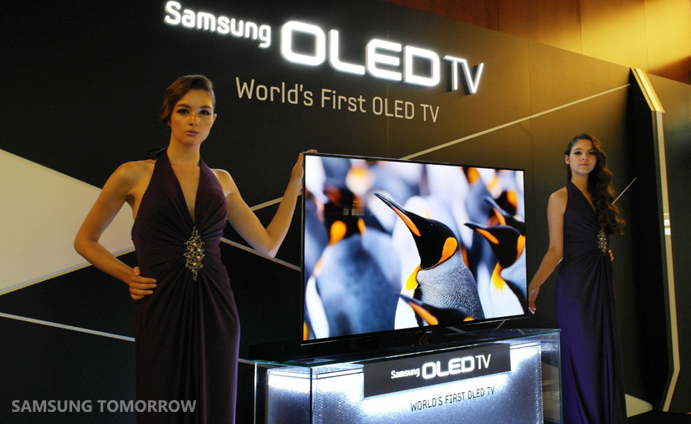 Marking unparalleled technology leadership worldwide for six consecutive years, Samsung is positioning the production-ready ES9500 as the highest-class TV in the industry.

The new OLED TV exudes futuristic beauty and a minimal design concept in both detail and structural innovation—fitting seamlessly into any living room. While powered on, the TV delivers a more immersive viewing experience thanks to superior picture quality, a super-slim bezel, and a minimalist design and even when powered off, the TV sits cleanly as a work of art amidst any living room décor.

Aside from the new ES9500 OLED TV, Samsung today also revealed it is extending its 2012 premium TV lineup to TVs from 60-inches to 75-inches in size—in order to meet the rising market demand for TVs 55-inches and larger.

Underscoring its futuristic design concept, Samsung has applied a luxurious, rose-gold finish to its 75-inch ES9000 series Smart TV—bringing the highest essence of sophistication and premium design to one of its most attractive Smart TVs. Samsung also adopted different design concepts for other models to meet the varying tastes of consumers. For example, the new ES7100 LED TV features a crystal silhouette design while the ES6900 boasts a beautiful, silver-metal finish. 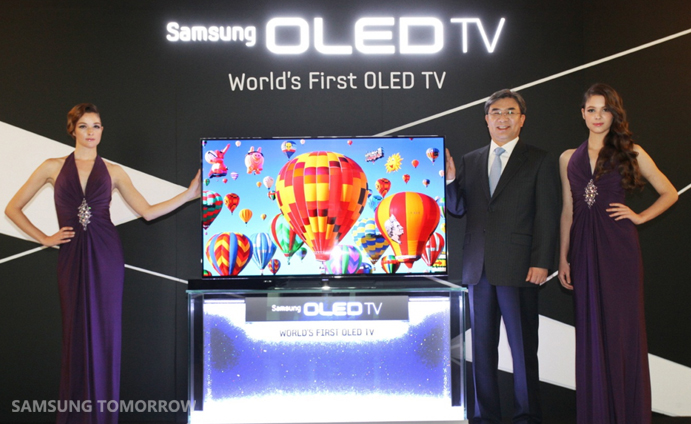 All functionality, features, specifications and other product information provided in this document including, but not limited to, to benefits, design, components, performance, availability and capability of the product are subject to change without notice or obligation.