Samsung Z1 was released in Bangladesh on February 3rd., following a successful launch in India last month. Samsung Z1 is Samsung’s first Tizen smartphone, targeted at first-time smartphone buyers. The Samsung Z1 was very well received by Indian customers for its features tailor-made for the market. 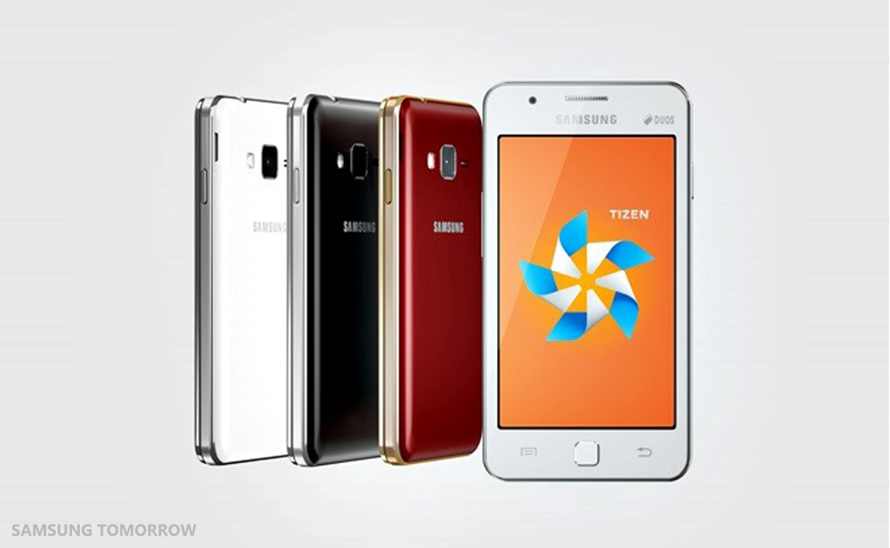 Focus on Simplicity
It is estimated that only 30 percent of the 900 million cell phone users in India are using a smartphone. There is a notable trend in the market of transitioning from a feature phone to a smartphone, and many of these users are experiencing the smartphone for the first time. Therefore, the Samsung Z1 focused on simplicity from the beginning, making it fun and convenient to use.

Based on the lightweight Tizen operating system, the Samsung Z1 offers prompt booting and fast data processing while boasting a simple interface and faster page-loading. Its enhanced processor can save your packet data by compressing web images and retrieving them faster while browsing the web.

Impressive hardware
The Samsung Z1 is packed with appealing features such as the 1.2GHz dual-core processor, 768 MB RAM and 4GB internal memory expandable up to 64GB. Long battery life is another stand-out with a 1,500mAh battery which enables up to 7 hours of video streaming and 8 hours of talk time. There’s also an Ultra Power Saving Mode which only enables ‘must use’ features when you need to save juice.

The Samsung Z1’s 3.15 mega pixel primary camera allows for users to capture images with strong quality, and it provide the Dream Shot which allows users to take selfies and add different frames for further effect.

Localization from top to bottom
Aside from the technical specs, Samsung Z1 also put a great deal of consideration into meeting the users’ actual needs. For example, to adjust to users’ dynamic needs, the Z1 supports dual SIM and 14 local languages for customers across India.

The Samsung Z1 also paid close attention to what the Indian market would consider convenient enjoyable features. As a result, the Z1 is one of the most affordable smartphones available and offers and array of localized entertainment apps along with a simple user interface with the Tizen OS.

The strength of the Samsung Z1’s content can be boiled down to two points. First, the Joy Box has a number of entertainment apps, which meet the expectations of Indian customers. For example, users can enjoy free music and live TV services on Club Samsung for a year, and access more than two million songs and music videos with a three-month subscription on Hungama. Bundled live TV and movies are also available for three months. Additionally, the Samsung Z1 can make consumer’s lives easier with its shopping, news and ticketing applications.

It is also easy to turn on the local FM radio and listen to your favorite programs, and the device provides various features such as the outdoor mode and the backlight function. Users can choose from 17 different holiday settings to change the background color whenever the mood strikes. This is designed to celebrate an Indian national holiday.

To further the progression of the Tizen App store, Samsung has promised to pass on 100 percent of net revenue from app sales and in-app purchases in the Tizen Store to developers for a year, to celebrate the Samsung Z1’s launch.

To date Samsung Z1’s versatility has drawn positive responses from Indian customers. Samsung will continuously make an effort to maintain its leading position in the Indian market based on the introducing high-quality products and strengthening its distribution network. What do you think of the Samsung Z1? Let us know in the comments below.