This growth may be attributed to Samsung’s recent moves: adding LED signage to its B2B display lineup, commercializing next-generation smart, transparent and mirror display solutions, and further strengthening its open platform. Continuing to attract the attention of businesses that need cutting-edge displays will help Samsung become No. 1 in the global commercial display market for nine consecutive years in 2016. 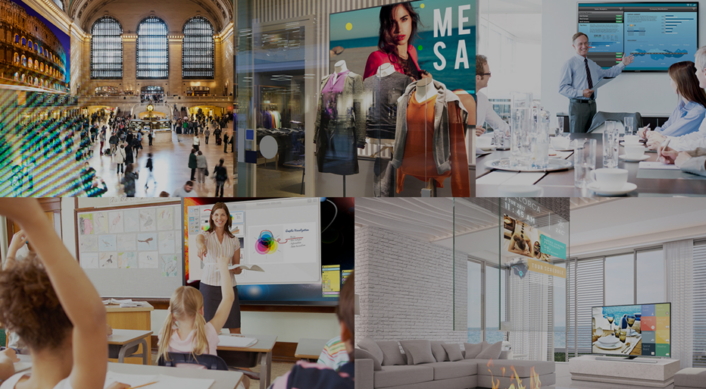 Winning Contracts Around the World

The Stock Exchange of Thailand (SET) moved its head office into a new, landmark building in Bangkok on January 4. For the new building, Samsung supplied 230 Smart Signage displays to help SET provide comprehensive information related to stock exchanges. In addition, SET installed a video wall made of 36 55-inch Smart Signage displays to offer visitors a clear view of the status of exchanges and stock news. Based on its ten years of experience in the B2B display business in this region, Samsung plans to further expand its presence in neighboring countries, including Myanmar, Cambodia and Laos.

The commercialization of futuristic products like transparent displays and mirror displays, which until recently looked like devices from sci-fi movies, has also become a reality. Last month, the BMW Driving Center in Korea installed a video wall made of six 55-inch transparent OLED displays from Samsung. Displaying a wide variety of information and videos, the wall invites visitors to enjoy the special features of the cars in a unique manner. 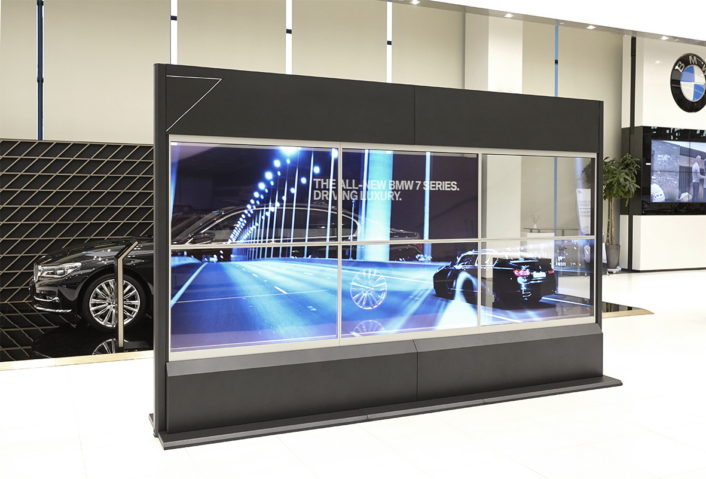 Furthermore, at an apparel shop operated by Samsung C&T Corporation, Samsung Mirror Display intelligently helps customers with their shopping. When customers try on a piece of clothing, this technology can show them photos of how they look from the sides and behind. It also can recommend the clothing options for customers by analyzing their gender, patterns and the colors of the clothes they are wearing.

In addition, Samsung is gaining attention from its plans to supply its Signage products to super-large landmarks in North America, Europe and Asia.

Three Advantages That Give Samsung a Major Competitive Edge 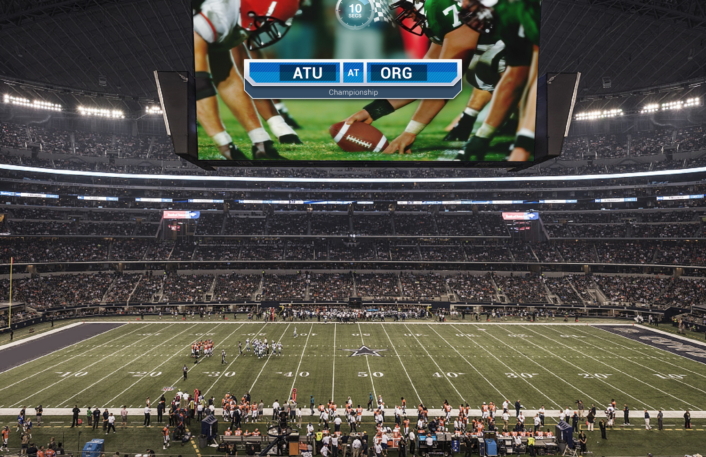 Three advantages are leading Samsung’s growth in its B2B display business in 2016. First of all, it added the LED Signage business to its portfolio to attract large outdoor facilities. Since last March when it acquired YESCO Electronics—a U.S.-based LED display manufacturer—Samsung has prepared new offerings that link those products with its own signage solutions. With significant advantages over existing models in terms of picture quality, reliability, and lifespan, Samsung’s LED Signage has proven to be a good fit for outdoor settings and large venues that specialize in sports and entertainment events. Combining the competitiveness of YESCO in LED Signage with Samsung’s capacity as the No.1 B2B display business in the world, the company expects its performance in the market will show significant progress starting this year.

Secondly, Samsung has been at the forefront of introducing futuristic display solutions. It recently commercialized new displays such as transparent OLED displays and mirror displays that provide consumers with a new shopping experience by displaying products and enriching their look in a unique way. To increase these advantages, Samsung plans to make retail environments even smarter by combining Smart Signage, Samsung Pay and its Internet of Things (IoT) solutions, allowing retailers to better predict the flow and demand of consumers and provide individualized information for them.

Finally, the rapid spread of its open-source B2B platform represents the third Samsung advantage. Since there are different kinds of systems, solutions and devices used by the typical business, an open display platform with reliable compatibility is a must. Samsung has long recognized the importance of software in the world of B2B displays in the development of its Samsung Smart Signage Platform (SSSP). Businesses can apply SSSP in the way that best suits various situations, fully optimizing their signage for the best operation of their products. 25 Samsung partners will be using SSSP in their exhibits at Integrated Systems Europe (ISE) 2016 in Amsterdam from February 9 to 12, showing how the open display platform is spreading quickly.

Since 2008, Samsung has been the top company in the world in the commercial display market. According to IHS, a market researcher, Samsung’s global market share in the third quarter of 2015 accounted for 28.6 percent of unit sales, about three times higher than its closest competitor.

The global commercial display market has been posting an impressive annual growth rate of 19 percent on average, and is predicted to reach US$8.77 billion by 2019. By supplying its next-generation display solutions, Samsung intends to provide consumers with more information and change their way of making purchases.