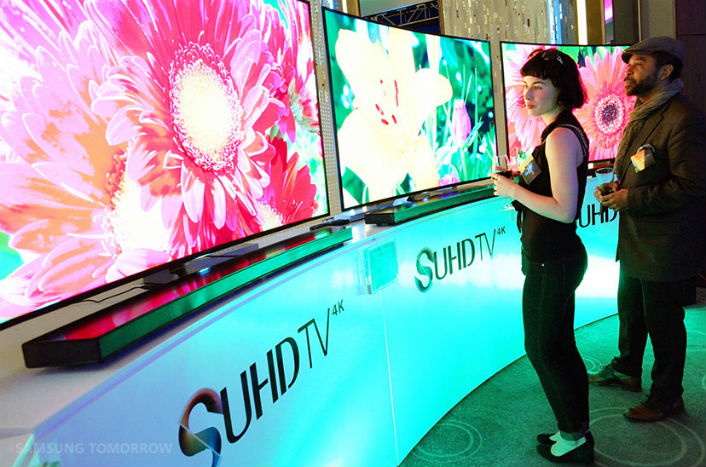 Samsung Electronics achieved television sales of more than $1 billion in October in North America, setting a new record for monthly sales in that market.

That sales record demonstrates how much Samsung has grown over the past 11 years. In September 2004, Samsung achieved $100 million in monthly sales for the first time. Then, in October 2007, it reached $500 million. 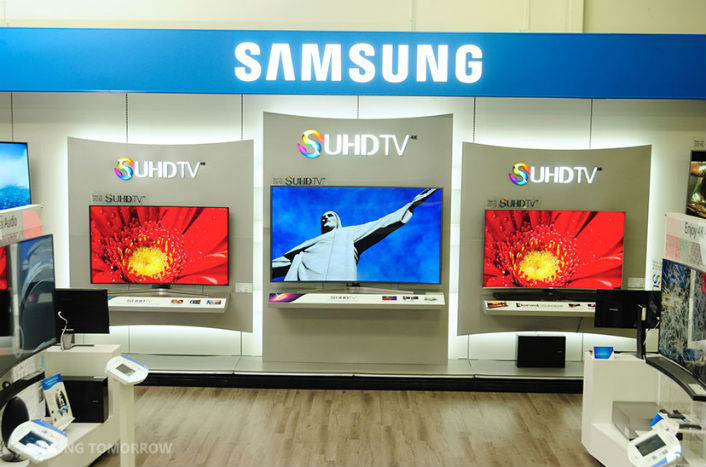 [A Samsung Entertainment Experience area at a Best Buy store in the United States. Consumers can get a hands-on feel for the latest in Samsung TVs and audio systems.]

In addition, Samsung Electronics received two industry-leading customer satisfaction awards in the annual J.D. Power 2015 High-Definition Television (HDTV) Satisfaction Report. J.D. Power surveyed more than 3,750 consumers who purchased an HDTV in the past 12 months to arrive at these rankings. The study recognized Samsung as the highest-ranking company for customer satisfaction for two consecutive years in the categories of HDTVs 50 inches and above, and smaller than 50 inches.

Samsung’s entire line of SUHD TVs features High Dynamic Range (HDR) technology, which has been called the future of UHD TV. HDR increases the brightness range and improves contrast, so lights and shadows reproduced on the screen look more realistic. SUHD TVs also use Samsung’s revolutionary Nano Crystal Technology to create the most brilliant colors and details in the TV market.

According to the NPD Group, a global information company, Samsung accounted for 35.1 percent of TV sales in the United States and 38.4 percent of sales in Canada, making it the leading TV seller in North America.