“Vorsino” is an industrial park located in Borosky district of Kaluga (Southwestern region of Russia) that manufactures all of TVs and monitors sold in Russia. On September 15th, Samsung Electronics Russia Kaluga (SERK) has celebrated of building an innovative sewage treatment facility at its plant in Vorsino industrial park. In compliance with the environmental legislation of the Russian Federation, this sewage treatment facility was developed with innovative technologies to better conserve the environment. Samsung invested $10 million in this project building the new treatment facility of 1,865 square meters in total. It is equipped with the latest technology and was built for just 8 months. 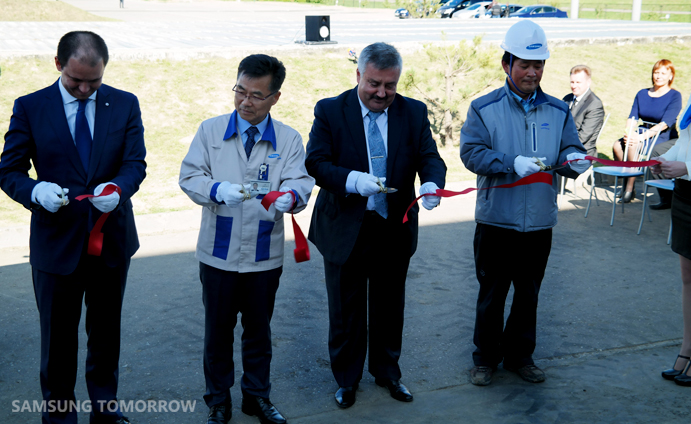 The technology of the new sewage treatment facility is based on innovative membrane bioreactor. It provides the most advanced methods of biological water treatment, which can remove heavy metal particles. The cleaning power of the facility is 300 cubic meters of water per day (with the possibility of increasing the capacity up to 600 cubic meters). Moreover, the use of membrane bioreactor technology made it possible to reduce the size of wastewater treatment facilities: they take up four times less space than conventional water treatment plants with the same capacity.

What is worth noticing as well is that the new treatment facility not only meets all of the industrial park’s wastewater requirements, but it also helps reduce the fluoride and copper concentrations. Thanks to the innovative techniques, the facility makes post-treatment water purer than ever before. 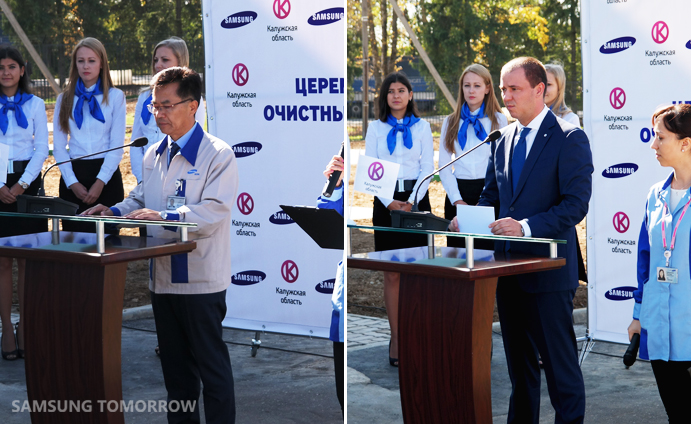 Back in 2007, Samsung Electronics entered into an investment agreement to construct a factory for the production of household appliances in the Vorsino Industrial Park. The total amount of investment was $200 million and the launching ceremony took place on September 5th, 2007. And only a year later, the plant was opened on September 4th, 2008. Currently, the plant is where 100 % of Russia’s home appliances are produced, from LED and Plasma TVs to washing machines as well.

As one of the largest investors not only in the Kaluga region but also across the whole Russia, Samsung’s plant in Vorsino Industrial Park plays another important role in the area’s social development. Samsung is involved in social and charity activities and its taxes are also contributed to the region’s budget.

“Samsung is committed to innovation and advanced technology across all areas of activity. This philosophy applies to much more than just the company’s products. The implementation of new treatment facilities will significantly improve our company’s environmental standards, setting the bar higher for similar companies,” said Lee Sang Su, General Director of Samsung Electronics Russia Kaluga.