Series 9 luxury design: only the best, nothing less

Samsung laptop Series 9 is receiving favorable reviews worldwide since its release in February 2012. We met Principal Designer Sangwon Yoon, Senior Designers Chungha Kim, and Junghwan Hong who perfectly carried out the mission of surpassing the previous generation while sustaining the identity in creating a new design. They had to sustain the luxury design and at the same time, allow it to evolve – Let’s hear about the behind-the-scenes story. 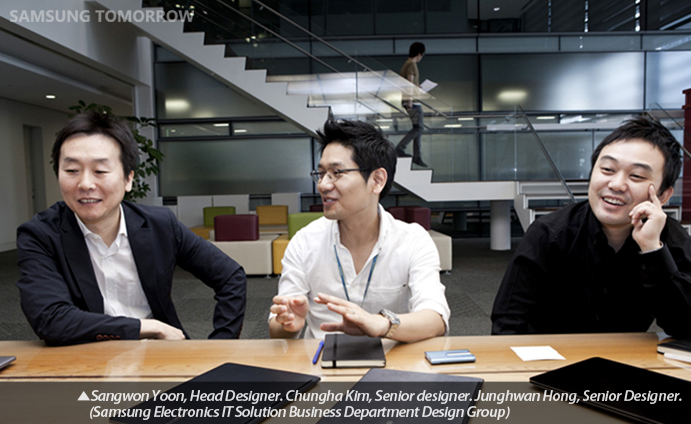 Series 9 turned the laptop design paradigm on its head.  No longer do the corners have to be perpendicular. No longer does a laptop have to be black, silver, or white.  No more do you lose performance when you gain portability.  Samsung’s Series 9 shows off smooth edges, a stylish color of Mineral Ash Black, and a 12.9mm thin, 116g light profile. Its frame size was reduced thanks to Samsung’s Slim Bezel technology.  You can say that 2012’s Series 9 redefined what a laptop design should be like. But all this revolution stemmed from war, or at least that’s what our designers tell us! 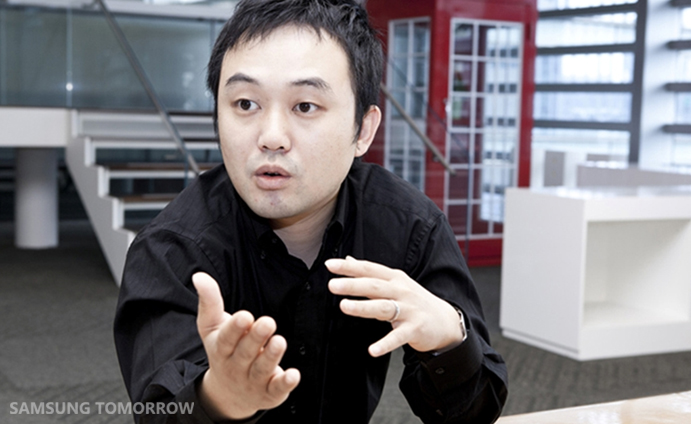 Q. We heard that design was key for the Series 9. What difficulties were there  in actualizing the design?

Yoon ‘Usability’ was our main focus –we kept aiming for thstandard best usability possible, allowing no excuses. Of course it wasn’t easy, but we never gave up. We put endless efforts to complete the premium experience, from reducing the thin part to a mere 2mm on the side to keeping the diamond-cutting yield rates up to production levels. We pushed ahead with any part that would add value to the user. As the result, we think about 95 percent of the original design was brought into reality.

Hong For Series 9, we looked into details from keystroke depths and the gap between keys, to the location of the power button, to icon size and all the crazy little details. We had a high level of cooperation with related departments, which was obviously one of our biggest assets, yet at the same time it didn’t come easy due to all of us having different approaches. What I did not give up on, even if it would hurt my personal relationships with the engineers, was the usability. Not only the product itself, but also the carrying case and hardware were all designed and created in detail only for the ‘user.’

Kim A laptop is made by assembling many parts, but it was difficult to thin it down as much as we wanted with off-the-shelf parts. So we ended up customized just about all we could, including the LCD screen, battery, ports, etc.

Accordingly, there were always heated conversations with related teams such as development or procurement teams; but in hindsight, those were all necessary parts of the process. I just want to mention how thankful I am for our engineers, despite the technical difficulties, satisfied both the thinness and mass production rate. Thanks to them, 2012 Series 9 was able to become the thinnest set in class at 12.9mm, a world where about 17mm was previously the thinnest. 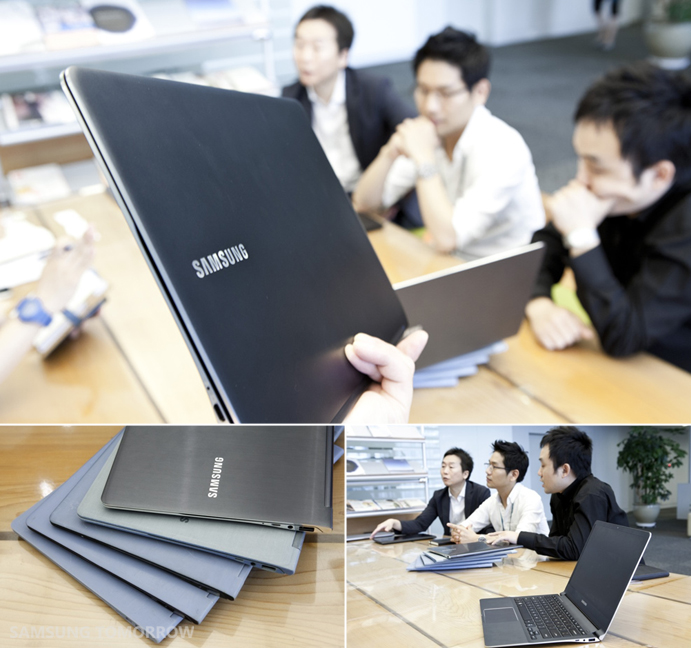 Q. It’s surprising that you customized the components one by one. Which gave you the hardest time?

Hong For me it was the battery. We spent almost a month discussing how much space we should secure for the battery. The product planning and development teams demanded a large-capacity battery for user convenience, but for the thinness, we needed something special.

We build over 10 Rapid Prototypes (RP: a production technique that actualizes a 3D image into a tangible object) and debated over our options. In order to actualize the desired form in design, we pushed the battery to the back and reduced the board space… over and over and over again. Through such process of arbitration, we were able to optimize the capacity and ended up with a very thin laptop that still has Long Life Battery, which in the 15 inch model lasts 10 hours. We took the pushed ourselves trying to keep the thinness and maintain the beautiful curves while satisfying users’ needs for powerful performance.

Kim I think the biggest difficulty was the LCD. Normally, we receive LCD parts in modules where the display and frame are assembled together. But in order to make a round corner and keep the screen thin, we had to remove the frame. We had over a month of discussion with related parties. At the end, we were able to get rid of the module frame but had to attach the display to the laptop chassis one by one. This allowed us to greatly reduce the thickness and the bezel but at the same time made it more difficult to mass produce. Still, like we said: “No compromise.”

Q. What functions stand out for user convenience?

Kim A laptop is a portable product, so it had to stay compact. But as it became thinner, we had to reconfigure the keyboard depth. People have certain standards on how the keystrokes should feel like. Through blind tests, we aimed to make it the most comfortable. Keyboard backlighting was also taken seriously. In order to reduce fatigue to the eye, we chose the LED to be a blue color with a hint of green Also for the antenna part above the keyboard, we gave up the metallic material for smooth Wi-Fi access – one of the few design tradeoffs we allowed.

In order to capture user convenience and luxury, design and performance, the discussions with related teams continued. We worked in detail so that it would look pretty and thin on the outside, yet the user can feel the amazing performance and comfort on the inside. 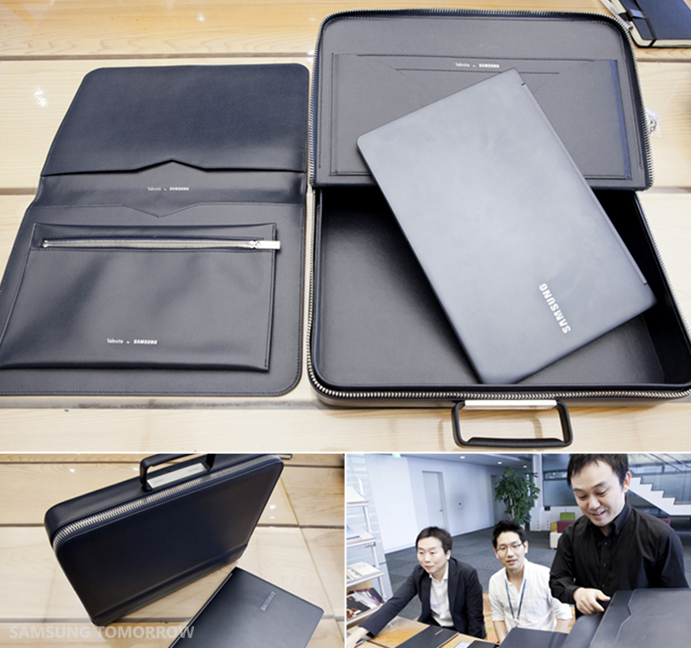 2012 Series 9 is also conducting a joint marketing campaign with Italian luxury brand Valextra to further the image of a luxury laptop. Valextra cooperated from the product development stage and worked on details to create a dedicated carrying case that makes the performance and design of Series 9 stand out.

Today we talked about how the designers worked to enhance the premium experience defending the original luxury design while allowing nothing less than the best performance. In the next part of the interview, we will look into the design conception process of Series 9 and its distinction from existing products. The story of Series 9 that captured both high-class design and high performance continues.

A very detailed Series 9 review ② Revealed to the Bone