A few days ago, we shared news of Samsung’s Corporate Social Responsibility efforts in Brazil entitled “Samsung is where there is need.”  Today, we’d like to share how Samsung is helping a school in a village in South Africa. 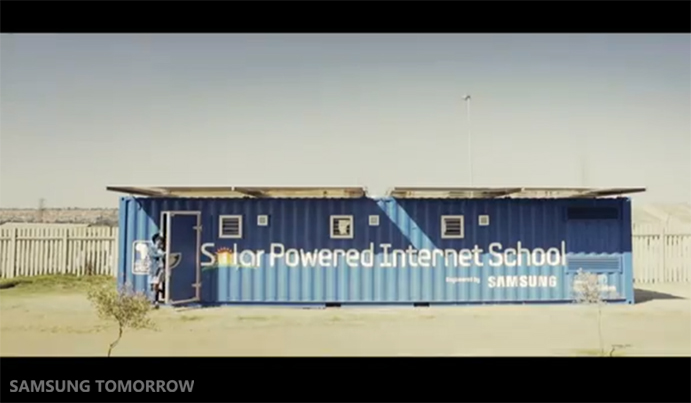 Recognizing this circumstance, Samsung gave its support to the Solar Powered Internet School, and the students’ lives have been changed to enjoy modern technology. Less than a year since its launch, computers and Internet access provided by Samsung have already received wide acclaim for putting innovative technologies to use.  This has increased the quality of life in this village, and has been recognized as the African Solar Project of the Year by the Africa Energy Awards earlier this year. 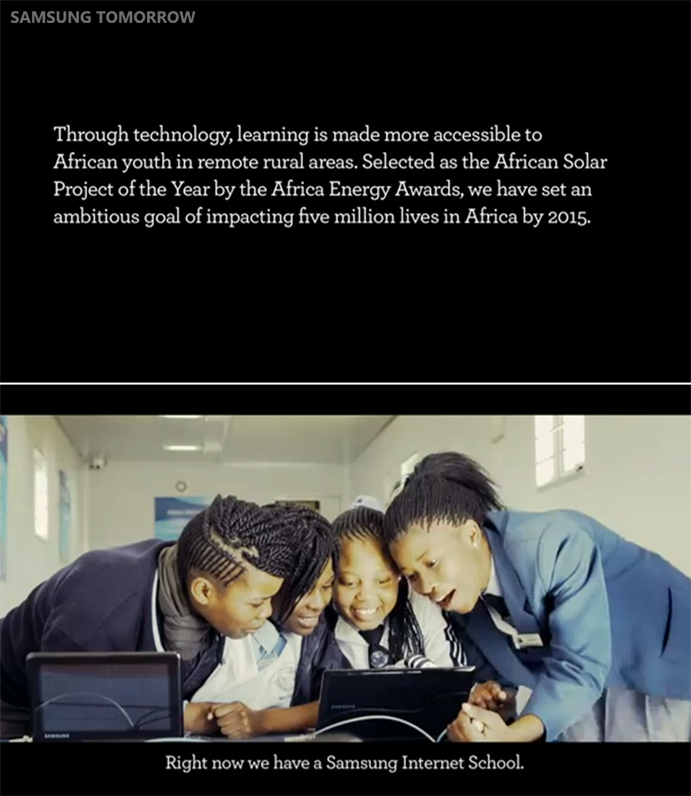 Samsung Electronics installed Solar Powered Internet School at Phomolong Secondary School in October, 2011. The first of its kind in the world, the exclusively solar-powered, mobile and completely independent classroom is geared towards increasing accessibility to education and connectivity across Africa. It is designed specifically for use in remote rural areas with limited or no access to electricity. 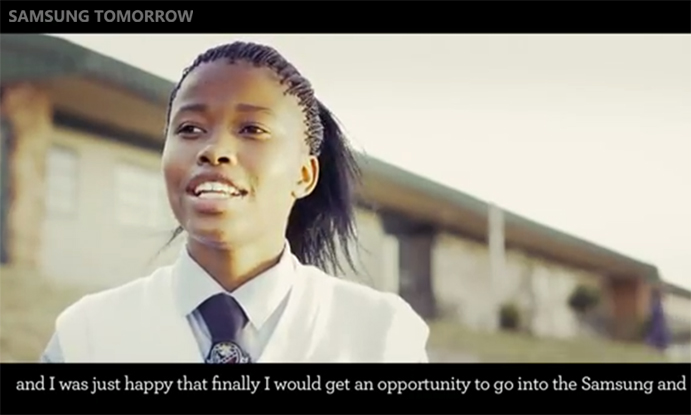 So, what does it look like?  The 12-meter renovated container has solar panels installed on the roof that can generate nine hours of electricity a day, powering the electronic equipment inside the classroom. The classroom is equipped with a 50-inch electronic board, Internet-enabled solar-powered notebooks, Samsung’s Galaxy tablet computers as well as Wi-Fi cameras – all of which help enrich the learning experience. Up to 21 students can use the classroom at one time, and the entire curriculum is stored in a central computer server.  The Solar Powered Internet School also encourages connectivity and a global perspective – it enables two-way learning by connecting to the Internet. The school can be moved easily by truck so that students in even the remotest of areas can continue their education.

The Solar Powered Internet School is just one of Samsung’s efforts to contribute to the local community with its innovative technologies and the company plans to expand these schools to other regions throughout Africa. 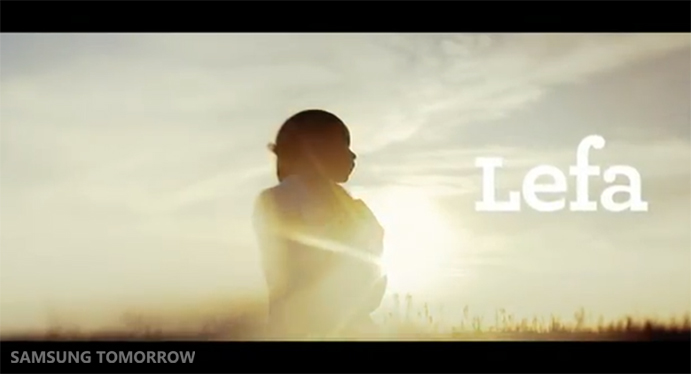 The Change of Lefa’s Life

A student in Phomolong, named Lefa, was admired by her peers for her leadership and zeal for life.  When the Solar Powered Internet School came to Lefa’s village, it truly changed her educational experience, and she will tell you how Samsung’s support made her realize “everything is possible.” Her story is featured in the link below. 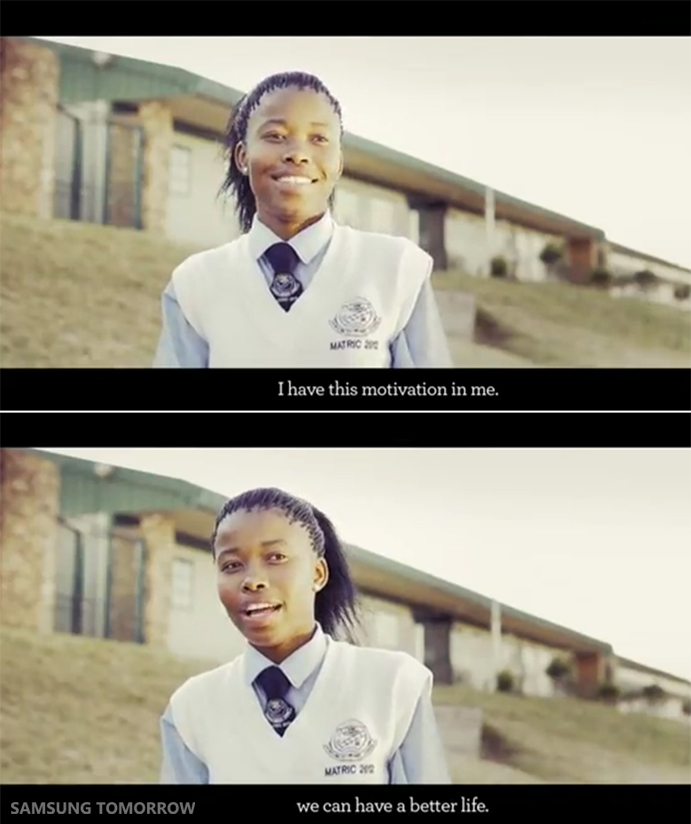 In hopes of inspiring more young minds such as Lefa and her friends to pave the way for a better future of their communities, Samsung aims to reach out to some five million students in Africa by 2015 with its Solar Powered Internet School initiative.

Now, without further ado, here is the heart-warming story of Lefa and her friends at Phomolong. 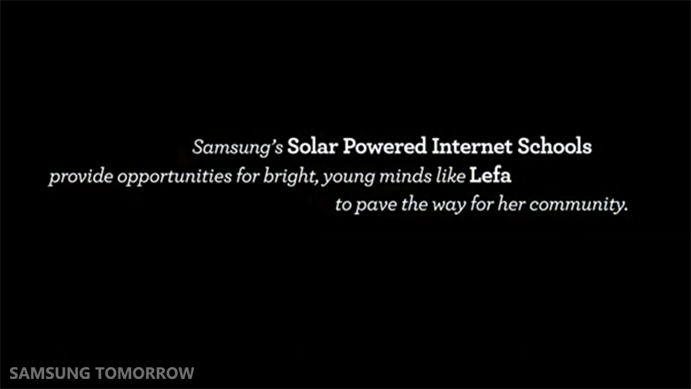