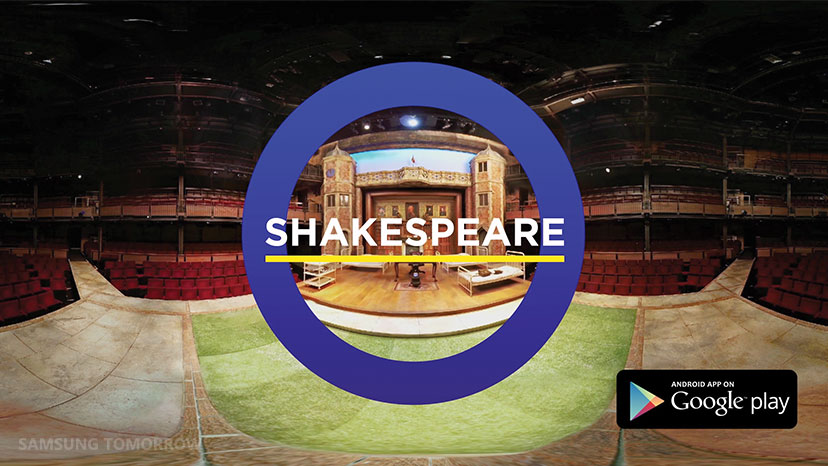 At Uxbridge High School, Middlesex, Year 11 students were left speechless as their English Literature class was interrupted by a Shakespearean performance like no other from rapper Professor Green and actor and RSC Governor, Meera Syal.

The GCSE students were performing a scene from Much Ado About Nothing when Meera Syal and Professor Green burst into the classroom and put a new twist on the famous dialogue between Benedick and Beatrice – the play’s sparring lovers. The performance was to launch the new RE:Shakespeare app from Samsung and the Royal Shakespeare Company.

Meera Syal made her Shakespearean debut as Beatrice in the Royal Shakespeare Company’s production of Much Ado About Nothing in 2012. Combining her acting prowess and Professor Green’s lyrical genius, the unlikely duo took over the class to show the relevance of Shakespeare today and launch the new RE:Shakespeare app from Samsung and the RSC, which brings Shakespeare to life for students.

Professor Green said: “I left school when I was 13, so my experience of Shakespeare was limited, but since starting this project, I’ve really taken to it. This has really taken me out of my comfort zone – we are all limited by our confidence and I was nervous in front of the students today. I hope that when they see me performing Shakespeare, they will be inspired to get up and do the same themselves.”

Meera Syal said: “There is a reason that Shakespeare’s work has lasted so long – he is the original popular soap writer, rap lyricist, rom com writer. You can even see a Shakespearean influence in Professor Green’s work. Once the students experience the RE:Shakespeare app and see Professor Green performing Much Ado About Nothing, their eyes will be opened to a completely different way of learning.”

Nicola Marsh, Vice Principal, Uxbridge High School, said: “My year 11 class were gobsmacked to see Professor Green and Meera Syal burst into their English lesson. To them, they are celebrities – people they read about – so to watch them both perform Shakespeare in their very own classroom was an incredible experience – in fact, it was much ado about something!” 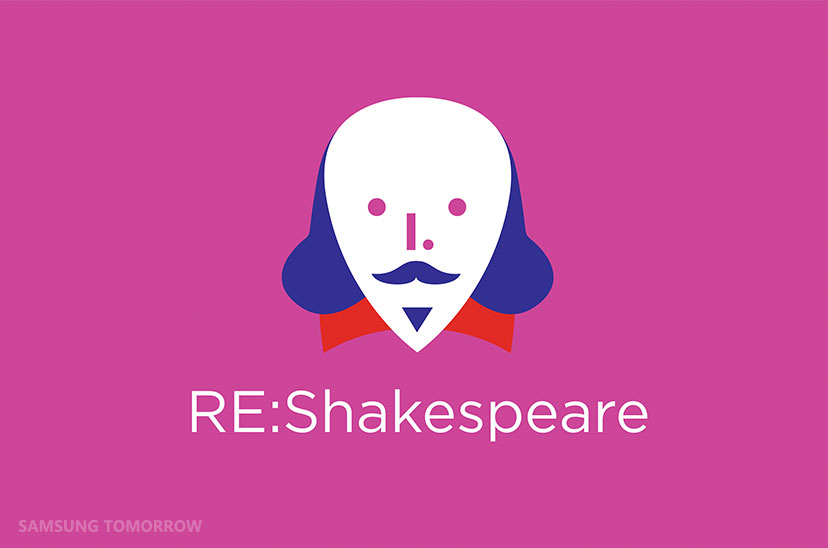 The RE:Shakespeare app, developed by Samsung and the Royal Shakespeare Company, brings Shakespeare to life for students, inspiring a whole new generation to play, practice and perform the works of Shakespeare. With 64 million students studying Shakespeare’s plays globally, the aim of the app is to help students re-engage with, re-evaluate and re-interpret the Shakespeare texts they are reading, studying and performing.

The app is hosted by RSC alumnus David Tennant and sees interactive games and performance tutorials from artists including rapper Akala, beatboxing champion Shlomo and Shakespearean actor Tamsin Greig. A technology first for the RSC, RE:Shakespeare puts the Royal Shakespeare Company stage into 360 degrees, letting students explore the Stratford stage like never before from the palm of their hand. Another first for the RSC, the final stage of the app gives users the opportunity to put themselves literally into the play and perform alongside RSC actors in two different scenes from Much Ado About Nothing.

Andy Griffiths, President of Samsung Electronics UK & Ireland, said: “As we saw with the pupils at Uxbridge High School, we are excited to surprise every student who studies Shakespeare by bringing the greatest British playwright to life in a way that they have never seen before. It was brilliant to work with the Royal Shakespeare Company on the RE:Shakespeare app to provide an interactive tool for students and teachers alike, complementing the fantastic teaching in schools and making Shakespeare’s work even more relevant in today’s digital world.”

Catherine Mallyon, RSC Executive Director, said “Our work reaches over 530,000 students a year, transforming their experiences of Shakespeare in the classroom, in performance and online. We know that getting young people speaking Shakespeare’s words, bringing his work to life in the way that Meera and Professor Green do in the classroom, is the key to unlocking understanding and enjoyment. We hope young people everywhere are tempted to give the Re:Shakespeare app a go and put themselves in the centre of the action.”