Consumer habits around smartphone camera usage have been drastically increasing – and there are no signs of slowing down. Users are constantly requiring features that can be more easily tailored to their photographic needs. Samsung has been at the forefront of smartphone camera innovation and technology, and this year’s flagship model was no exception.

With this in mind, Samsung has greatly improved both the quality and usability in the front and rear cameras of the Galaxy S6 and S6 edge to achieve pictures that more closely simulate how the human eye sees the visible world; a first in smartphone camera technology. Some of the more notable camera improvements in the new Galaxy S6 and S6 edge can be found in the front camera. Now boasting a 5MP camera that supports wide-angle images and an enhanced beauty mode – capturing the perfect Wide Selfie shot has never been this easy, or rendered so beautifully.

The Galaxy S6 and S6 edge’s front camera also contains a CMOS camera image sensor that is 1.4 times larger than its predecessor. With a larger image sensor, a clearer picture can be captured and easily adapted to any media, keeping the quality of shared images high. With the Galaxy S6 and S6 edge, taking pictures with the front camera will rival the quality of the main camera in most other smartphone models.

High Dynamic Range (HDR) is a powerful photographic tool that allows the photographer to capture the richest and most vibrant colors from both their environments and subjects. HDR combines a series of high-exposure and low-exposure images to find the perfect balance, creating an effect similar to the human eye. Typically, multiple images consisting of high, low and mid exposures are required to create an HDR image.

Incorporating HDR into smartphone cameras is not new, however, the HDR image took a while to be created as several separate images had to be edited together. In addition, HDR could not be incorporated into video recordings during early adaptations, due to the complexity of real-time lighting comprehension. This is no longer the case.

The Samsung Galaxy S6 and S6 edge will feature a powerful, real-time HDR function in both the front and rear camera, an unprecedented achievement in smartphone camera technology. This allows the user to capture more vivid and brilliant images, regardless of the environment they are shooting in, in real-time.

The Samsung Galaxy S6 and S6 edge are pushing the boundaries of progression in smartphone camera technology. Both models will also contain HDR video, which shows true value for the user as the camera effectively controls and manages changing contrast and brightness while capturing video. 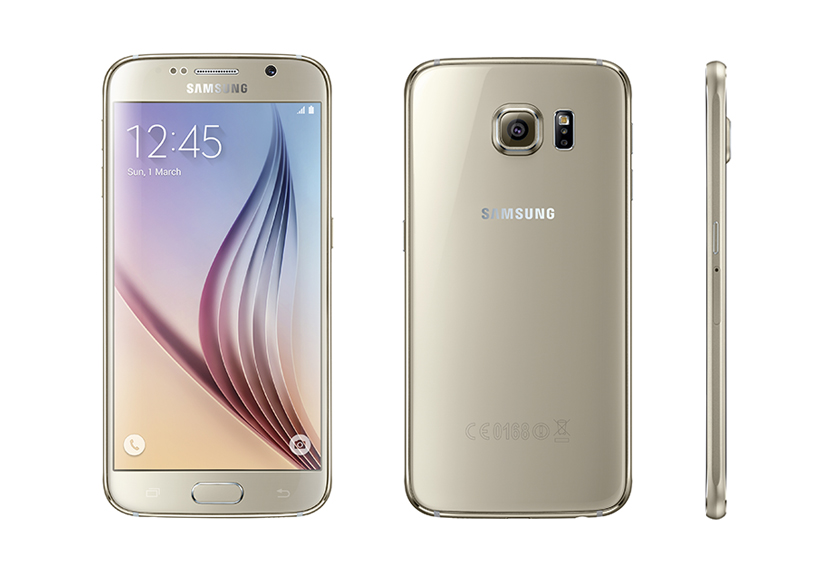 In addition, the Galaxy S6 and S6 edge are equipped with F1.9 lenses, smart Optical Image Stabilization (OIS) and IR White Balance for enhanced quality, even in the dark. The rear camera’s smart OIS shake prevention function will permit users to capture bright and clear images without blurring, regardless of unsteady hands and camera shake.

The Galaxy S6 and S6 edge will allow users to capture their “perfect moments,” whatever they are doing, with a brand new Quick Launch feature. Users can instantly launch the camera application in just 0.7 seconds*, even when other applications are running. From a locked screen, application page or web browser, the user only needs to double-click the center button of the smartphone and the camera will immediately launch and be ready to capture images within a second.

With the Galaxy S6 and S6 edge, users will have a wide variety of different image styles and capture modes at their fingertips. All of the necessary camera settings, such as a timer, effects or light, are provided in the preview screen before shooting, eliminating the need to scroll through pages of effects. There is even a normal camera mode and a professional camera mode, allowing users to have full control over the outcome of their images.

The Galaxy S6 and S6 edge also have an advanced Auto-Focus function, which correctly focuses on any desired subject, moving or stationary. With the Galaxy S5, Samsung was able to adapt sensors with phase auto-focus that supports a 0.3 second auto-focus, an industry best at the time. Users can also manually blur the background, highlight the subject, or change focal areas in a background with the out-focus function, much like they can in a DSLR.

The Galaxy S6 and S6 edge have advanced this even further by being able to detect moving subjects with the auto-focus with the Fast Tracking Auto-Focus function. The Galaxy S6 and S6 edge are the first smartphones in the world to offer this feature to users. Now, when your child, friend or pet is doing something fun and spontaneous, users will be able to capture everything in perfect clarity.

The Galaxy S6 and S6 edge’s cameras are both intelligent and meaningful, truly catering to the needs and desires of their users. Samsung continues to lead the industry in smartphone camera innovation by continuously asking the question, “How can we make our smartphone cameras the best for the users?”

*Average speed based on internal testing conducted by Samsung. Results may vary by device or situation.