The induction of Nam Sung Kim, Senior Vice President of the Memory Business at Samsung Electronics into the Hall of Fame of all three major international computer architecture conferences has been drawing attention. 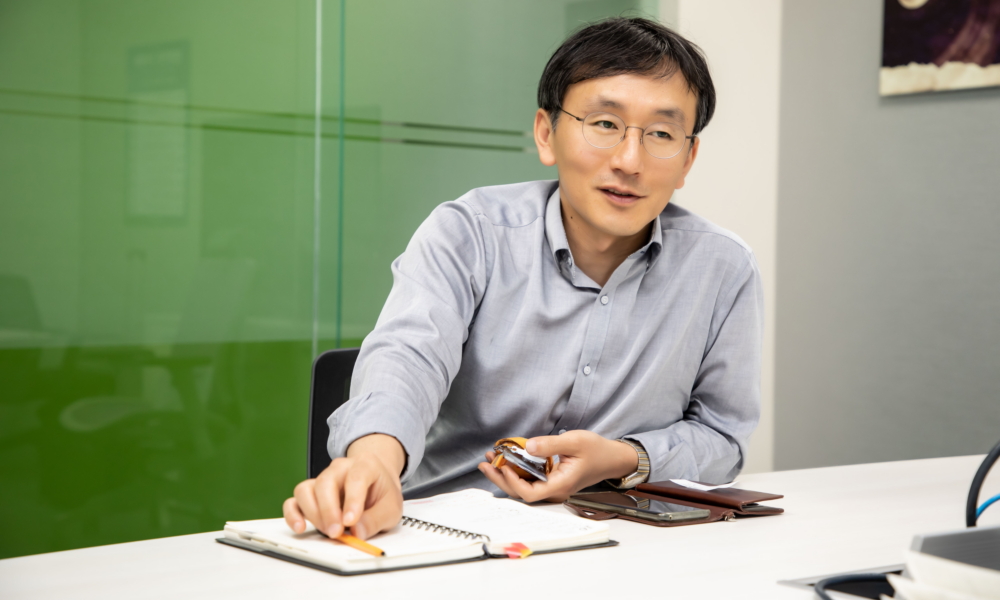 There are only about 20 people who have been inducted into the halls of fame of all the three conferences in the last 50 years of the computer architecture history. This rare honor shows the international recognition of Dr. Kim’s authority in his research on computer architecture.

In 2016, Dr. Kim became the first Korean researcher to be selected as an IEEE Fellow (Institute of Electrical and Electronics Engineers) in the field of computer architecture by the world’s largest professional association in the field. He was also the first Korean researcher who won the Most Influential Paper Award at ACM SIGARCH / IEEE-CS TCCA ISCA, co-hosted by the Association for computing Machinery (ACM) and IEEE in 2017. This award recognizes the paper from the ISCA Proceedings 15 years earlier that has had the most impact on the field (in terms of research, development, products or ideas) during the intervening years. Dr. Kim’s paper “Drowsy Caches: Simple Techniques for Reducing Leakage Power” made a pioneering contribution to the development of more energy-efficient microprocessors.

Dr. Kim was a tenured professor of computer engineering at the University of Illinois Urbana-Champaign (UIUC) before he joined Samsung Electronics in May, 2018. At Samsung, his focus has been applying his research to the rapidly changing semiconductor industry and creating innovations.

In light of his renowned expertise in computer architecture, Dr. Kim and his team are tasked to develop faster and more reliable memory devices, based on their comprehensive understanding of next-generation computing systems. “It has gotten much more difficult to cost-effectively develop faster and more reliable memory devices these days because of many reasons. One of those reasons is that the complexity of computing systems and the interactions between their components, including the memory devices, have become significantly more complex and intense to run more sophisticated applications such as autonomous vehicles.”

In addition, Dr. Kim has been focusing on developing disruptive future memory technology that can substantially improve computing performance of artificial intelligence (AI) applications in various ways going forward. His team is now focusing on developing a memory technology that can not only store information like conventional memory but also perform computing like a microprocessor at the same time. Utilization of the technology will considerably reduce the need for fast information exchange between memory and microprocessors, which has been a major bottleneck in operations of many AI applications.

“In 1997, Samsung Electronics gave me an eye-opening opportunity, allowing me to visit leading IT companies and top universities in the U.S. It led me to continue my study in the U.S. where I got very lucky to be involved in cutting-edge research projects with world-class researchers. Such experiences allowed me to be where I am now and I am very grateful for the opportunities given to me,” said Dr. Kim.