Since its formation, one of the core principles behind Samsung Electronics’ Bespoke has been enriching lives through creative designs. To that end, Samsung has been collaborating with designers and artists and encouraging user participation through worldwide design competitions. Now, with Samsung’s latest design experiences, Bespoke is taking customization to the next level providing consumers the freedom to create designs that truly reflect their personality.

Read on to learn more about the design journey of Bespoke and how, through creative collaboration, the lineup has become a medium of self-expression for both artists and consumers.

Creative inspiration comes in many forms. As a part of the ongoing exploration to discover new design ideas, Samsung has been taking cues from artists around the world. Starting in Korea in 2019, Samsung collaborated with famed designers, such as furniture designer Seungji Mun, interior designer Hasuk Jang and space and strategy designers Jong Kim and Teo Yang. Together, these visionaries led the original design campaign highlighting Bespoke appliances’ adaptable and customizable features. 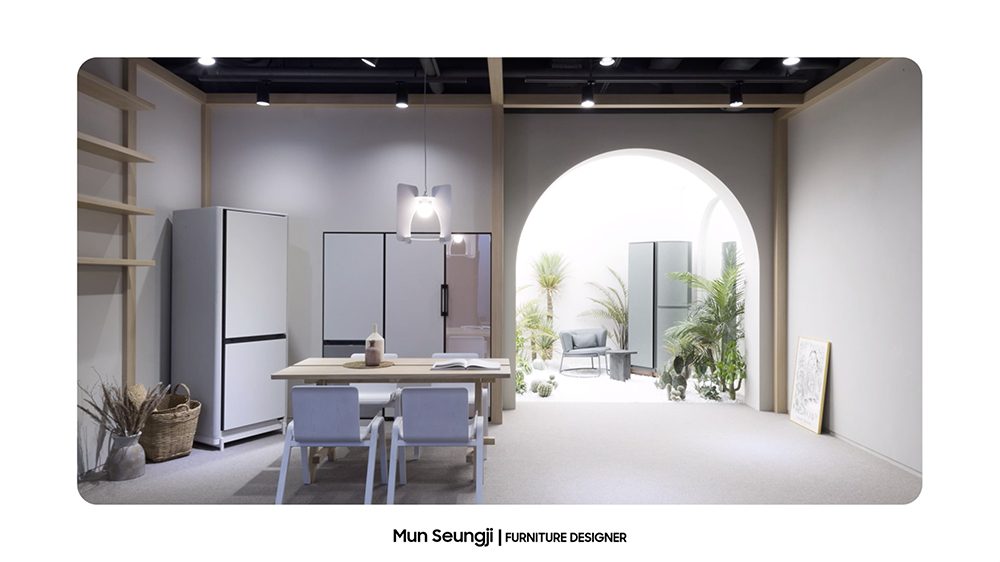 From there, the inspiration for Bespoke design ventured outside Korea. In 2021, French illustrator Thibaud Hérem and American artist Andy Rementer introduced European architecture and pop art to Bespoke refrigerator designs, both of which are available globally today. Furthermore, earlier this year, Alex Proba, founder of Brooklyn and Portland-based design studio StudioPROBA, created her own limited-edition Bespoke refrigerator panels. Proba used colors and shapes found in nature to express joy through her panel designs — Proba’s panels are also available for consumers to enjoy. Through collaborations such as these, artists have been lending a hand in evolving the Bespoke design language by infusing their own artistic styles. 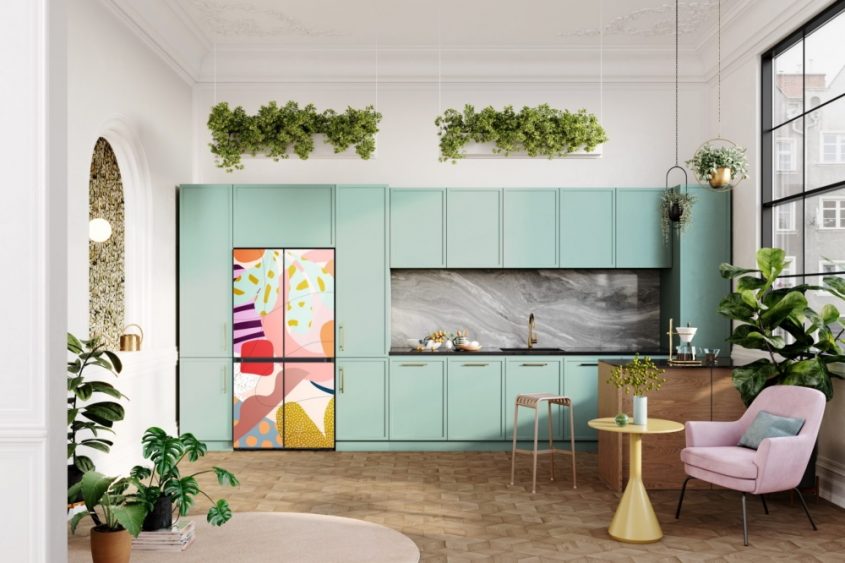 Global inspiration for design also came in the form of cultural representation. In the United States, Samsung introduced panel designs for the 4-Door Flex™ Refrigerator based on the stars and stripes of the American flag in celebration of the nation’s Independence Day on the July 4. 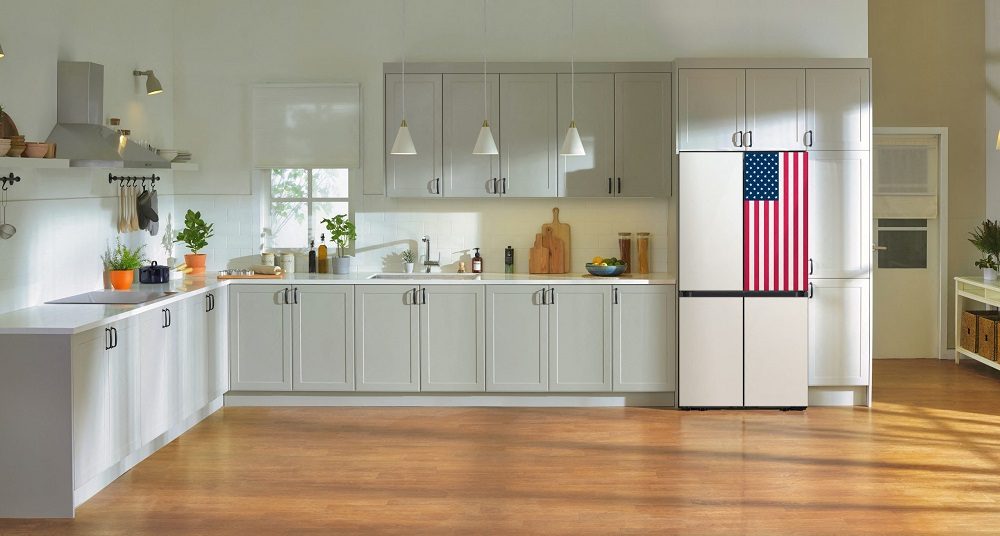 Across the pond, even the Queen of England was cited as a source of inspiration. In May, Samsung released limited edition panels with the Union Jack flag designs for Bespoke users in the U.K. in celebration of her majesty Queen Elizabeth II’s Platinum Jubilee. 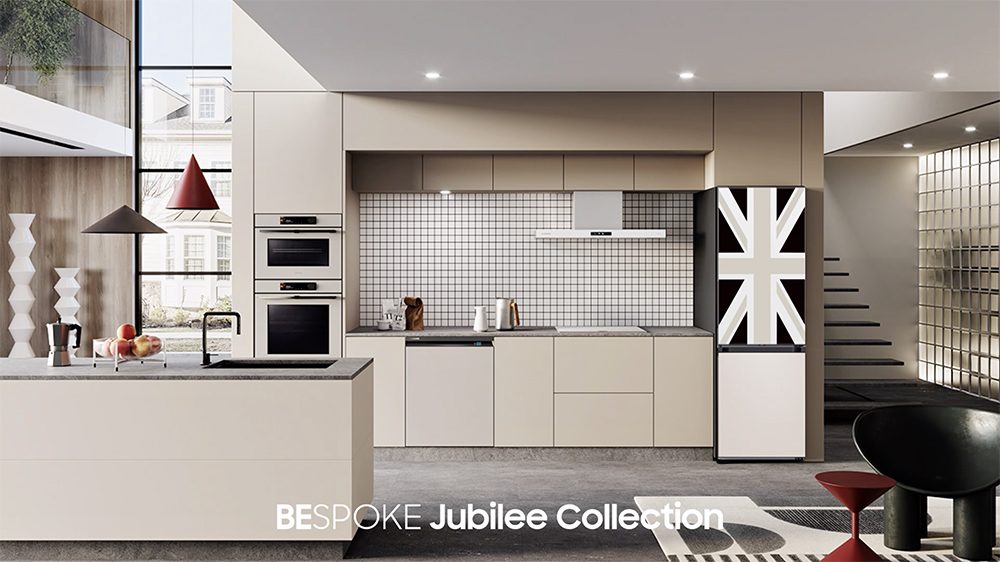 ▲ [Bespoke Jubilee Collection in the U.K.]

Made by Consumers, for Consumers

A key aspect of expanding the Bespoke design ethos has been listening to consumers. For instance, Samsung launched a worldwide design contest, providing consumers with Bespoke refrigerator panels as a blank canvas for self-expression.

The contests started in Korea with #BESPOKE Rendezvous in 2019. Samsung took to the trendy streets of Hongdae, Seoul with a 3-day pop-up event to launch the design contest, joined by celebrities and performers. Attendees got to see first-hand the modularity of the Bespoke refrigerators in various configurations and were encouraged to create their own designs in exploring the freedom of design. Also in attendance at the event, world-famous graffiti artist Artime Joe of street art team Stick Up Kids performed a live drawing on refrigerator panels.

With more than a thousand design entries covering everything from scenes from Korea’s history to modern abstract art, the contest concluded with the top three winners being announced at the #ProjectPRISM lifestyle showroom at the Samsung Digital Plaza Gangnam location. Later the winners were also invited to showcase their work to designers from around the world at the Milan Furniture Fair.

The contests also made their mark in September 2021, with contests held in Singapore and globally from the U.K., followed by Vietnam in December. Following those, Samsung also launched a design contest in the U.A.E. earlier this year.

In Singapore, Samsung commissioned local artists Candice Phang, Michael Mindflyer, Tan Zi Xi as well as furniture retailer Commune and interior design firm Rooot Studio to create panel designs as inspiration ahead of the #BespokeDesignedByYou contest. After displaying their works, the three artists – Phang, Mindflyer and Xi – also participated as judges in the contest, where they selected a grand prize winner. 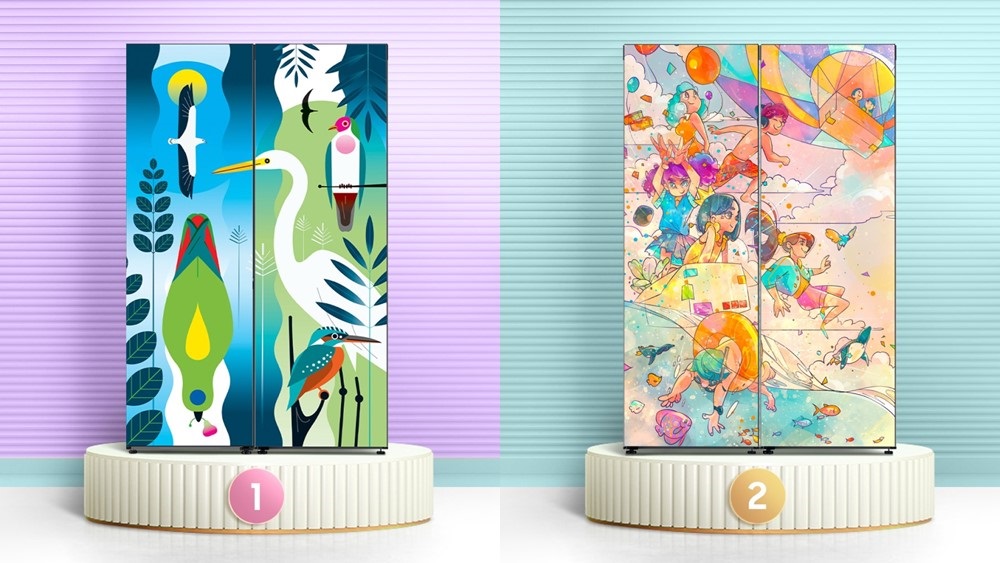 In September, Samsung with Wallpaper* magazine in the U.K. hosted a global design contest, drawing in 1,581 submissions. The top 50 designs were selected by a panel of judges consisting of Samsung executives, Wallpaper*’s editor-in-chief as well as local artists. From there, the entries were narrowed down to a hopeful 15 through a popular vote from consumers. The winning designs were displayed at the Samsung K.X. space in London throughout 2021. 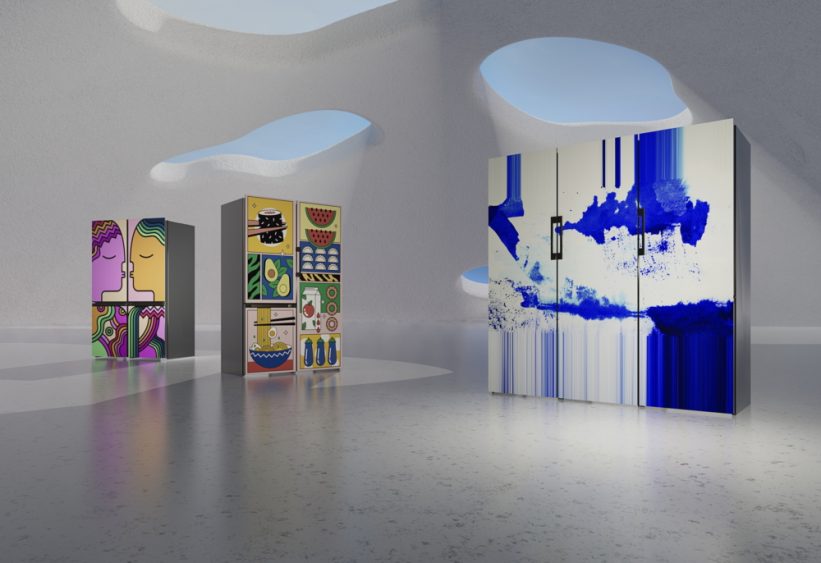 Samsung, in Vietnam, launched the Bespoke Be You design competition working with the Vietnam Design Association (VDAS) and a community of design students. Participants were pushed to the limits of their creativity and tasked to create kitchen spaces showcasing the endless design possibilities of Bespoke. Ten design experts and professors from the fields of interior design and architecture as well as representatives of organizations, international design associations and media agencies served as judges for this competition. 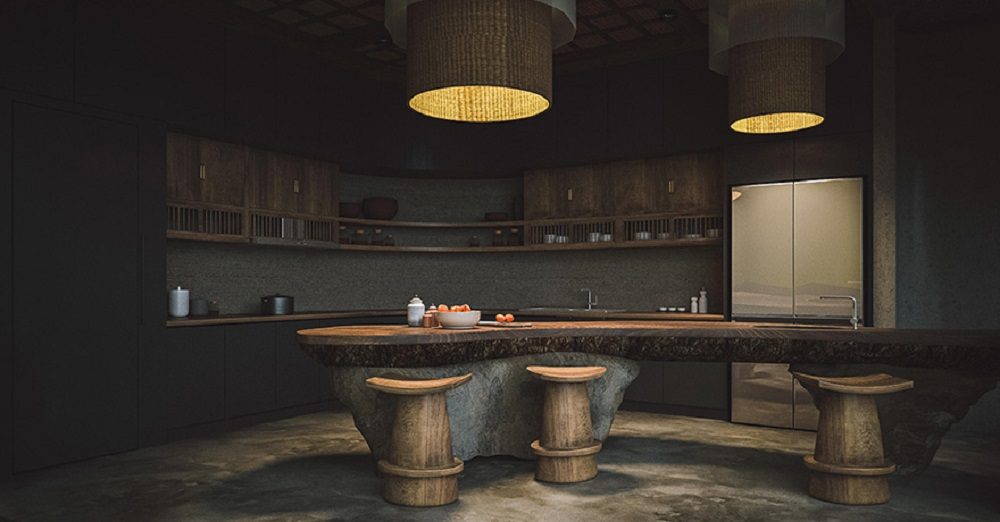 In the U.A.E., Samsung presented the #InspireByTheNation contest, which celebrated the nation and its uniqueness with panel designs that reflected important cultural identifiers such as landscapes, foods and architecture. Local food and lifestyle influencers Jacob Abrian and Nisrine EL Lababidi, as well as renowned Chef Alexandros Sperxos, participated as expert judges selecting the top three winners for the event.

At its core, Bespoke has developed as a brand identity capable of transcending geographies and cultures. Thanks to sourcing design inspiration from artists worldwide, Bespoke has become a reflection of the diversity and creativity of its consumer base.

Beyond the Possibility of Home Décor

In addition to design, the role of technology is also pushed to the limits with Bespoke. In 2021, Samsung introduced the Bespoke Creator AI color recommendation service in Korea, which helps make appliance design more accessible through the use of A.I. technology. The A.I. analyzes photos consumers upload of their homes to develop color recommendations that fit best in their environment. 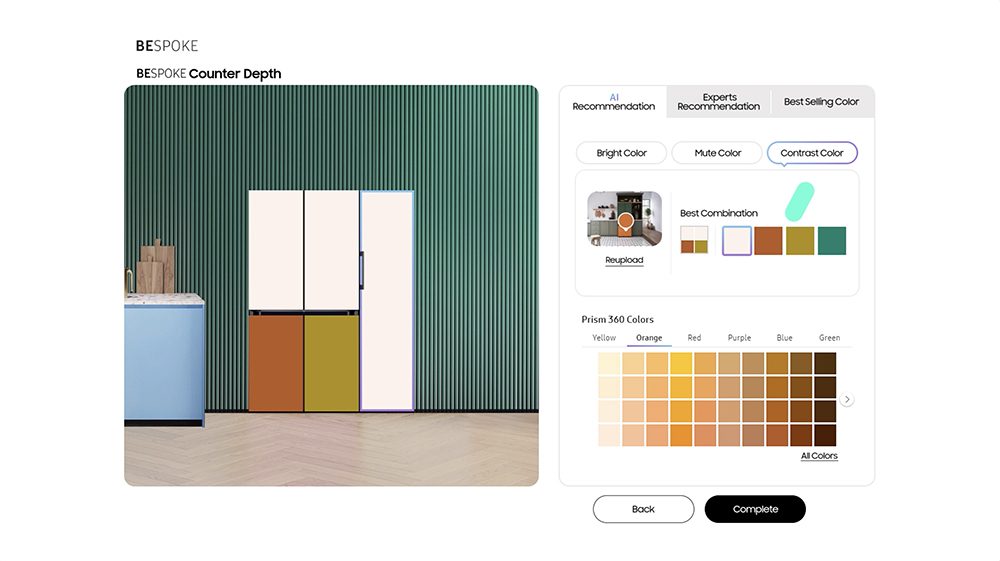 Building on the success of the collaborations and competitions, Samsung launched MyBespoke offering North American users a chance to express their individualism by designing their own Bespoke refrigerator panels from start to finish.

To start things off, three influencers took part in designing panels on the Bespoke French Door refrigerator. Later this year, MyBespoke will be opened to the North American public, marking the first time users will have the opportunity to create truly one-of-a-kind panels for Bespoke refrigerators.