The Champion of NFC

* The following is an individual opinion of editor ASyk and does not represent the official views of the company.

What do you know about NFC? If you are reading this because you were searching for the 2014 Superbowl Champions of the NFC, unfortunately, we must direct you to a different page. What we are talking about is one of many ways you can connect with your mobile devices, Near field communication, or NFC. Samsung is showcasing its NFC technology at the MWC 2014, so we decided to investigate what NFC, especially Samsung NFC technology, is all about.

NFC is particularly cool because it can communicate with other devices or things by just touching them together or bringing them into a close range of no more than few inches. The key element in initiating this communication method is the RFID, Radio-frequency identification, which Wikipedia defines as “wireless non-contact use of radio-frequency electromagnetic fields to transfer data, for the purposes of automatically identifying and tracking tags attached to objects.” 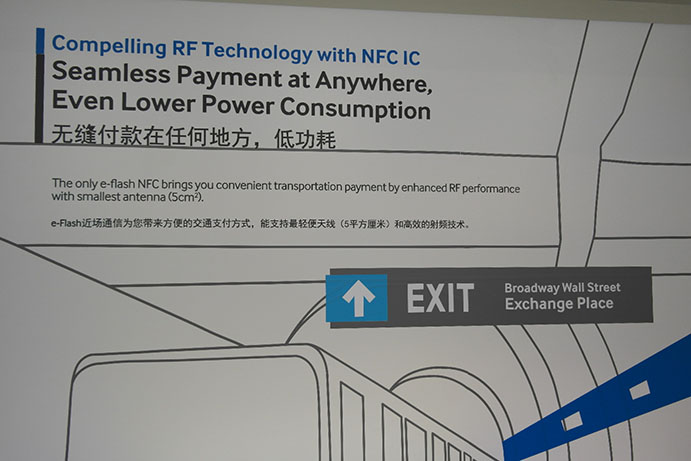 In case of device-to-device communication with NFC, once the NFC identifies and tracks the tags attached to the object through the radio-frequency electromagnetic fields, it can bypass other processes to have access to selective information on the communicating mobile devices. For example, through NFC, if allowed, a device can allow another device to have access to information on its SIM card.

Therefore, you can imagine that NFC could be utilized for many different purposes. For example, because it can access certain personal information, one of the main purposes of NFC is ‘Authentication’. Using NFC, devices could authenticate the user quickly, without having to bother the user every time.  This might work particularly well for daily transactions such as public transportation fees.

Samsung is also utilizing NFC technology widely in many areas. For example, last year Samsung introduced the world’s first NFC-supported color laser printers, which allow users to simply tag the mobile device to the printer to print. And at the MWC it is showcasing the Samsung Gamepad, which utilizes the NFC technology to initiate the initial connection between itself and the mobile device. 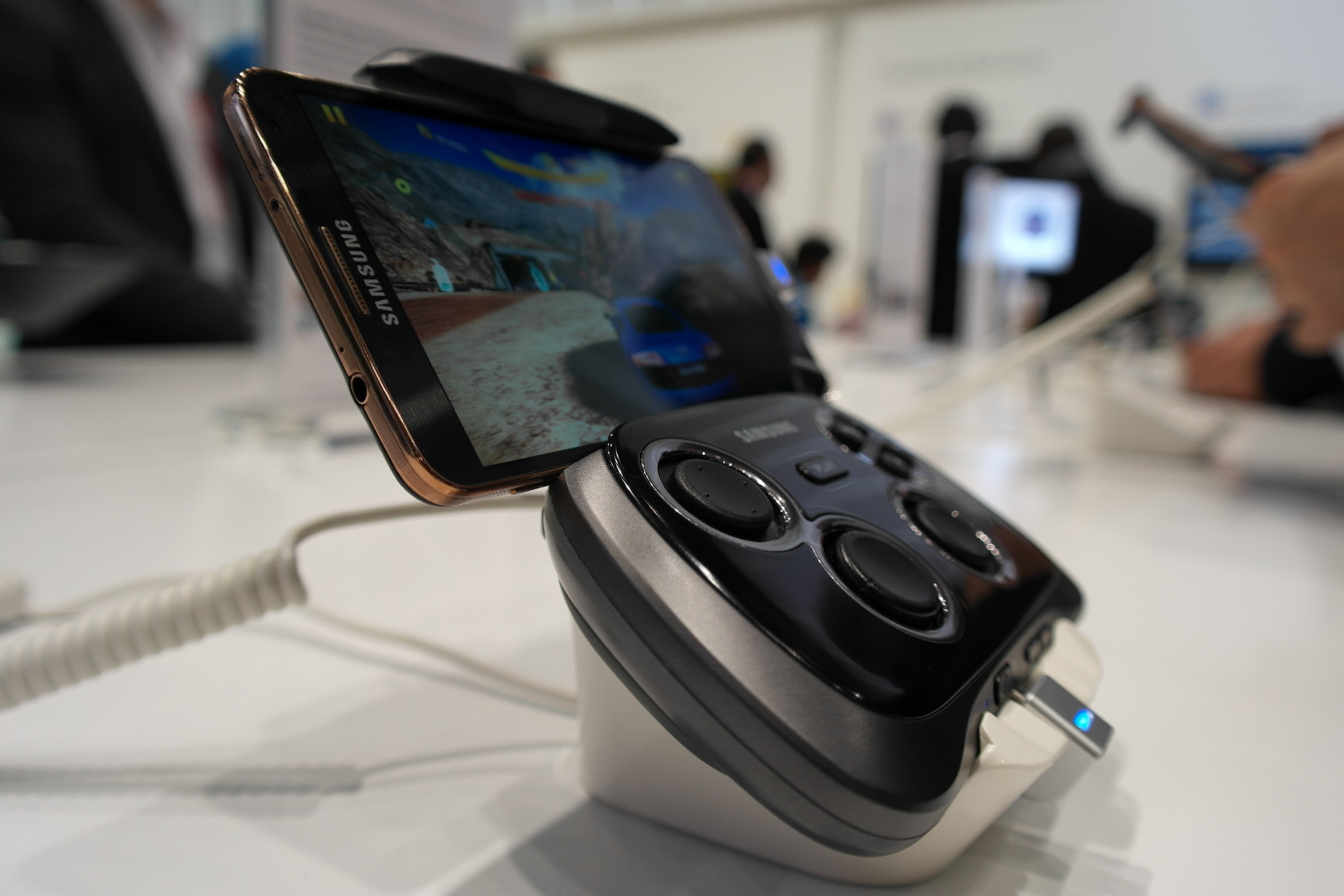 However, as it is being showcased at the MWC 2014, Samsung also has its own NFC chip. After taking a look at Samsung’s NFC booth, there are two things that Samsung is focusing on in regards to its NFC: its ability to recognize the radio frequency and its low power consumption. Here is how it basically works…

Samsung is focusing more on continuing to reduce the size of the antenna. The characteristics of NFC can be divided into three categories: reader, card and P2P. Reader is when NFC is primarily used for receiving data. Card is when NFC is sending out data, such as when you are quick-paying transportation fees. P2P is when it connects peer to peer. Therefore, considering how people use NFC, it doesn’t need to function from a longer distance, which is why Samsung is focusing on reducing the size of the antenna with rather than furthering the recognition distance.

A smaller antenna of the NFC provides some distinct advantages. First, as the antenna gets smaller, there is more space for other cool things you can do with a set piece. Let’s take the example of a mobile device; devices could have more freedom in terms of size and design. Therefore, it gives more of a cushion for improvement in the quality of the device overall.  Also, from an economic standpoint, since it is smaller, it uses less material and resources.

A smaller antenna is not the only way Samsung NFC achieves power efficiency. As with any power-consuming components of a device, obviously, lower power consumption is important. Samsung NFC features LPS, Low Power Sensing. When NFC is activated, it needs to continuously send out radio frequencies to recognize the frequencies from other NFC devices. Therefore, it continuously consumes energy. In a standby mode,  Samsung’s NFC takes about 10 times less of an ampere (mA) compared to a conventional NFC. Ampere is a measure of the amount of electric charge passing a point in an electric circuit per unit time. With Samsung NFC’s LPS, the chip doesn’t need as much as frequency time to recognize other NFC’s frequency, so it saves a lot of power compared to conventional NFCs. In fact, it has lowered the ampere down to 80mA when it is on standby mode.

Judging from personal experience, it definitely seems like there is a lot we can do if we can utilize NFC. Samsung showcasing its NFC technology may represent its will to take NFC to a different level, considering the many products of the future at the Mobile World Congress 2014. It will be exciting to see what comes next.