[Editorial] The Future of Cameras is in a Samsung Galaxy Smartphone 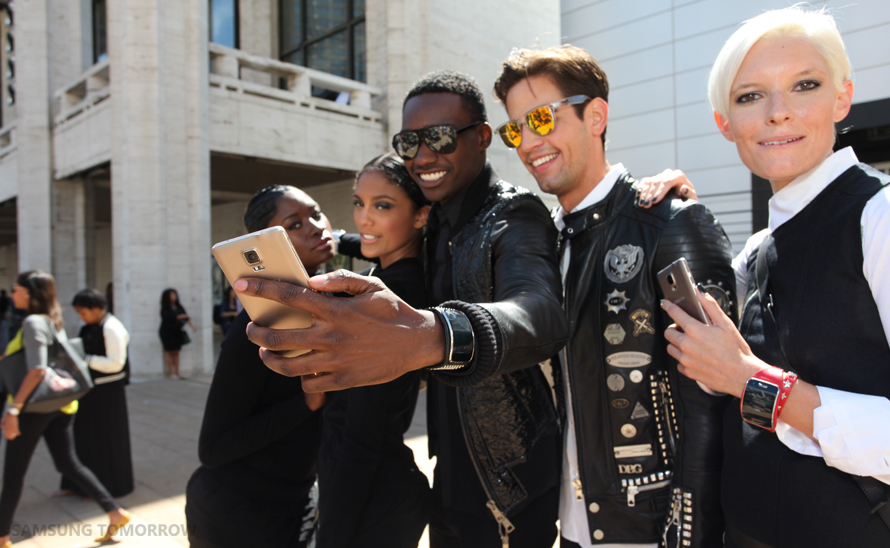 Over the last several years, smartphone cameras have been transformed from a novelty feature to a sophisticated photographic device. Small in size but large in capability, the smartphone camera now has the ability to turn any user into a budding artist, photographer or cinematographer and allow them to explore their creativity with an array of ever advancing functions and features. The more innovative we are with advancing the smartphone camera, the more we witness a growing platform of unbounded ingenuity and imagination.

Fifteen years have passed since we introduced the cellphone with an integrated camera. In the year 2000, Samsung set an industry standard by integrating the first ever, a 0.3-megapixel camera, into our SCH-V200 model. By 2002, the  mobile phone camera had rapidly evolved from a quirky gimmick to a useful device that was both practical and convenient.

Providing the Freedom of One Device

Since our first camera phone, we have focused on improving the functionality and the quality of our smartphone cameras to provide consumers with the freedom of being able to carry just one mobile device. Aggressively investing in R&D, we accepted the challenge of integrating a more powerful camera into the slim body of a smartphone because we believe that a smartphone should do a lot more than just take great pictures. The image sensors in a smartphone needed to be much smaller than the sensors in even the most compact digital cameras and we worked diligently on improving image quality under these size constraints.

You can see the progress we have made:

In 2014, we achieved the successful integration of a 16-megapixel camera with our Galaxy S5, which allowed it to capture the finest detail and color of any other smartphone camera on the market at the time. This brought us one step further to finally eliminating the gap between digital cameras and our smartphone cameras for good.

Capturing an Image as our Eyes See It

First and foremost, we at Samsung design and engineer our smartphone cameras to produce stunning pictures. We want to make the resulting images as close as possible to what you actually see with your eyes. Our relentless efforts to innovate as well as our ability to push the limits of physics allow us to develop and build compact smartphone cameras with no compromise in the overall functionality you would expect from a world-class smartphone.

Professional cameras equip image sensors and circuitry that are significantly larger than those of smartphone cameras, about fifty times larger in some cases. We have addressed these obstacles by exerting every effort into developing features such as real-time High Dynamic Range (HDR), Phase difference Auto Focus (PAF) and others that help the camera produce images closer to what our eyes actually see. In addition, our other R&D assets such as camera software, app development and component optimization let us overcome the physical limits of the hardware to bring the most innovative camera technology possible to consumers.

Offering Users What They Need

At the heart of all Samsung product development are the needs and desires of our consumers, and their expectations motivate us, the developers, to continue pushing the limits of what can be made possible.

The image sensors on most smartphone cameras are physically smaller than those on digital cameras, which means that even if the number of pixels is the same, each cell, or pixel, on the sensor is also smaller. These pixels can actually be as small as 1.12 microns diagonally, which makes it harder to reduce the noise among pixels. Low noise plays a key role in the real-time HDR and the Phase AF that require a quick and accurate reaction.

The Samsung Galaxy S5 is an example of such a breakthrough – an unparalleled smartphone that sports what is currently rated by many as the best rear camera in the market. It is also the only smartphone that incorporates high performance live HDR capabilities in both video and still shots. With the HDR reverse lighting techniques, Galaxy S5 users can achieve a photo-realistic effect with their images in almost any lighting environment. Other outstanding Galaxy S5 camera features include an autofocus function that can capture moving objects in an astonishing 0.3 seconds as well as the ability to make background lighter or darker. Users can also manually isolate and alter different focal points for complete control over the final look of their pictures.

We make sure that our smartphone cameras are fast, intuitive and easy to use, giving users a smooth seamless experience. Our users do not need to worry about the appropriate camera settings for different lighting environments or where to find different functions or how to edit and share the photo they just took.

Building the Next Big Thing

In recent years, as social media trends popularized the “selfie,” the demand for a high-quality front-facing camera became paramount. The front camera in the Galaxy S5 is capable of capturing FHD videos, and allows the users to enjoy ultra clear video calls. Advancing these features even further is the 3.7MP front camera and F1.9 lens on the Galaxy Note 4 that supports a 90º wide-angle mode that lets users capture the perfect selfie or group selfie – the “wefie.”

Taking this even further, the Galaxy A7, A5 and A3 all feature a monster 5MP front-facing camera for even better-looking selfies. While earlier front-facing cameras were regarded as an “extra”, superfluous to the “main” camera on the rear, this is clearly no longer the case anymore.

We meticulously evaluate every single facet of our smartphone cameras by taking over 10,000 photos in every imaginable lighting environment for analysis. The same passion and dedication has been put into building the cameras for the release of our 2015 flagship model. It will be intelligent and do all the thinking for users, allowing them to take amazing pictures under any conditions, without having to worry about anything more than just pressing the shutter button.

It will demonstrate just how far Samsung has advanced smartphone cameras, and once again will open the creative side of our users for new ideas and new possibilities.

This article has been corrected and updated on February 12, 2015.