The History of Samsung TVs’ Amalgamation of Art and Technology

Samsung TVs and art share a rich history, dating back to the early 1980’s when its TVs were first used by renowned artist Nam June Paik for his groundbreaking exhibition, ‘TV View Jak’. Paik is the creator of the video-audio artform known as ‘Video Art’, and was a pioneer in merging video and technological innovation into art. Today, Samsung Electronics continues to collaborate and innovate, exploring new boundaries of technology melded with art.

To celebrate the first ever hosting of the Olympic games in his birth country of Korea, Paik sought to create something especially memorable. And with the support of 1003 TVs from Samsung, Paik gracefully merged TV and art to create the famous ‘The More the Better’ exhibit – still on display today at the National Museum of Contemporary Art in Korea.

In 2016, Samsung organized a posthumous tribute of Paik’s work entitled “The Nam June Paik Show”, to honor the 10-year anniversary of his passing. Korean media artists paid homage to Paik’s ‘TV View Jak’ piece through a reinterpretation of the original by utilizing Samsung Serif TVs. 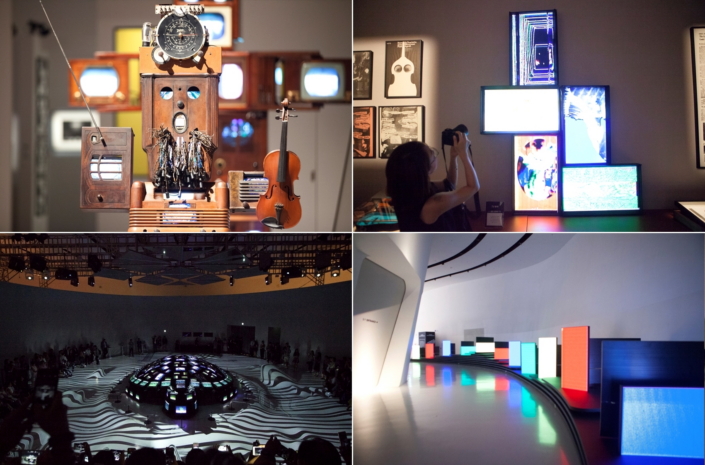 Inspired by the elegant lines of a crystal wine glass, Samsung introduced its Bordeaux series of LCD TVs in 2006. TVs were no longer just TVs – they became furnishings of art for interior décor. Samsung became the world’s top TV manufacturer, powered by the success of the Bordeaux TV series.

Building upon the style-conscious design of the Bordeaux Series, in 2008, Samsung developed a new material which enabled a ‘Touch of Color’ to be added to the bezels of its TVs. Samsung TVs again fused technology and art to provide consumers with new ways to experience their TVs. 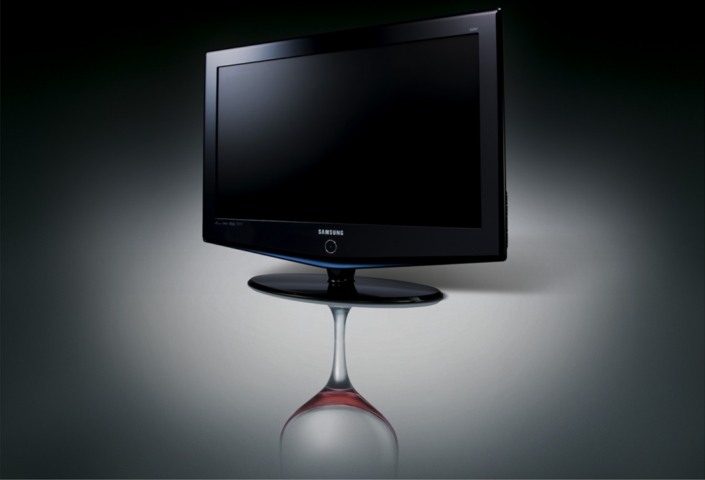 Salone del Mobile – A Union of Technology and Art

Salone del Mobile is the world’s largest trade fair of its kind – showcasing the latest concepts in furniture design from around the world.

Samsung has participated in the Salone del Mobile each year since 2011, an event where the company showcases a harmony between technology and interior design. To mark their inaugural participation in the fair in 2011, Samsung joined forces with a Korean media art team to create a special piece titled ‘A Bench in a Human Arm’, which used 88 Samsung TVs and 36 tablet PCs to represent how technology can assist human communication. Samsung’s continuous collaboration with artists is transforming living spaces through a fusion of art and modern TV technology.

The Style of Technology – Serif TV

In 2016, renowned furniture designers Ronan and Erwan Bouroullec explored the integration of aesthetics and technology to create Serif TV. With different shapes, sizes and colors available, the TV was meticulously designed to complement the home interior.

Appropriately, Samsung unveiled Serif TV at one of the world’s most renowned art museums in the US, the Museum of Modern Art. The TV is the first TV ever sold in the museum’s store, normally reserved for pieces of fine art, and went on to become a best seller. 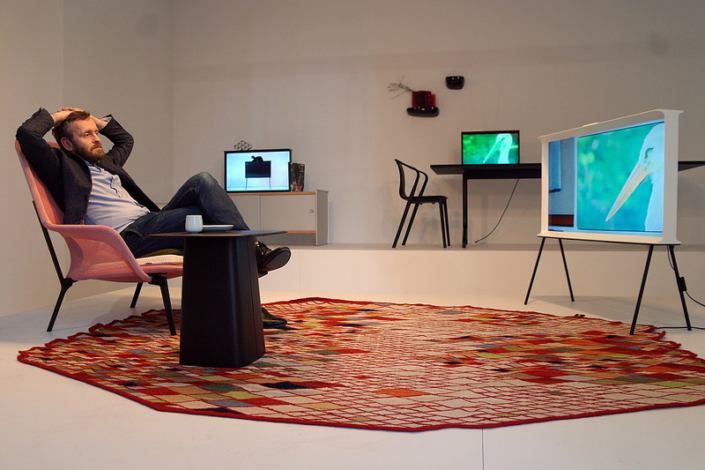 In March 2017, Samsung released a television that uniquely doubles as a piece of art on the wall, known as The Frame. The company marked the launch of The Frame by displaying several units in France’s renowned Musée du Louvre in Paris and in May of 2017, Samsung, partnering with modern artist Lee Wan, exhibits The Frame at the 57th La Biennale di Venezia, the world’s largest art exhibition to offer artists and consumers with the theme of ‘A Combination of Art and Technology’.

The connection between Samsung’s TV technology and art goes back nearly 40 years, continuing to blur the line between TV and art. Working beside leading artists and designers, Samsung will continue exploring innovative technological designs to further solidify the bond between technology and art. 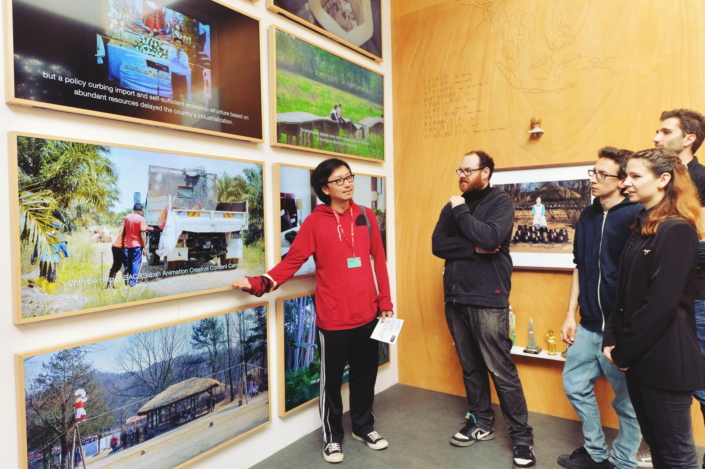 Lee Wan explains the inspiration behind his ‘Made In’ artwork, produced in partnership with Samsung, to attendees of La Biennale di Venezia’s 57th International Art Exhibition