The Making of Over the Horizon 2015

“Over the Horizon,” the official brand song of Samsung Galaxy, is at once recognizable with its familiar uplifting melody, and comes preloaded as a music track and a ringtone on the series’ products. Delighting Samsung users all the world over, this well-known six-note melody has evolved over the years, just as Galaxy products have, under a variety of themes, and was recomposed this year with the launch of the Galaxy S6 and S6 edge.

Samsung Senior Designer Joong-sam Yun, the original composer of the song, explained, “The introduction of the brand song provides a friendly and well-balanced ambiance. The syncopation of the leap of the tune in the following notes conveys passion with a futuristic sound. The last note represents the ceaseless challenging spirit of the company.” 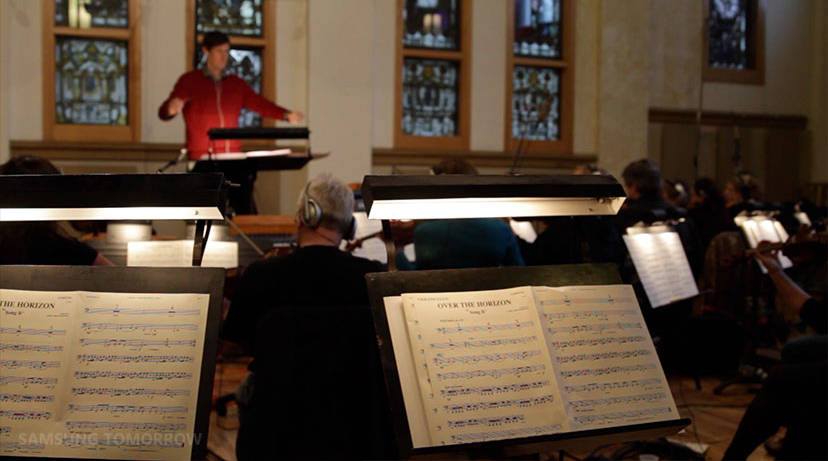 This year, Jamie Christopherson joined for arrangement and orchestral composition to update the song, stating, “Last year was a little bit more powerful and forward moving momentum. And this year, we want to relax a little bit with the emotional wellness.”

He has previously created a number of songs for the Galaxy series.

“Writing the music for Samsung was probably one of the funniest musical experiences. And everything from the orchestra to the band was recorded live!” Christopherson notes on his website.

Under the direction of Christopherson, the latest variation of the song was recorded at Ocean Way Studios located in the music city of Nashville by the Nashville String Machine. With its extensive and diverse credit list ranging from Bruce Springsteen to Johnny Cash, it has established itself as America’s premier recording orchestra for nearly three decades. The result was a moving song characterized by a rich sound and harmonious blend of string and woodwind instruments. 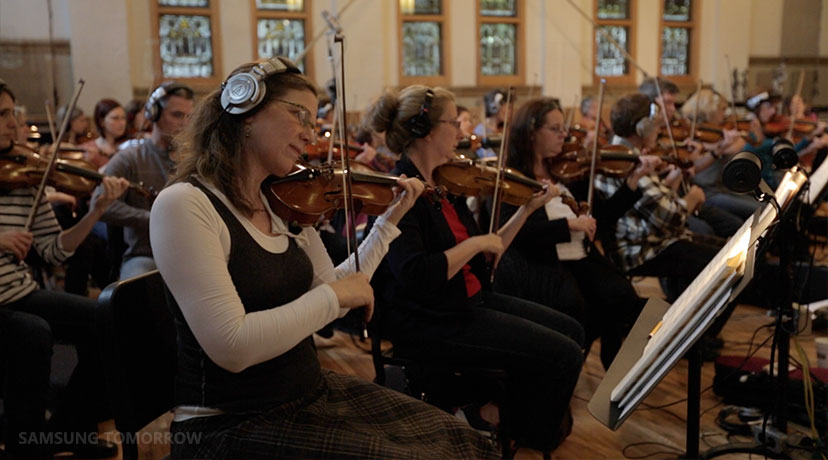 The composition was then mixed by recording engineer Al Schmitt at Capitol Studios in LA. Schmitt, who has 21 Grammy Awards to his name for his work with artists such as Natalie Cole and Frank Sinatra, was excited to be a part of the project and to work with Christopherson for the first time, stating, “I just love what he’s doing. The melodies are great. It’s been a really pleasant project to work on.” 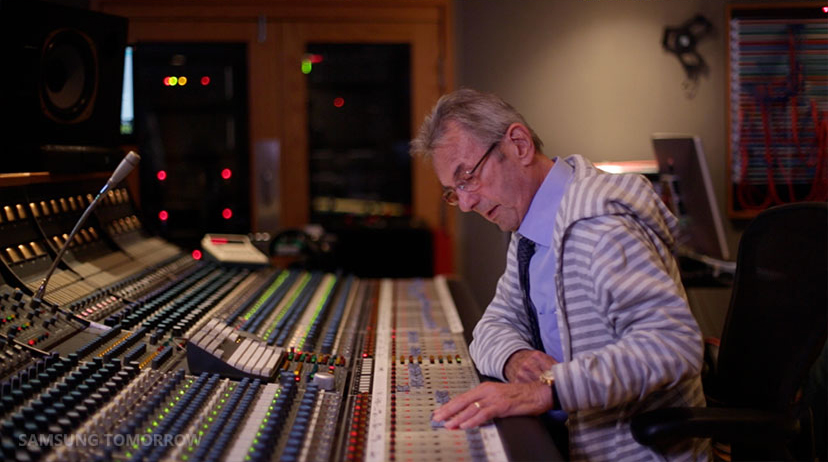 The deep, harmonious tune performed by the 40-piece orchestra represents the elegant, dazzling designs and upgraded performance of the latest Galaxy devices, as well as the ever-evolving innovation of Samsung. Experience “Over the Horizon” for yourself in this making-of the song video clip.