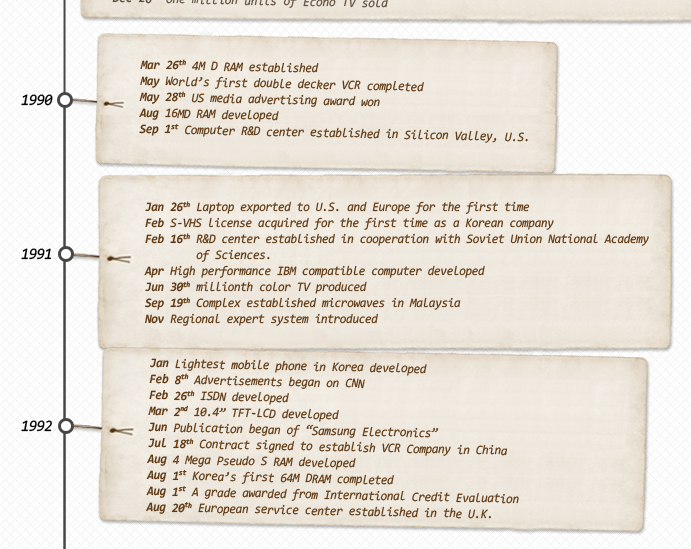 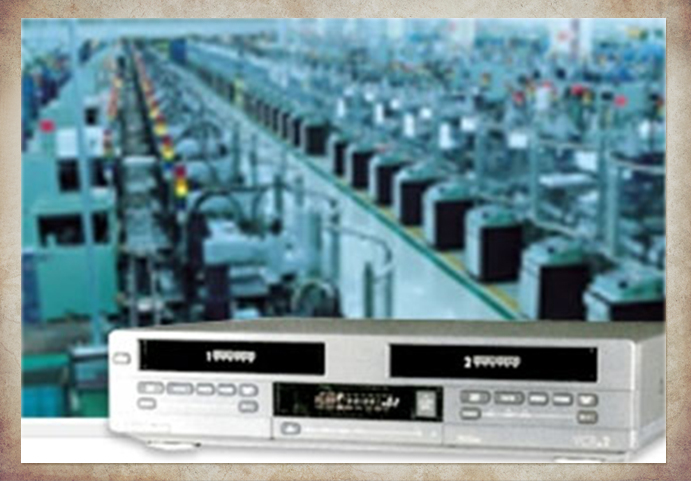 Samsung achieved sustained growth in the VCR market as the 1990s began. In fact, Samsung took 15.8 percent of market share for VCRs in Korea. Samsung’s VCRs and TVs led the new era of a growing visual display market.

In 1989, Samsung completed development of its hi-fi system, Top Star. In 1990 Samsung succeeded in developing a dual deck VCR for the first time in the world. It had x180 speed and a pioneering “artificial intelligence” feature. In 1991, Samsung developed a Super VHS VCR and hi-fi Jog/shuttle VCR. Then in 1992, Samsung developed both an 8mm VCR and a cordless VCR. These VCRs were evaluated as the best in quality, productivity and performance, and gained in popularity in Japan and around the world.

Complex established for microwaves in Malaysia 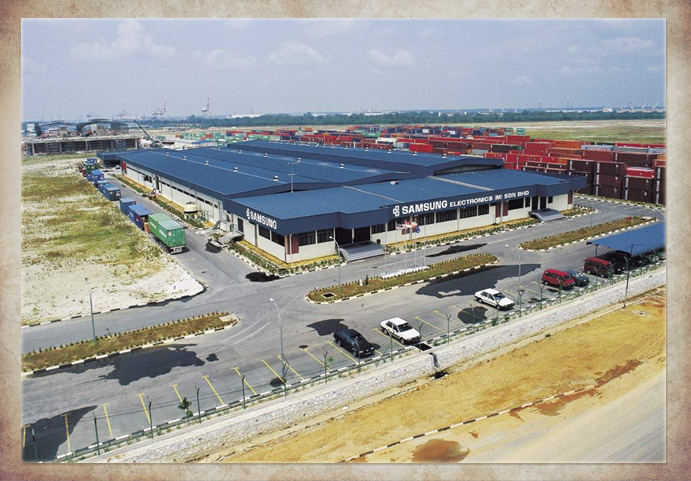 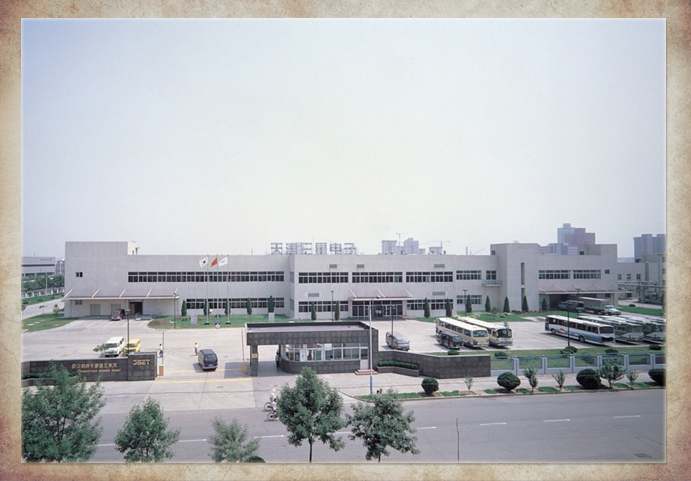 In 1992, Samsung decided to enter the great emerging market in China. For the first time as a Korean company, Samsung established Tianjin Samsung Electronics Company (TSEC) in cooperation with Tianjin Communications and Broadcasting Group Co., Ltd (TCB) for manufacturing and selling VCRs. TSEC secured a place for the complex in Tianjin and began mass production of VCP (Video Cassette Players) in June 1993.  Later that summer, Samsung began to produce VCRs as well. 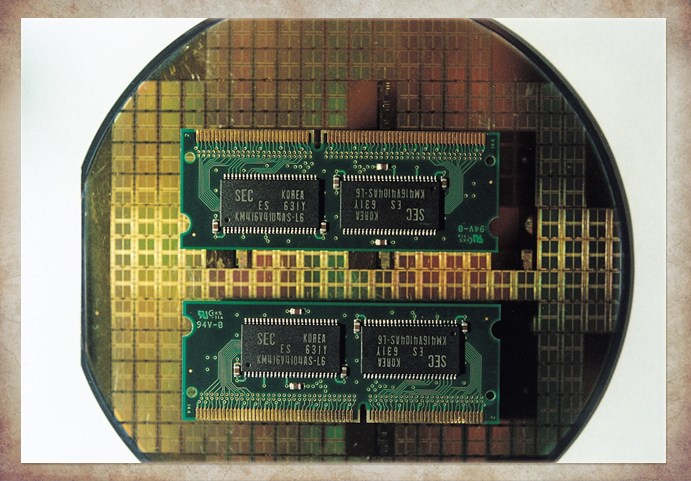 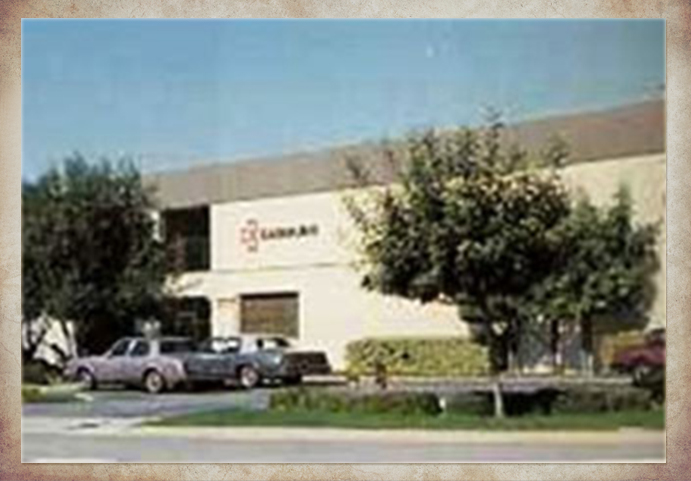 In August 1992, Samsung Electronics established a European Service Center in the U.K. This was an important move for Samsung Electronics in light of the North American Free Trade Agreement and EC Integration (a precursor to the EU). Additionally, this center allowed Samsung to learn about advanced service systems from Europe.