This is Not an (official) review of the Galaxy S5 [Editorial]

“Galaxy S5 is the best smartphone ever!” is not the type of opinion you are going to get here, so if you want a full review of every single feature and all the specs, we’ll have to redirect you somewhere else. (eg. CNET High Fives the S5) However, if you had only 30 minutes to play with the new Galaxy S5, this is might be helpful.

A day ago, a curious editor (me) was chosen for the task of babysitting the Samsung Galaxy S5 for 30 minutes. Left alone in the office and feeling obligated to play around with the new Galaxy S5, as many other responsible editors around the world would, the executive decision was made to take advantage of the situation.

While you might think that you would have time to investigate all the features, you’d be surprised at how much time you spend playing with the 16 megapixel camera of the Galaxy S5.  It is not just because the phone did not yet have a phone service provider. It is not because of the world’s fastest autofocus speed (up to 0.3 seconds), the advanced High Dynamic Range (HDR) or the new Selective Focus feature.

It was simply because, personally, camera was the most proactive and productive, yet most frequently used smartphone function besides social media apps. Considering there are 300 million Facebook photos, 40 million Instagram photos or 1400 hours of Youtube videos uploaded every day, taking photos and videos is considered a pretty legitimate habit.

Somehow the Galaxy S5 seemed to support or even encourage this habitual taste. When the phone is locked without a password or pattern, the Galaxy S5 allows the user to instantly access the camera function by sliding up the camera icon in the lower right corner.

Once the camera function was on, it was only right to check out the options. One of the first impressions of the camera UI was that it was very neat and intuitive. As you can see there are four options on the top: settings, HDR, Selective Focus and Selfie (or front camera). 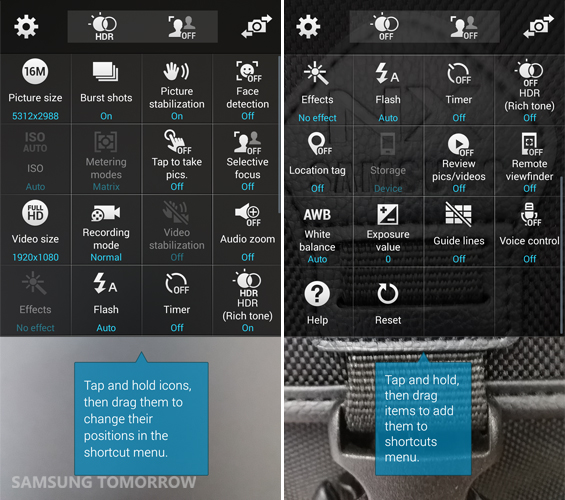 Instinctively, my index finger went to click the icon on the left to check out the settings for the camera. The Galaxy S5 gives users various detailed options as you can see on the captured images. It was obvious that if I tested out all of them one by one, no photos were going to be taken, which was actually a nice justification to skip them and start producing some quality photographs. 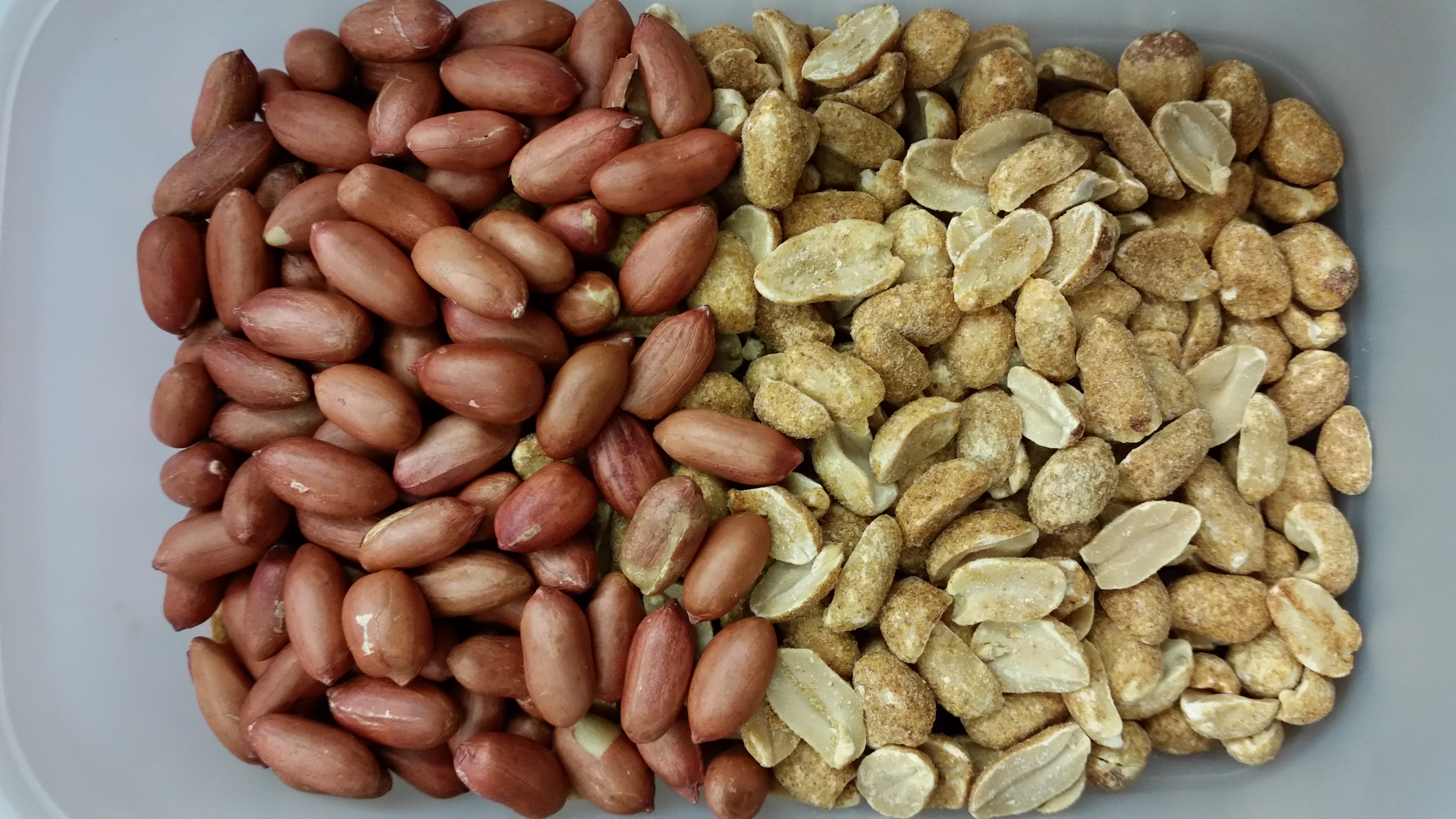 Before we review the artistry of these photos, I want to point out that I am an extreme amateur, and most of my work consists of subjects such as beautiful burgers, nicely arranged clouds and adorable pets that everybody loves. Obviously, by assertively mentioning this, I’m insinuating how proud I am of the photos above. Seriously, the photos above seem to capture all the details to the point where the textures could be felt (even though we know it’s not technically possible to feel textures with eyes).

Of course the fact that these photos were taken in 16M with resolution of 5312X2988 (16:9) helped. However, they were taken with the very basic option, ‘Auto’.  No additional effects were used and obviously none of the following modes that the Galaxy S5 supports were used: Beauty face, Shot & more, Panorama, Virtual Tour or Dual Camera.

After briefly investigating the camera options, it was time to check out the gallery. Without any additional photo editing app, the Galaxy S5 already offers cool photo editing tools. Not only was it effective and awesome, but the UI of it was very clean and easy to use. For example, if you are somehow not satisfied with the photo you just took, all you have to do is select the ‘edit’ icon on the top and tap the ‘enhance’ icon on the lower left side to enhance to photo. You can also do some in-depth editing in 5 big categories: adjustment, tone, effect portrait and decoration. Under each category, other various options are provided as well. All in all, it was fun. However, my 30 minutes was already up. 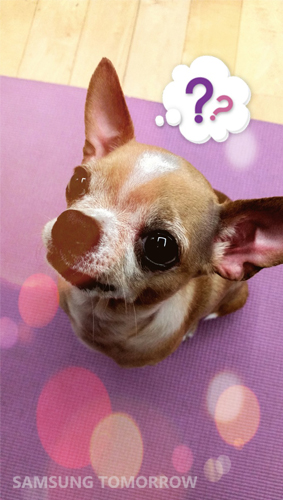 It might not be fair to leave you with no sense of closure after you took your precious time to read this very personal article. However, I can confidently say this. Obviously, I did not have the time to test out enough features to conclude that “Galaxy S5 is the best smartphone ever.” However, it is pretty fair to conclude that the camera is pretty impressive. If you want more information on the Galaxy S5, don’t worry, it is coming. Much more in-depth and fun articles regarding the Galaxy S5 and more are in schedule, so please stay tuned.

* The following is  an individual opinion of an editor and does not represent the official views of the company.