Samsung Electronics has expanded its premium Smart TV content service TV PLUS in Europe. The service will grant access to Ultra-High Definition (UHD) and High Dynamic Range (HDR) content for more viewers than ever, with consumers in France, Germany, Italy, Spain and the United Kingdom now able to use it.

Similar to the way viewers already navigate the channel menus for their traditional cable or TV providers, Samsung Smart TV users in Europe will be able to easily find their favorite content using the TV PLUS interface. The video on demand (VOD) shows and movies will be delivered via the users’ internet connection. 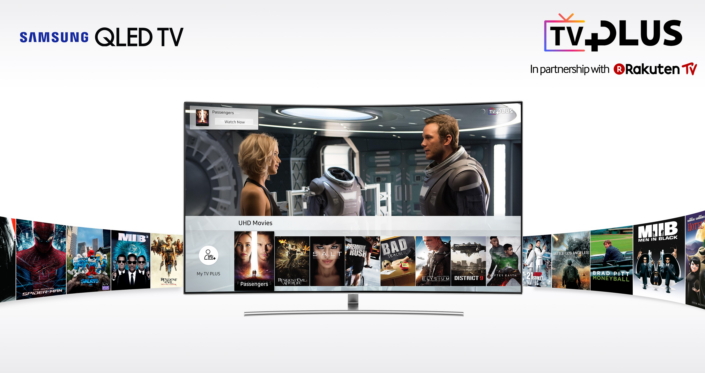 Wide Range of TV in UHD

Thanks to TV PLUS, viewers will be able to enjoy the highest quality UHD and HDR movies through multiple channels directly on their Samsung Smart TVs. And because the TV PLUS app has been designed to have a familiar user interface, retrieving UHD and HDR content is both simple and enjoyable.

“Our goal at Samsung is to create innovative and valuable technology that makes our consumers’ lives easier and more enjoyable when it comes to watching their favorite content,” said Heeman Lee, Vice President of the Visual Display Business at Samsung Electronics. “With the European expansion of TV PLUS, we are thrilled to provide additional consumers access to new movies in UHD and HDR quality.”

VOD movies provided by TV PLUS are broken down into three categories: New Releases, Family and UHD. New Releases include titles that have been released within the past six-to-eight weeks, while the Family category includes newly released family-friendly titles as well as best-selling movies. The UHD category features movies that were recently released in UHD. Each category is refreshed weekly with new and top selling content.

Samsung’s partnership with Rakuten TV, a leading provider of UHD∙HDR movies and VOD content, delivers a wide range of options for movie enthusiasts and families to enjoy. Among the various UHD movies available via TV PLUS are titles such as “Passengers,” “Moneyball,” “Hotel Transylvania” and many more. 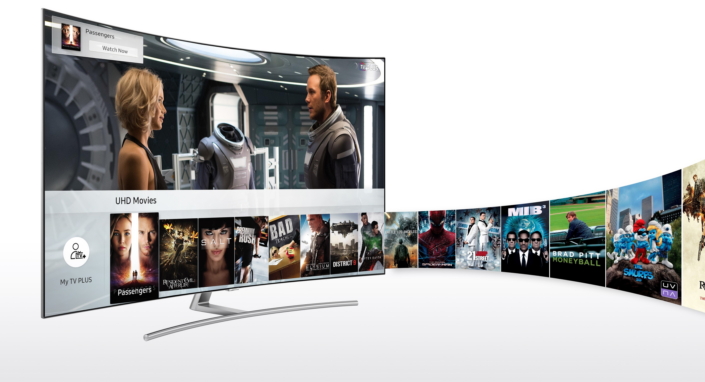 TV PLUS was first launched in 2015 in South Korea and its reach continues to grow. It’s already available across North America and Southeast Asia. In January 2017, TV PLUS was also made available in Germany.

Since its release, TV PLUS has continued to gain popularity across all available markets thanks to its volume and quality of content. TV PLUS has more than 8,900 titles available in the US, and its partnership with the BBC means that masterpiece documentaries such as “Planet Earth II” are available for Korean users. As of June 2017, TV PLUS is used by more than 480,000 people in Korea and Southeast Asia. 70% of Smart TV users in Korea are watching TV PLUS channels, and 41% of Smart TV users in Vietnam are using TV PLUS.

As TV PLUS is expected to additionally expand its influence in European markets such as France, Italy, Spain and the United Kingdom, Samsung Electronics will be further enhancing its smart TV content competitiveness in the world.