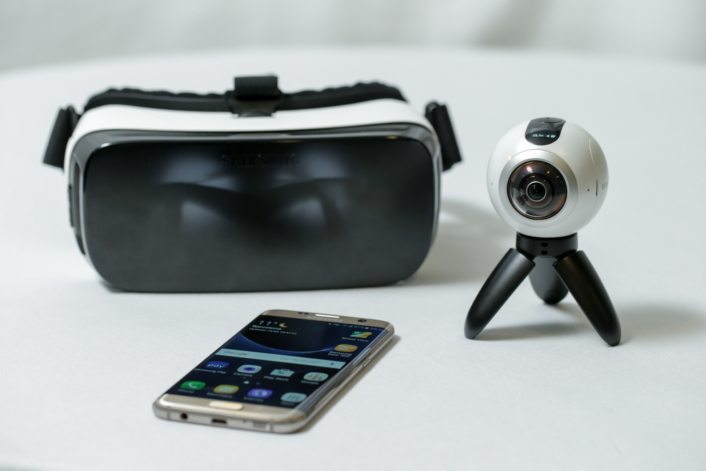 With the rise of virtual reality devices like the Gear VR, 360-degree video is becoming one of the hottest trends in digital content. Until now, 360-degree video cameras were bulky and expensive, out of reach for most consumers.

But what if that were no longer true? What if an easy-to-use camera were capable of shooting in an immersive 360 degrees? Such a device could utterly change the way people capture and share their memories.

With the unveiling of the Samsung Gear 360, shooting in 360 degrees is no longer a fantasy. It has become a reality that anyone can explore, and is the latest new experience in Samsung’s ecosystem of industry-leading products.

360 Degrees in a Small Ball

The Gear 360 is a simple and sleek looking ball, featuring dual fisheye lenses—195-degree field-of-view cameras on either side of an aerodynamic white sphere. Software then automatically combines those two images together, cutting together two 180-degree images and stitching them together at the points where they overlap, to create a 360-degree look at the world all around the camera. 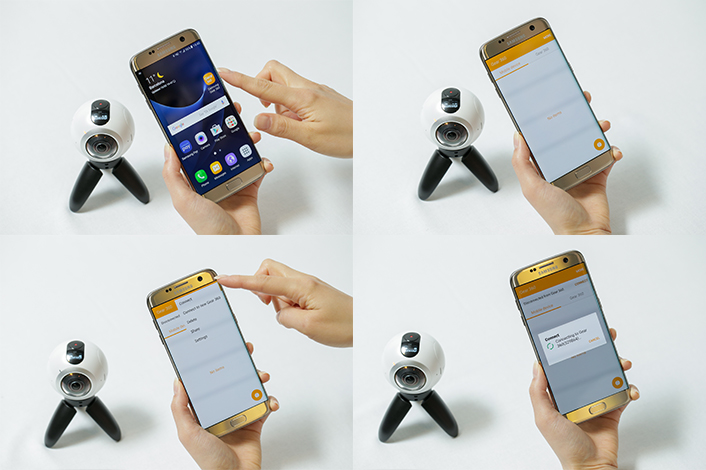 Or, should users choose to do so, they can use a single camera to capture videos and pictures for a simpler 180-degree view of half of the world. 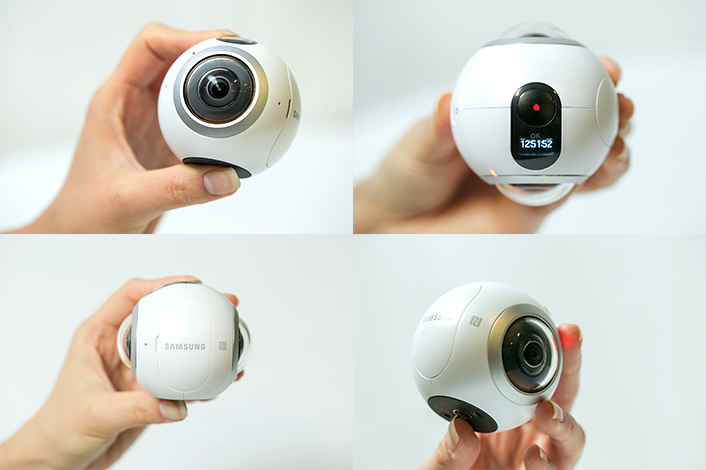 The Gear 360 camera comes in high definition, 3,840 pixels by 1,920 pixels, capable of capturing images of up to 30 megapixels. And the bright F2.0 lenses will help users to capture images even in low light conditions.

People can also use the Gear 360 to shoot in a variety of modes, including standard video, photos, time lapse videos or looping videos. 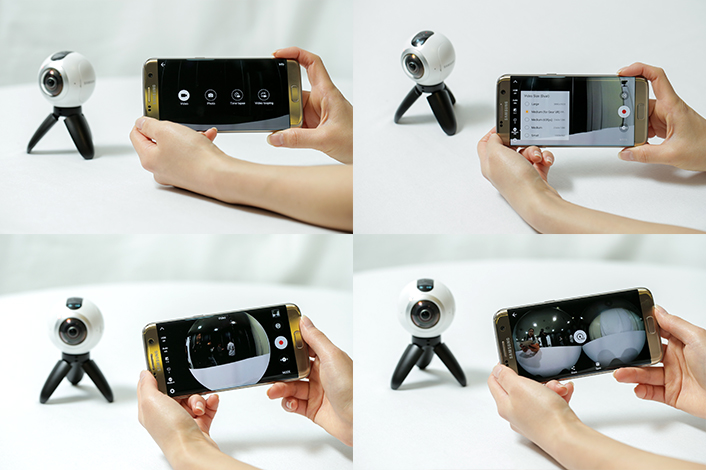 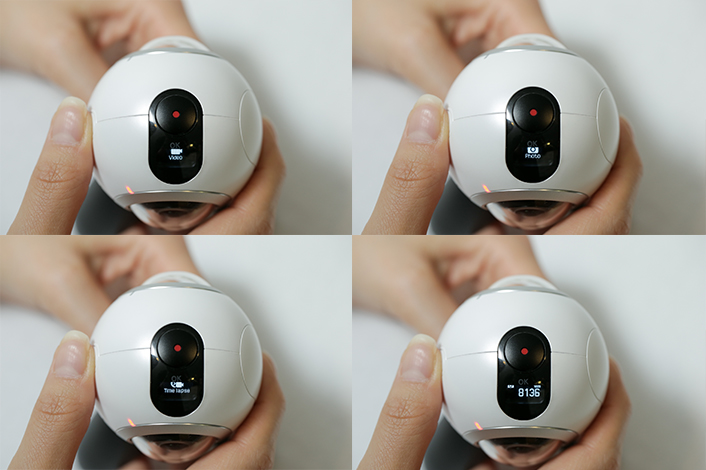 What makes the Gear 360 really useful is how easily it can be synced to smartphones and other devices. When connected to a smartphone, users can preview their content in real time, while they film. Then, just as easily, that content can be saved to the smartphone or uploaded to social media channels or Google Street View.

The Gear 360 is also ready for all sorts of connectivity options, including WiFi-Direct, Bluetooth, NFC and USB, to make sharing and transferring data incredible easy. A microSD slot makes the memory expandable to 128GB, too. 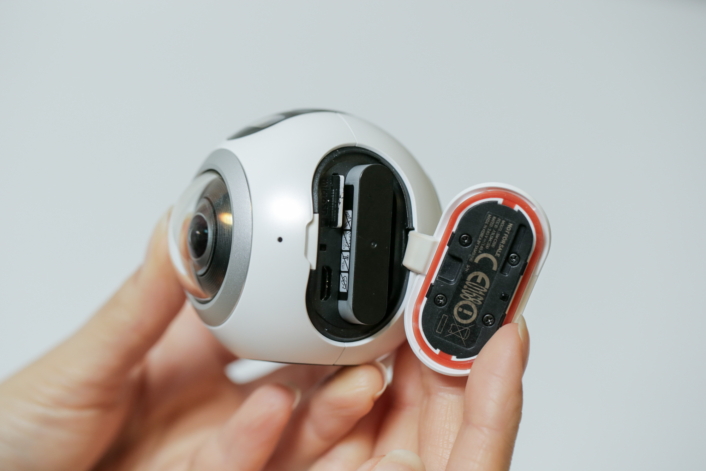 In addition, the Gear 360 is designed to be compatible with most accessories already on the market, including tripod attachments. It is also compatible with Galaxy devices that work with the Gear VR: Galaxy Note5, Galaxy S6, S6 edge, S6 edge+, S7 and S7 edge.

Changing How Memories Are Made with a Camera On-the-Go, Wherever You Go

The Gear 360 is easy to carry for maximum portability—just 153 grams and 66.7×56.2×60 millimeters—making it convenient to use just about anywhere. And with IP53 certified dust and water resistance, consumers can feel comfortable using it in everyday life, even if there’s a chance it may get wet.

Furthermore, the shutter, settings and shooting modes can be operated directly from the Gear 360 with just a few simple clicks, so it is truly a device designed for the masses. 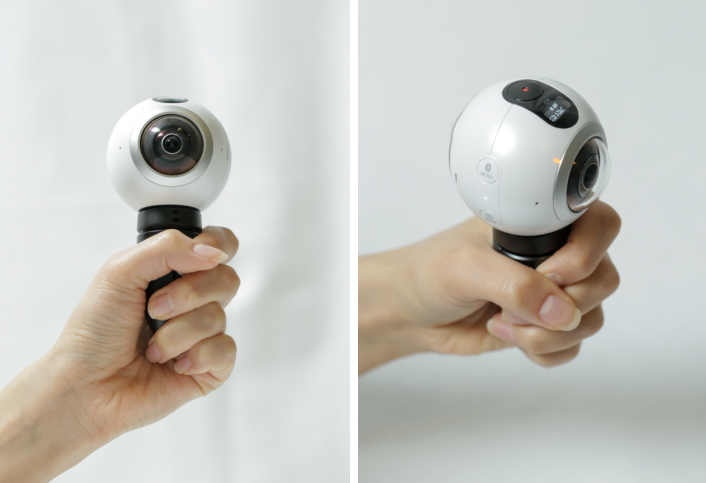 With the Gear 360, it’s now simple for anyone to shoot video and photos of stunning vistas, spectacular cityscapes and intimate gatherings, immersing viewers in any environment. It’s a small, easy-to-use device that empowers people to capture and share their lives like never before, expanding our horizons by putting our real lives into virtual reality. The evolution of VR is only just beginning, and thanks to Samsung’s Gear 360, now anyone can be at the forefront of this exciting new way of looking at the world.

**Battery performance may vary depending on configuration, and device usage.