What happened to the Galaxy 11? We haven’t heard anything about the Galaxy 11 since the announce of its complete roster about a month ago. Where are they and what are they doing? They have the fate of our planet on their shoulder, we have the right to know what they are up to!

Guess what!, Samsung Tomorrow found them at the Galaxy Studio in Las Vegas Convention Center where CES 2014 is happening… well, we found the life-size cardboard display versions of them. To be honest, we found it somewhat relieving to know that they aren’t in Las Vegas because we rather have them save time and energy to practice so that we can maintain our foot on this planet.

Since we were already at the Galaxy studio we decided to check it out. The Galaxy Studio was definitely a happening place. People were waiting in lines to get their photo printed on the Galaxy 11 T-shirt using a Galaxy Note 10.1 and Galaxy Gear, taking pictures with the life-size cardboard display versions of Galaxy 11 and checking out the display and presentation of Galaxy Note 3, Galaxy Gear, Galaxy Note 10.1 2014 Edition, Galaxy S4. and Galaxy S4 Zoom. 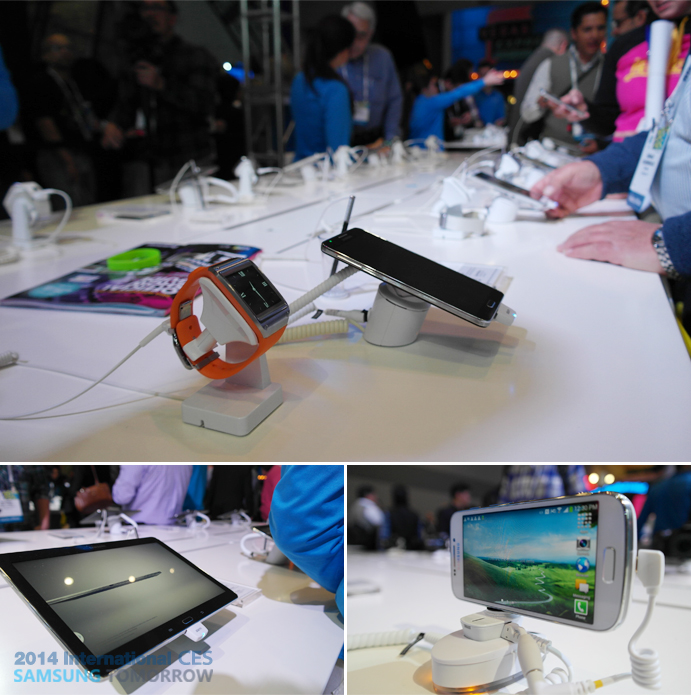 We also met up with some people and talked about some football and CES 2014. 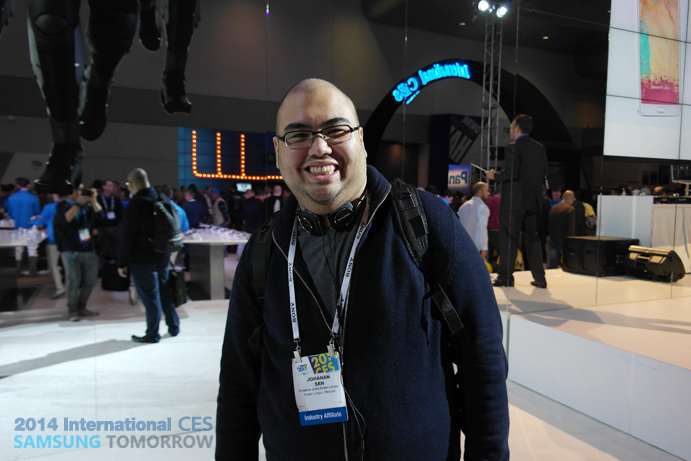 About Samsung @ CES 2014: “I really enjoyed the UHD TVs and the new Galaxy TabPRO. What Samsung has been able to do with the TVs are simply awesome!” 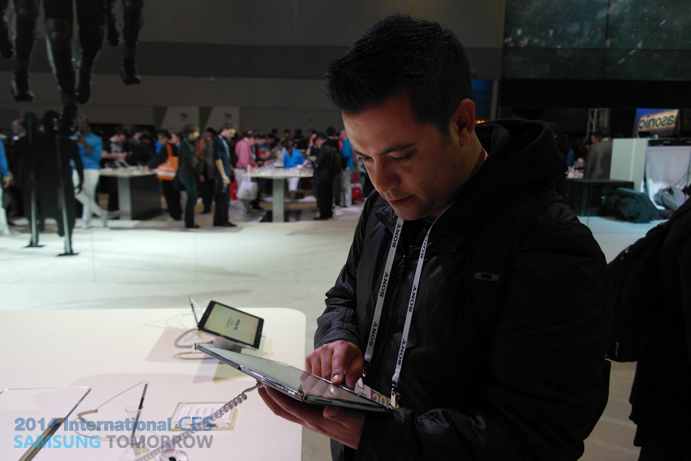 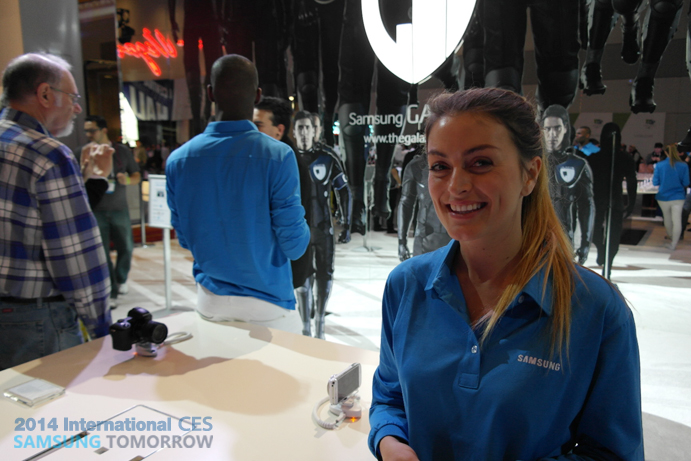 About Samsung @ CES 2014: “I’ve been with Samsung for a while and this year’s CES is especially fun. People are showing a lot of interest in the Galaxy S4 zoom I’m demonstrating. It is a phone and a camera at the same time, how can it not be cool?” 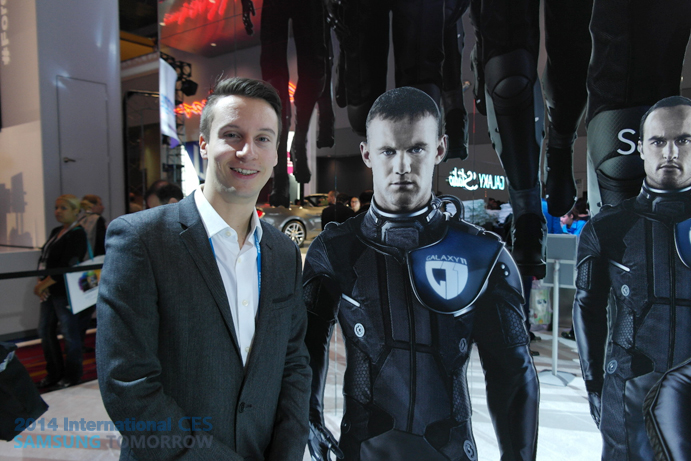 About Samsung @ CES 2014: “I have to say that I’m excited to show people our new Galaxy Camera 2 and the NX30. People are really going to enjoy the fast shutter speed of the new cameras, as well as the SMART functions and all the apps for the cameras.”