What Happens in IDEA Stays More than Just an Idea

Samsung Electronics has just recently won the most awards, 9 in total, including 5 Gold Awards and 4 Bronze Awards at IDEA 2013. For those who are not aware of IDEA, IDEA, which stands for International Design Excellence Awards, is and has been one of the most influential design foundations in North America since its establishment in the 1980s. Since 2009, Samsung Electronics has won the most awards among corporations and has the most accumulated awards since 2004.

Today we are here to proudly present all the winners from Samsung Electronics. Let’s take a look at them one by one. 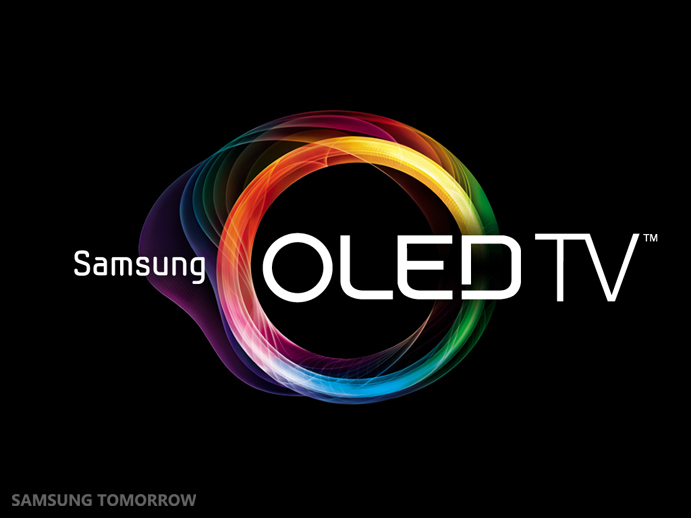 This Gold Award winning logo made judges to say ‘Oh!’ with its shape ‘O’. The big ‘O’ represents not only ‘OLED’, but also the brilliant and precise color of Samsung OLED TV. 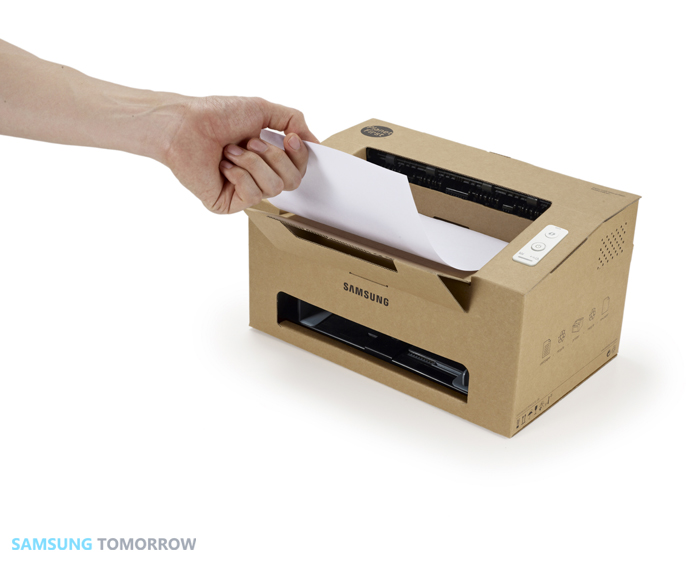 Origami is a foldable and recyclable printer made out of recycled corrugated cardboard. That is a whole lot of recycling! Its eco-friendly and creative design has won a Gold Award. 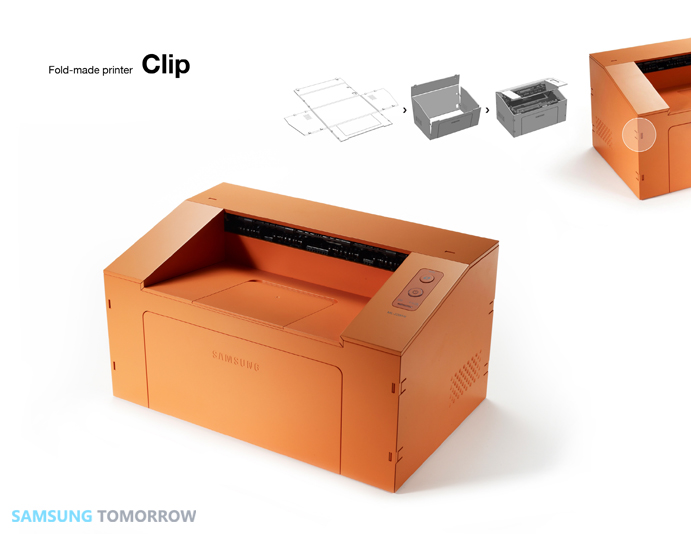 Minimizing process and components, Clip has brought fun to building a printer for customers. All it needs is clips, nothing else. 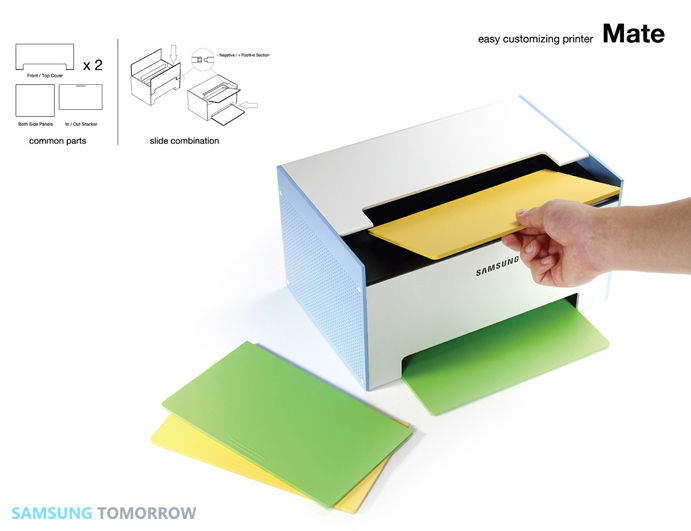 Does your printer refuse to change its clothes? Mate refuses not to. With Mate, customers can customize its color by sliding various colored panels in-and-out of the printer.

Click here to hear directly from the designers of this project! 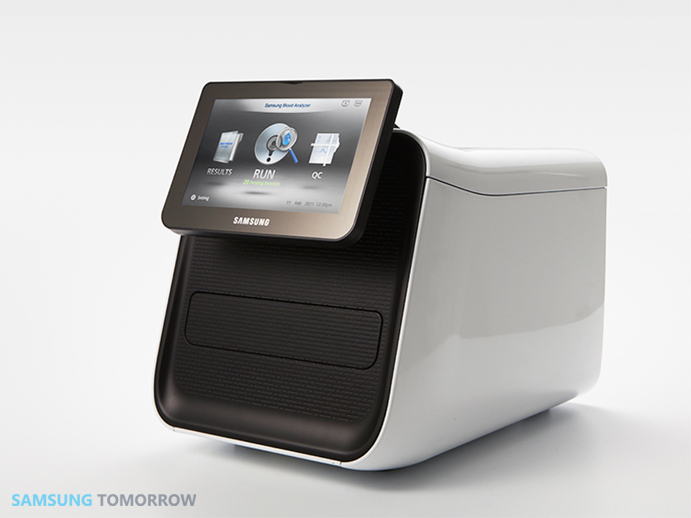 The word ‘blood analyzer’ could be a little intimidating. However, LABGEO A20A is so compact, intuitive and elegantly designed that you wouldn’t hesitate a second to get your blood analyzed by this little friend.

Samsung’s UHD TV and SC750 have won the Bronze Award this year for their competitive and unique designs. The frame of the UHD TV is so thin that it makes the display looks as if it is floating in the air. In addition, SC750, a full HD monitor, supports horizontal and vertical display depending on user’s taste.

Moreover, Samsung Art & Design Institute (SADI) won two Bronze Awards with Widy, a laundry hanger, which lets users to adjust the space between hangers and Mamma , a saltshaker, which lets you pour specific measure of salt. 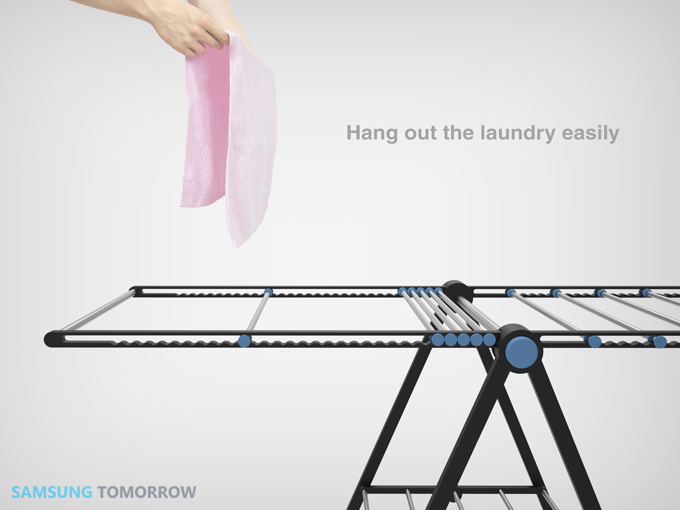 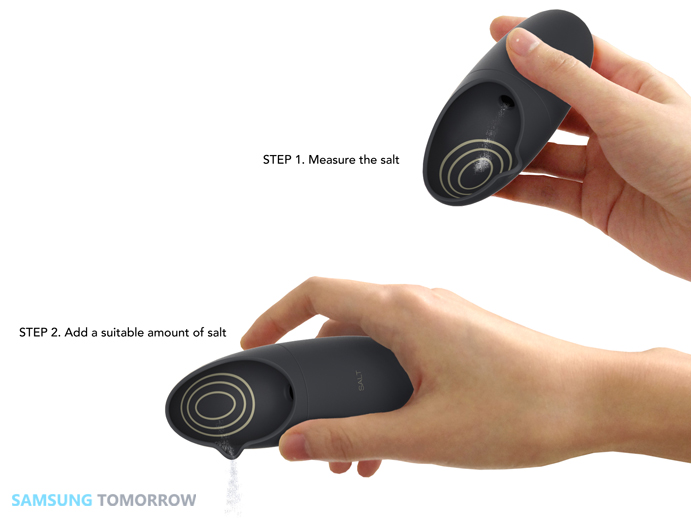 22 Finalists
Also, a total of 22 products have made it to the final: user friendly UX of the ‘Galaxy S3’ and ‘Galaxy Note 2’, ‘Samsung Zipel Food Showcase’ refrigerator with two doors and two separated interior shelves of ‘incase’ and ‘showcase’, ‘Motionsense TV UX’ that lets you control your TV without a remote controller and many more.

Now you have seen all the products that were recognized, even those that made to the final. Did you say that you wanted to know more about the 3 innovative printers? Then, stay tuned for the next part of the IDEA 2013 to find out more about how the award-winning printers were created.