What the Pen Has Meant for Humanity 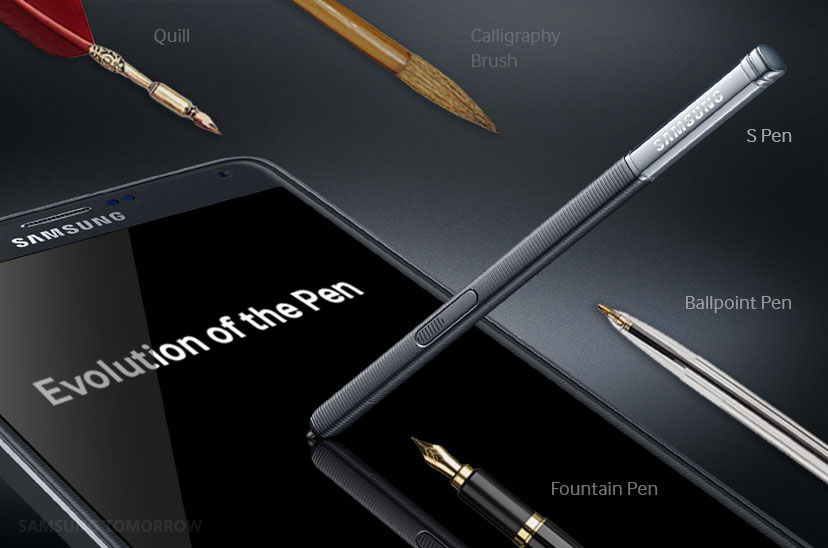 When we talk about humanity’s greatest accomplishments, we inevitably turn to our creations —the most inspiring books, grandest buildings, beautiful songs and touching poems. And one thing all those creations have in common is the need to be written and recorded. While some cultures once chiseled in stone or carved into wood, it was the rise of the pen that made writing a ubiquitous part of civilization.

Today, the latest in cutting edge technology has taken over many of the roles that once required handwriting, but there is still a vital role for the personality, freedom and creativity of the handwritten note. Over the course of history, several famous artists or practitioners of certain mediums, made use of unique writing pen utensils: from the brush pens of Asian calligraphers, to the goose quills of Charles Dickens to Sir Arthur Conan Doyle’s fountain pens. In the continuing evolution of the pen, Samsung has quickly improved and refined each edition of the S Pen of the Galaxy Note Series, perhaps one of the most technologically advanced pens of all time. Here’s a look at some other types of pens that, in the hands of writers and artists, left a mark on history.

Asian calligraphy began thousands of years ago in China and became the most revered art form in the Middle Kingdom. Chinese calligraphers used brushes fabricated from bamboo or other more ornate materials, with bristles made from animal hair or feathers. Artists would paint inscriptions on paper as well as on crafts such as ceramic goods. While styles evolved over hundreds of years, the characters had both specific and symbolic meanings.

For a long time, the main writing instrument of choice for writers was the quill – essentially this is made from a feather from a large bird, often a goose. The feather is sharpened and dipped in ink in order to write. Authors Jane Austen and Charles Dickens were among those who used quills to write their most famous works and Beethoven was known to use both a steel quill and a goose quill. This type of writing instrument was beloved for its sharp stroke and its flexibility, and was notably used to write the Magna Carta and the Declaration of Independence.

While some great contemporary writers used typewriters, or even pencils, some preferred pens. Sir Arthur Conan Doyle wrote the manuscripts for the Sherlock Holmes novels using a pen called the Duofold. Fellow author Mark Twain, too, preferred to use a fountain pen to write. The fountain pen had a large internal reservoir of ink, which meant that the writer did not have to dip the pen in an ink well.

The ballpoint pen, which first appeared in 1888, has now long been the world’s most popular type of pen. Ease of use, convenience and performance have led the innovations of pens over the years, and the ballpoint pen has proved to be a versatile, all purpose writing instrument. However, there is still a need for more specialized instruments, such as pens that are used by engineers or architects, which must also be very precise. Technical pens have evolved over the last half century to meet the needs of professionals in many technical fields. These pens typically have a very small nib.

Much like the pens above, the S Pen has evolved to meet the needs of users. Since the debut of the Galaxy Note and the S Pen, Samsung has endeavored to improve each edition that has followed. The S Pen for the Galaxy Note 4 has a small, lightweight design that makes it easy to be accurate – it is styled similarly to a premium writing instrument, but fits perfectly in the S Pen compartment of the Galaxy Note 4. The S Pen simulates finger touch, tap and swipe to provide a full, touch-screen environment. You can also use the S Pen’s multifunction button with shortcut gestures for faster input. 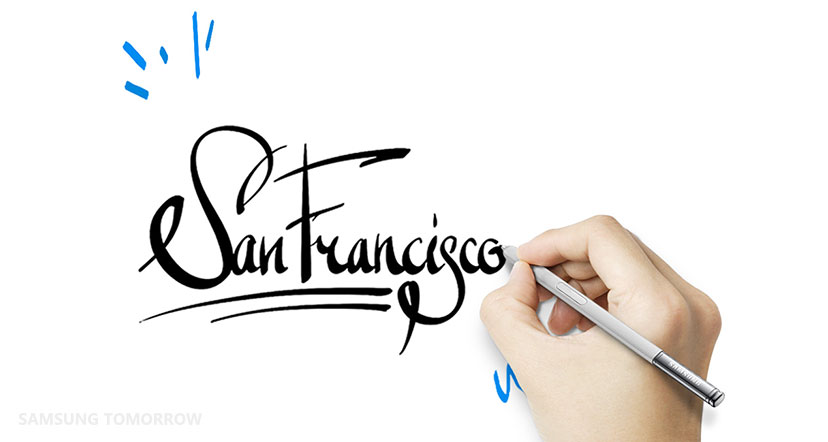 Users of the Galaxy Note Series S Pen have always been people who aim to stay organized and work efficiently, as well as artists who use the tool to express themselves. The S Pen for the Galaxy Note 4 offers features such as Smart Select, Action Memo, Screen Write and Image Clip directly from the Air Command menu, which appears with one click of the S Pen button. The Air View feature allows users to get information easily, even when the tip is hovering a few millimeters over the screen.

The S Pen is already in its fourth edition. It is exciting to consider how it will continue to evolve and improve as time goes on.