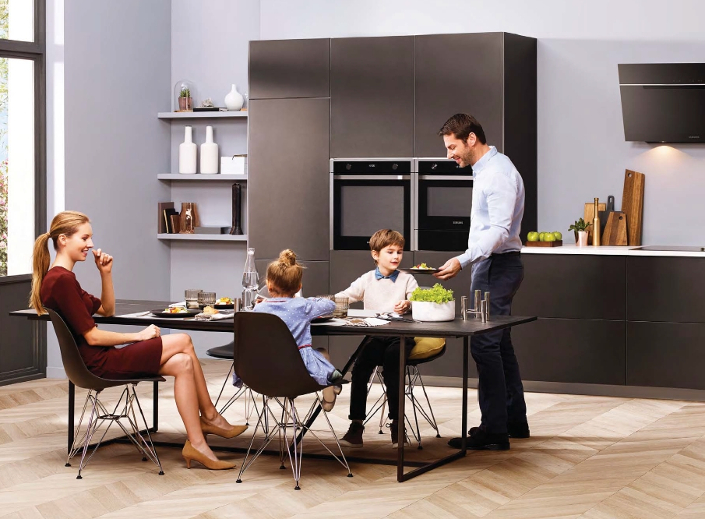 Did you know that four out of ten refrigerators in the European market are built-in types?

It is a simple yet noteworthy statistic of the European market. Unlike other regions, the percentage of built-in appliances in Europe is over 40 percent. Especially in Germany, around 50 percent of households use built-in appliances. This shows how much European customers love to use built-in type products that will perfectly fit into their home.

Samsung recently opened a built-in showroom “Cook Story by Samsung” in Warsaw, Poland. This showroom was the first of its kind in the European market and is full of premium built-in products that are optimized for European lifestyles. Samsung was the number one manufacturer of refrigerators, washing machines and electric ranges in Poland since 2012. As the new built-in products gained huge popularities after their release in the market earlier this year, Samsung also took the first place in the built-in refrigerator market in July.

Poland is just a starting point for Samsung to showcase its built-in products, as it plans to add more built-in showrooms in many other European countries. These showrooms will offer hands-on experiences of the leading built-in products to the customers, along with cooking shows and other various events. Samsung will bring unprecedented kitchen experiences for its customers. 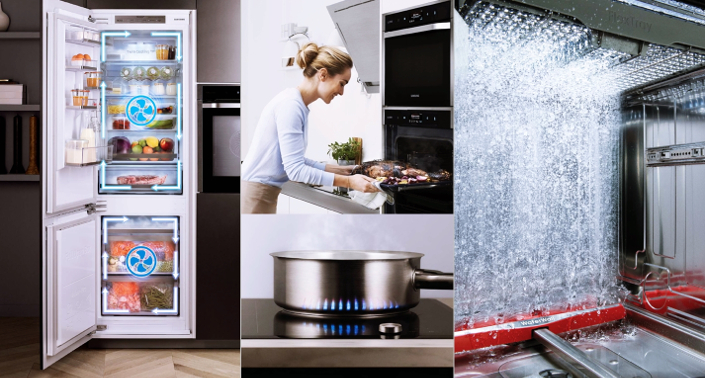 Samsung introduced a variety of the new built-in products to European countries to build its unique lineup in this year.

The lineup includes refrigerator models with No Frost technology and Twin Cooling Plus™ that maintains an optimal humidity level up to 70 percent, ovens with Gourmet Vapour Technology™ that efficiently delivers a super-heated vapor that quickly spreads from corner to corner to ensure even cooking, and Dual cook that is divided into two small ovens for separate cooking processes. It also contains induction cook tops with Virtual Flame Technology™ as well as Water Wall™ dishwashers that clean all of your dishes from corner to corner using high pressure wall of water that glides back and forth.

Another special feature of Samsung built-in appliances is that all major functions can be simply controlled via smartphones. For example, your smartphone can tell you whether the doors of refrigerators are opened. You can also check the temperatures of fridge and freezer so you can adjust the numbers from outside or start Rapid Cooling function. The products also support a smart warranty service that automatically diagnoses and treats any problems without consulting the manuals. In addition, Samsung plans to adopt soon the IoT services that will realize a more convenient connected home by enabling connection between appliances and other devices with Samsung Connect. 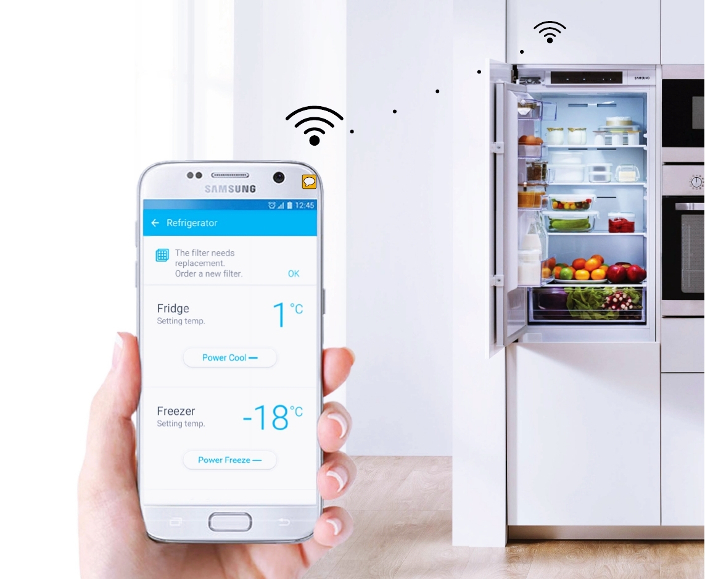 At the beginning of this month, Samsung revealed a European style built-in kitchen composed of elegant design and technologies at IFA 2017 that took place in Germany. The kitchen, a result of collaboration with three companies, drew a lot of attention with Family Hub refrigerator at the central point for an IoT-based built-in kitchen system that enables convenient management of food, ingredient, family communication and even entertainment.

“Built-in as a New Driving Force for CE Business”

“B2B and IoT are the new driving force for us to overcome the stagnated global CE market,” said BK Yoon, CEO of the CE Business at Samsung Electronics, at IFA 2017. “In three years, we will raise our competitive edge by becoming the top-tier in the North American built-in appliances market.” 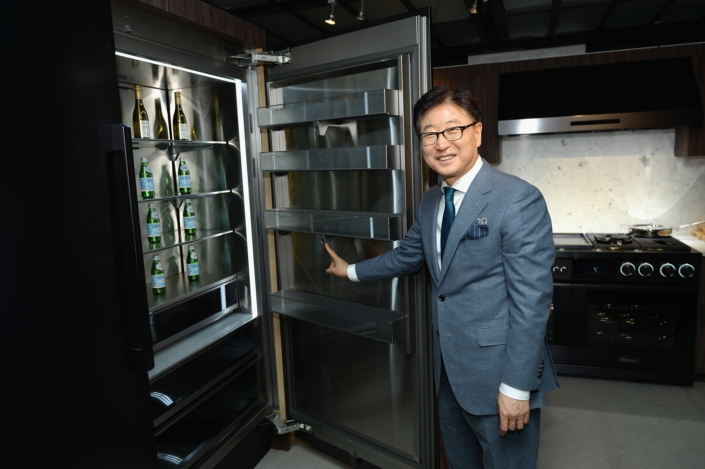 BK Yoon, CEO of the CE Business at Samsung Electronics, introduces one of the Column Refrigerators of “Modernist Collection”, a new suite of sophisticated luxury appliances of Dacor, at the launch event on March in the U.S.