With the Galaxy Tab S3, the Sky’s the Limit for Artist Thomas Lamadieu

Samsung’s Galaxy Tab S3 features a sleek and seamless design, top-of-the-line multimedia features and a slew of convenient enhancements to offer users premium performance and entertainment. And, thanks to its redefined S Pen and superior color rendering capability, it’s also a tool in which digital creatives can elevate their artistry to entirely new levels.

To showcase the device’s artistic features, Samsung Electronics Taiwan invited French artist Thomas Lamadieu on an exploratory tour of Taiwan. Creating new works throughout his journey, Thomas not only shared new perceptions of Formosa’s beautiful skies and urban settings, but demonstrated how the Galaxy Tab S3 can be a new medium for professional, amateur and hobbyist artists. 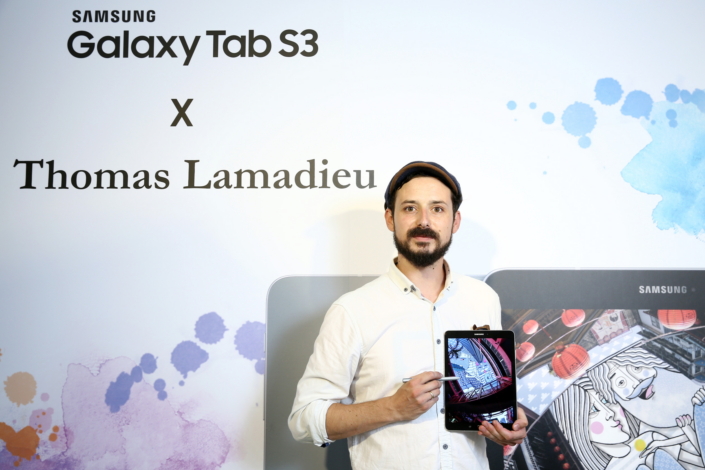 Taking expanses of blue sky framed by rooftops and building facades for inspiration, Thomas has been creating whimsical universes replete with colorful characters since 2011.

His distinctive SkyArt works, which integrate whimsical characteristic drawings into photographic images of urban settings, has garnered the attention of countless critics, art lovers and other creatives, while his exhibitions have taken him around the world. It was on his latest trip to Taiwan, however, that Thomas was able to reinterpret the island’s urban architecture through an entirely new medium: the Galaxy Tab S3. 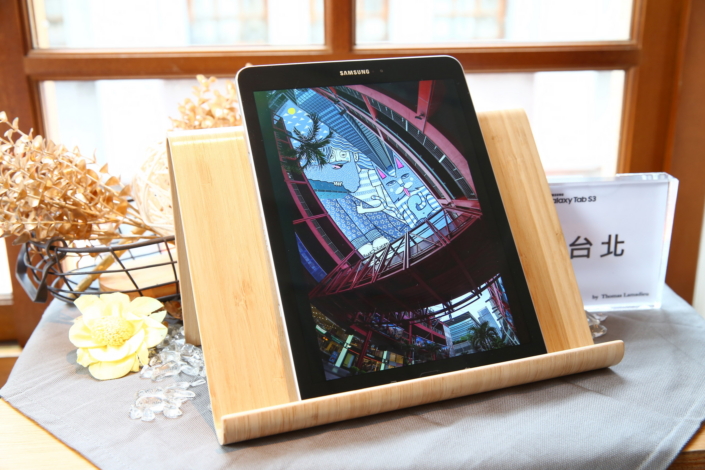 To create his works, Thomas usually uses a fisheye lens camera to capture his desired shot, then uploads the images to his computer, where he illustrates the seemingly empty spaces between buildings using a simple computer paint program. But with the Galaxy Tab S3, Thomas was able to more easily capture the scenic attractions of Taipei, Tainan and Hualien, and start editing them right away, directly on the device’s 9.7-inch Super AMOLED display with the S Pen.

The S Pen: A New Tool for Digital Artists

Designed to support 4,096 levels of pressure sensitivity and equipped with a 0.7-millimeter pen tip, the S Pen is able to create flexible and realistic pen strokes – a feature that Thomas noted made it feel as if he were working with a real paintbrush. 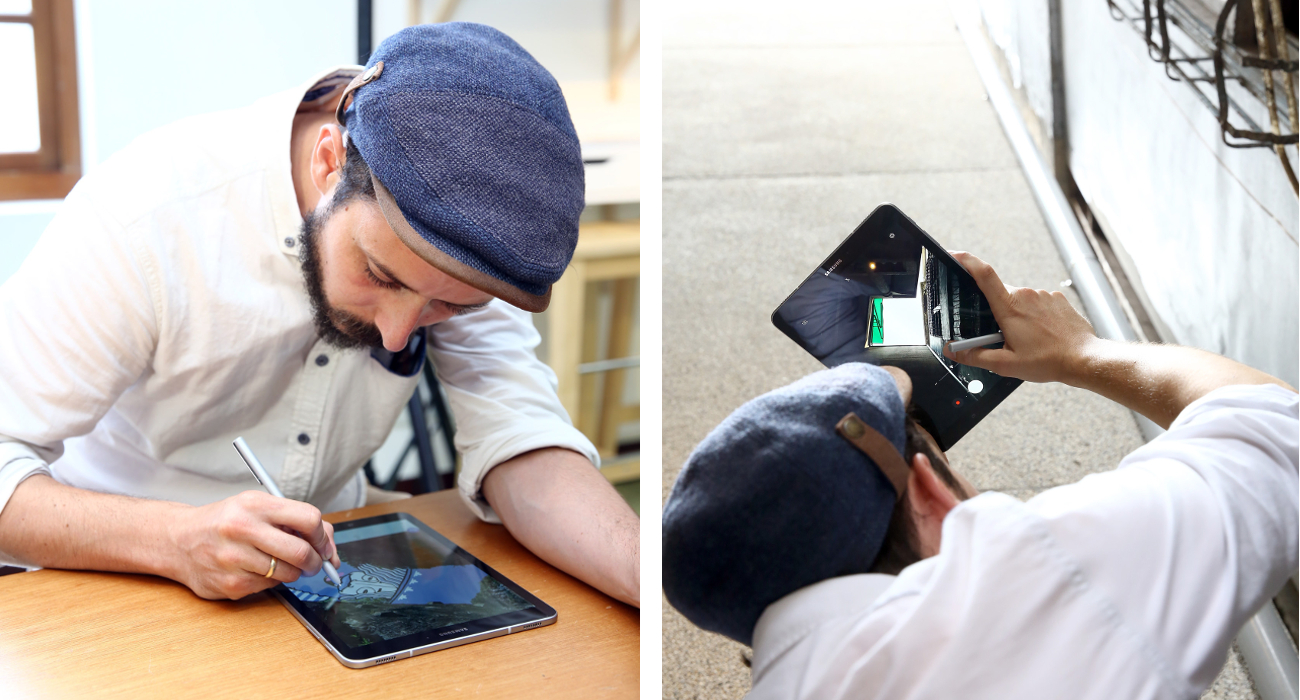 Furthermore, with more than 30 brush and pen stroke combinations to choose from, he could utilize artistic strokes in entirely new ways, resulting in diverse and creative effects. And, with ability to mix, blend and smudge different colors as he wished, the S Pen allowed him to bring out the richness of the colors in his creations.

Together, these features, combined with the Galaxy Tab S3’s superior color rendering capability, enabled Thomas to reinterpret the enchanting alleys of Jiufen Old Street and the impressive Official God of War Temple as magical worlds. 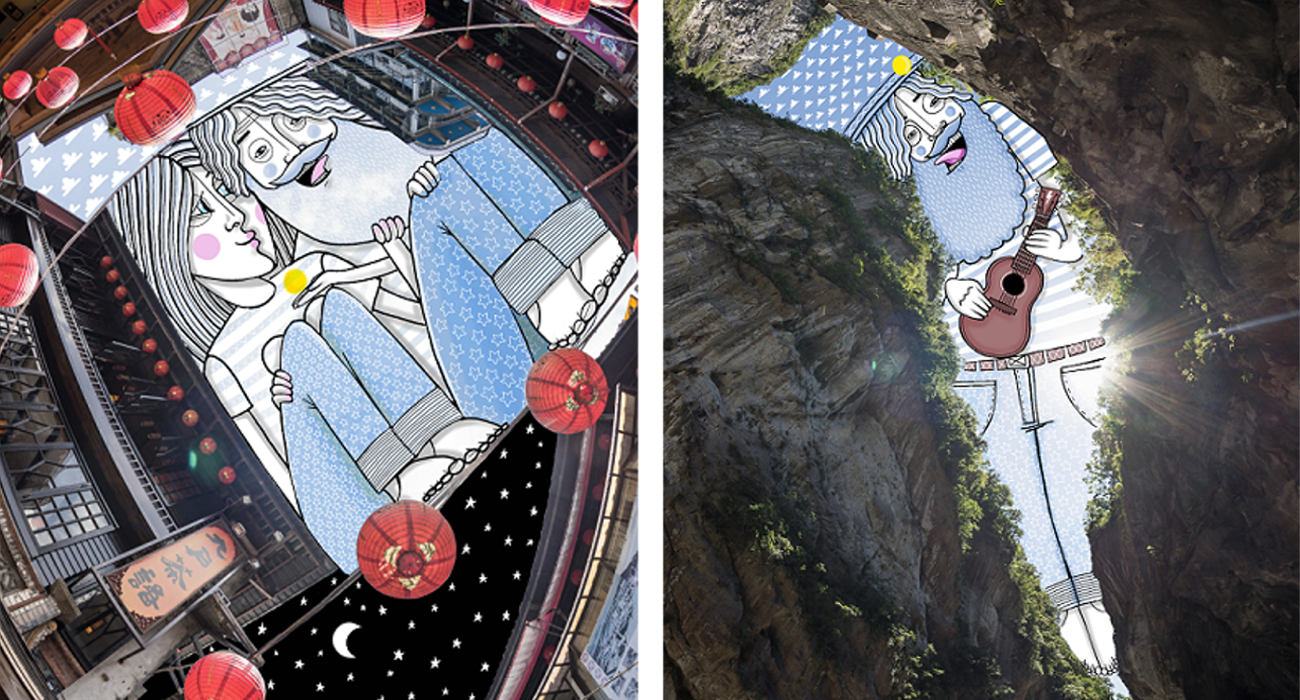 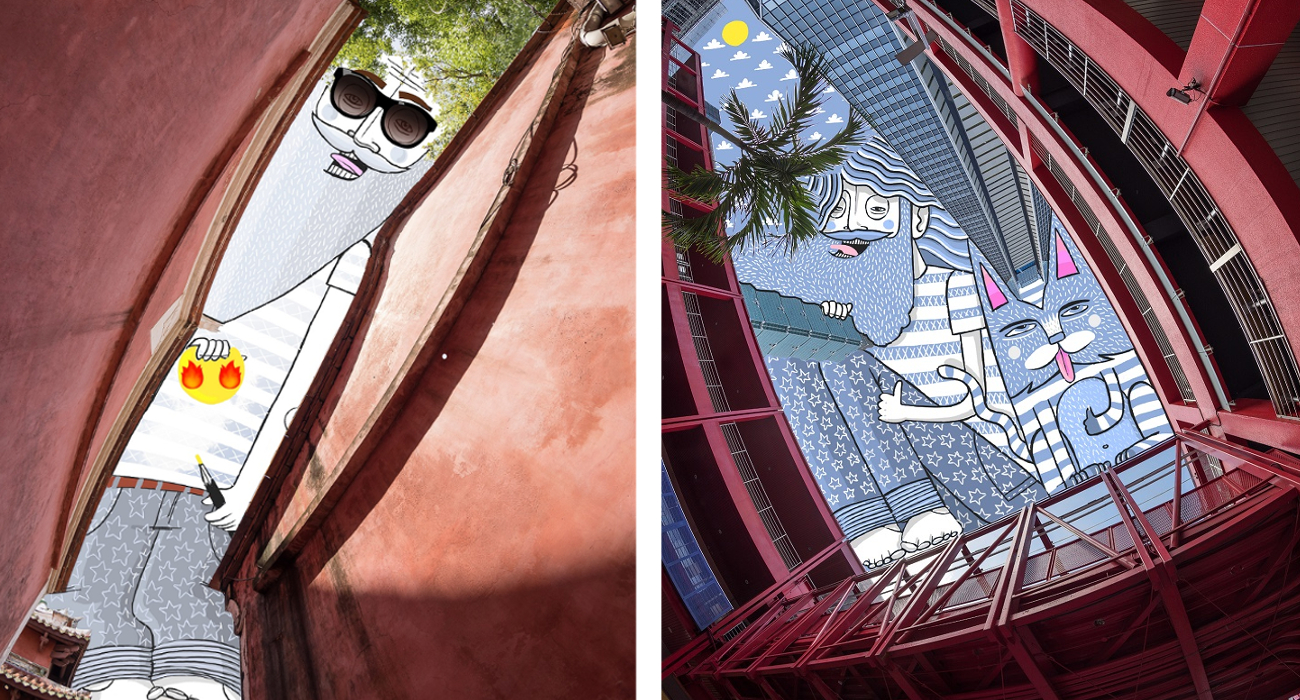 Its art-centric features and tools like the S Pen make the Galaxy Tab S3 the ideal addition for any artist’s toolkit. And, by observing and finding beauty in their surroundings as Thomas has, just about anyone can use it to channel their creativity and bring to life their own imaginative works.

Thomas Lamadieu’s SkyArt works created on the Galaxy Tab S3 during his travels in Taiwan will be on display at the Samsung Vision Lab in Taipei from August 5 to 20. They can also be viewed on Samsung Mobile Taiwan’s Facebook page starting August 5.